If you’re not sure who Walter Wallace, Jr., was join the hordes of mostly minority Philadelphians who are using his death at the hands of police bullets as another convenient excuse to loot.

If that sounds cynical, it is no more so than a tweet posted in Joe Biden’s name on Tuesday, the day after the shooting that reads:

Our hearts are broken for the family of Walter Wallace Jr., and for all those suffering the emotional weight of learning about another Black life in America lost.

Our hearts are broken for the family of Walter Wallace Jr., and for all those suffering the emotional weight of learning about another Black life in America lost.

You’ll notice that the tweet contains a “Read More” link, which when clicked takes you to a page with this heartfelt message: 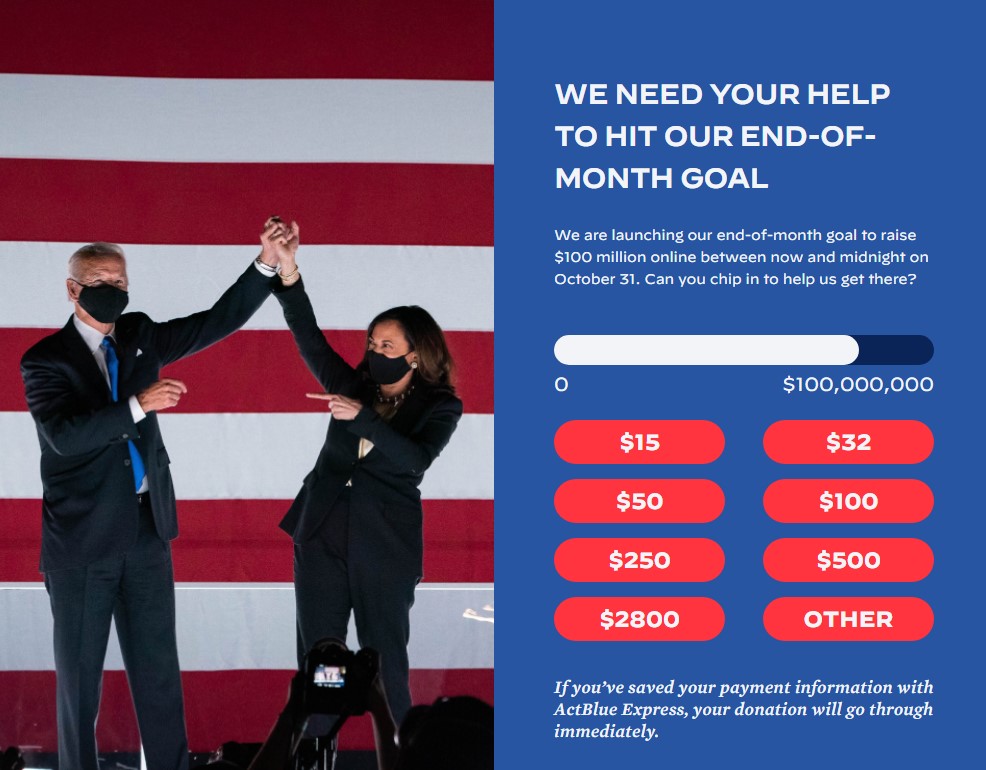 By the way, someone should remind Biden that he and his running mate aren’t supposed to clasp hands or stand this close to each other, but surely that’s just a momentary lapse from a man whose anti-COVID hygiene is impeccable. (RELATED: VIDEO: Biden lowers his mask to cough right into his hand)

As for his sympathies over Monday’s shooting and the aftermath, Biden hasn’t uttered a word about the thirty members of Philadelphia’s Finest, who were injured attempting to keep the peace during hours-long unrest the night of the shooting. Nor has he condemned the ongoing violence or its source.