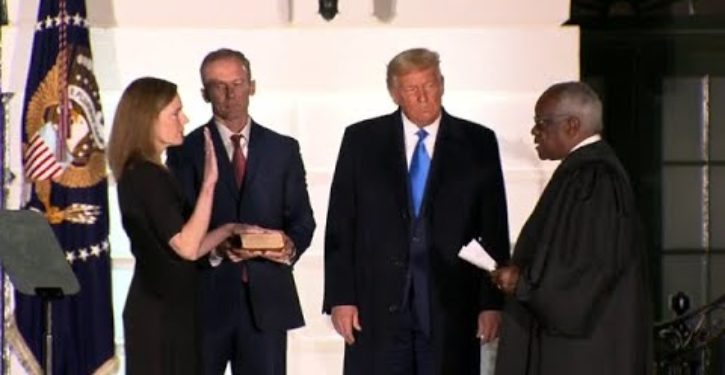 Last night, the U.S. Senate voted 52-48 to promote Judge Amy Coney Barrett to Justice Amy Coney Barrett. After the votes were tallied, Democrats — none of whom had voted to confirm — took their ball and went home.

Among the more petulant responses from the minority was that of Sen. Mazie Hirono (D-Hawaii), who accompanied her thumbs-down gesture not with a simple “no” but an emphatic “hell, no.” Sen. Ed Markey (D-Mass) blasted not only Barrett but originalism, which he had tweeted earlier in the day was racist, sexist, and homophobic.

Some of the senators promised there would be hell to pay, among them Senate minority leader Chuck Schumer (D-N.Y.), who warned on the Senate floor that “Generations yet unborn will suffer.” So a man who supports unfettered abortion wants us to believe he gives a fig for “generations unborn.” Interesting.

Another of the avengers was one-time candidate for the Democratic nomination Elizabeth Warren, who provided her rationale for why the “Republicans fought so hard to steal this Supreme Court seat.” She never got around to explaining how carrying out the Constitution to the letter amounted to theft, but maybe she’s saving that a future lecture. 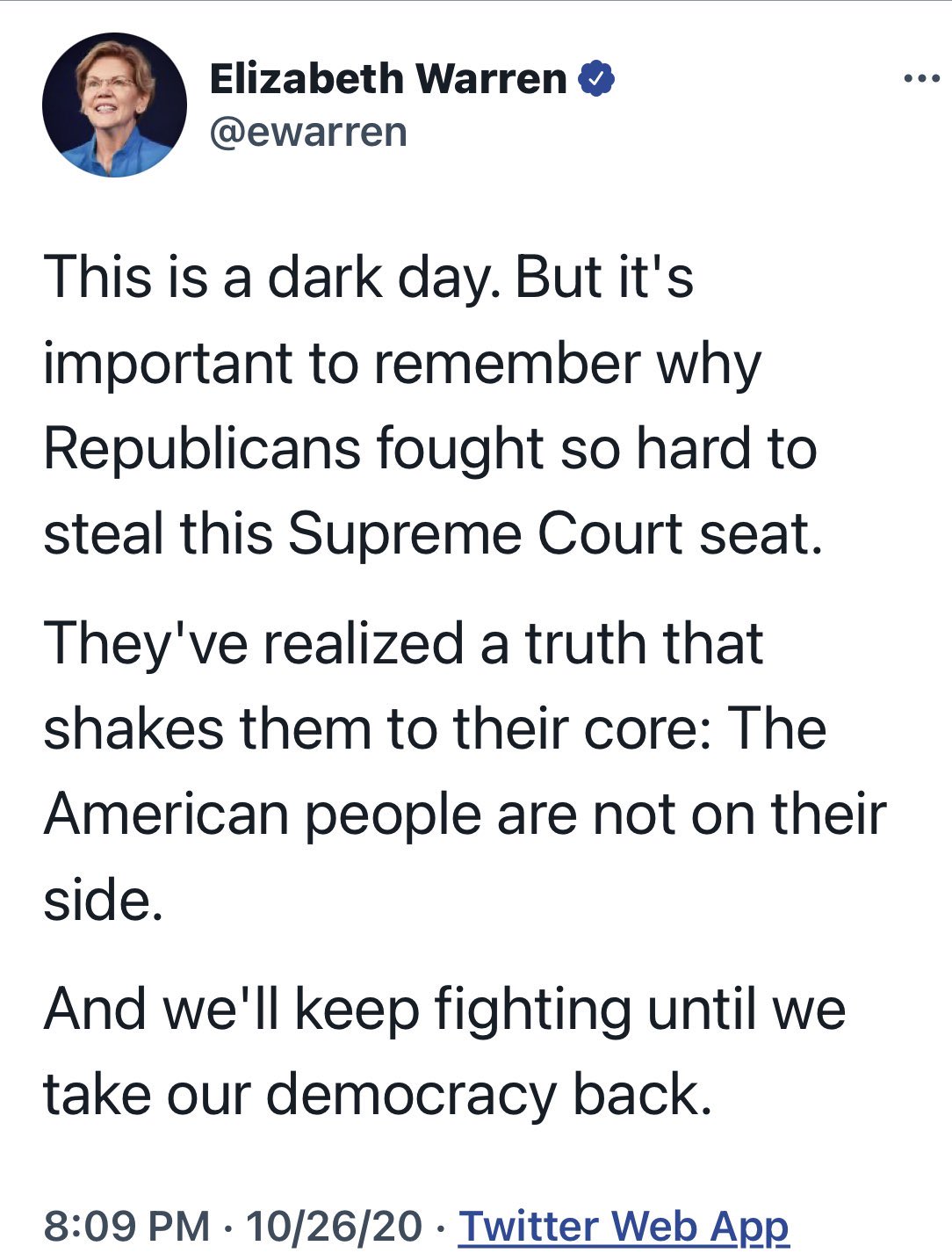 And there you have it. Her explanation for why Republicans didn’t do the “right thing” and honor the supposed dying wish of Ruth Bader Ginsburg is because deep down they know that “the American people are not on their side.”

But if that’s true, then how are we to interpret a poll from six days ago revealing that 51% of voters Senate supported Barrett’s confirmation while a mere 28% did not.