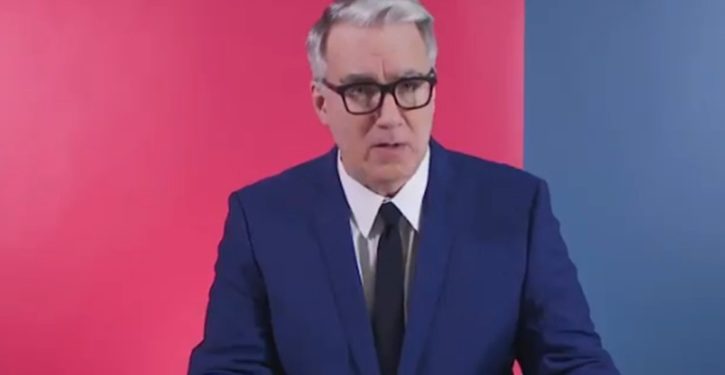 We haven’t heard much lately from Keith Olbermann, arguably the most unhinged far-left hatemonger ever to show his face on camera, but he’s back. It seems he has left ESPN — again — and is now hosting a YouTube channel ostensibly set up to help Joe Biden defeat Donald Trump.

On Thursday, Olbermann went off the deep end, telling his audience that Trump and his supporters need to be “prosecuted and convicted and removed from our society.”

He did not specify what, exactly, Trump and his supporters are allegedly guilty of.

“Trump can be, and must be, expunged. The hate he has triggered, Pandora’s boxes he has opened, they will not be so easily destroyed,” he said.

“So, let us brace ourselves,” he added, saying, “The task is two-fold: the terrorist Trump must be defeated, must be destroyed, must be devoured at the ballot box, and then he, and his enablers, and his supporters, and his collaborators, and the Mike Lees and the William Barrs and Sean Hannitys and the Mike Pences and the Rudy Gullianis and the Kyle Rittenhouses and the Amy Coney Barretts must be prosecuted and convicted and removed from our society while we try to rebuild it and to rebuild the world Trump has destroyed by turning it over to a virus.

Translation: Millions and millions of patriotic Americans must be prosecuted for some unknown reason, “expunged” and “removed from society.”

It seems as though he is calling tens of millions of Americans to be executed for the “crime” of supporting Donald Trump.

He had much more to say.

“Remember it, even as we dream for a return to reality and safety and the country for which our forefathers died, that the fight is not just to win the election, but to win it by enough to chase — at least for a moment — Trump and the maggots off the stage and then try to clean up what they left,” he said.

And he also seemed to incite violence even after Election Day.

“Remember it, even though to remember it means remembering that the fight does not end on November 3rd, but in many ways, will only begin that day,” he said.

Remove ACB fr society. @KeithOlberman in YouTube rant: “Trump can be and must be expunged….His enablers…the Mike Lee’s, the William Barr’s and the Sean Hannity’s and the Mike Pence’s…and the Amy Coney Barrett’s must be prosecuted and convicted and removed from our society” pic.twitter.com/jC0AgOhAMU

This type of rhetoric is nothing new for Olbermann, as we and others have reported.

Suffice it to say, every time Olbermann opens his mouth, he proves my long-held assertion that liberalism, at its core, is an ideology of insane, bloodthirsty rage and hate. 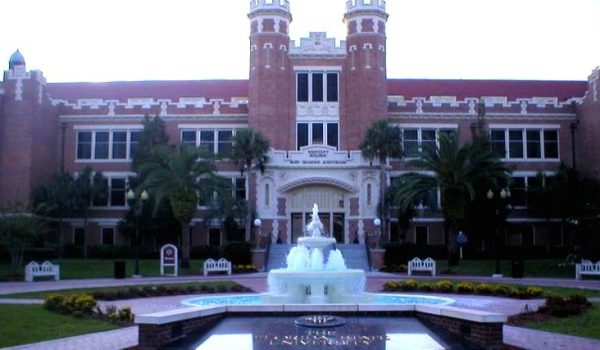 FSU student removed from student senate over texts critical of BLM; court intervenes
Next Post
Biden: Voters ‘don’t deserve’ to know if he will pack the Supreme Court