The Supreme Court may be packed with progressive judges if the Democrats take control of the Senate and the White House this fall. Democratic nominee Joe Biden has repeatedly refused to answer questions about whether he will pack the Supreme Court, while implying that he would be justified in doing so.

On October 9, Biden said voters don’t “deserve” to know his stance on packing the Supreme Court. In an interview with a Las Vegas TV station, Biden was asked if he supports expanding the highest court in the land to include more than nine justices. “Don’t the voters deserve to know where you stand on” this issue, a reporter asked. “No, they don’t deserve,” Biden snapped.

Earlier, Biden refused to disclose whether he would pack the court with progressive judges. “You’ll know my opinion on court packing when the election is over,” he told reporters in Arizona on October 8. He said he wouldn’t reveal whether he wants to add justices to the Supreme Court because it would become a headline. In short, noted the New York Post, “He’ll let you know his plan for the Supreme Court” only “after you’ve cast your vote.”

If Biden opposed court packing, he would have said so, to reassure voters: more people oppose court packing than support it, especially among swing voters. So Biden’s refusal to answer the question likely means he plans to pack the Supreme Court.

Court-packing means enlarging the high court from nine justices, as it’s been since 1869, to as many as 15 — and filling the new seats with left-leaning judges, flipping the court from a restrained, conservative slant to an activist, progressive one. It’s so radical that the Senate (and the public) rejected it even when President Franklin Roosevelt pushed it after the Supremes threw out much of his early New Deal as unconstitutional.

Moreover, doing it now would require killing the Senate’s filibuster rules entirely — opening the door to lots of other radical legislation…Biden has a long, long history of going along as the left tramples on tradition and precedent to have its way with the courts. As chairman of the Senate Judiciary Committee, he delayed the confirmation hearings for Supreme Court nominee Robert Bork for months so that the left could put on an unprecedented national ad campaign to blacken Bork’s name….After that, Sen. Biden went along  as Democrats in the George W. Bush years broke with all precedent and started filibustering judicial nominees to keep eminently qualified right-leaning judges off the bench. Then, as vice president, he went along as Democrats ended the filibuster for most court nominations — allowing them to give the courts a huge push to the left.

He’s spent decades moving left on all of this. Heck, Biden’s now claiming it’s (somehow, he can’t say how) “unconstitutional” for Republicans to hold a vote to confirm Amy Coney Barrett to the court before Inauguration Day — when as recently as 2017 he said senators are constitutionally “required to give the nominee a hearing and a vote.”

Yet Joe Biden falsely claims that Trump’s nomination of federal judge Amy Coney Barrett is “not constitutional,” a claim echoed by his deputy campaign manager. That claim has been refuted by even liberal journalists, such as CNN’s Jake Tapper.

As NPR notes, long before Justice Ginsburg’s death, several Democratic Senators “said they were open to the idea” of packing the Supreme Court, “including Sens. Cory Booker of New Jersey, Kirsten Gillibrand of New York, Amy Klobuchar of Minnesota, Elizabeth Warren of Massachusetts and Kamala Harris of California, now the vice presidential nominee.”

Many progressive commentators have argued that Trump is not entitled to fill a Supreme Court vacancy so close to the end of his term in office, and that Democrats should pack the Supreme Court if he does so.

But nothing in the Constitution bars appointments late in a presidency. Indeed, the most famous Supreme Court justice who ever lived, John Marshall, was appointed by President John Adams “just before” Adams left “office” due to having been defeated in his reelection bid. Presidents can appoint judges to vacant positions at any time, as long as the Senate consents. After President Jimmy Carter was defeated for reelection in 1980, he appointed Stephen Breyer to be a judge on an appeals court. Breyer was later appointed by President Clinton to the Supreme Court.

But Democratic Senators are so unhappy about President Trump filling a Supreme Court vacancy that they claim it justifies Democrats packing the Supreme Court in revenge. Massachusetts Senator Ed Markey said “when Democrats control the Senate in the next Congress, we must abolish the filibuster and expand the Supreme Court.”
Democratic candidates who once opposed court packing now appear to support it, even in conservative states. Montana Governor Steve Bullock is running for the Senate in a state that Republican presidents carry easily. He is now warming to the idea of court-packing, according to the Associated Press: Bullock said “he would be open to measures ‘including adding justices’ to the bench, a practice critics have dubbed packing the courts.” That is a change from his past statement that court-packing is not “a solution to the challenges we face now.” Senator Chris Coons (D-Del.), who used to oppose court-packing, now says that Republicans merely filling the vacancy on the Supreme Court “constitutes court-packing,” and could lead to the Democrats packing the Supreme Court in retaliation.

In 2016, progressives argued that the Senate has a duty to fill vacancies on the Supreme Court, and that its refusal to confirm President Obama’s nominee was a reason for Democrats to pack the Court in the future. Now, they argue that the Senate has a duty to keep Justice Ginsburg’s seat vacant, and that filling it would be yet another reason to pack the Supreme Court.

The NPR story quotes progressive academics making both of these inconsistent arguments simultaneously:

To University of Chicago law professor Brian Leiter, the current Supreme Court makeup is already evidence of court packing. “The Republicans packed the court after Scalia’s death when they denied President Obama his choice,” Leiter told NPR. “Now they want to pack it further and more consequentially, given that they would appoint a conservative to replace the liberal Ginsburg…The Democrats would be crazy not to do their own court packing.”

Former Democratic National Committee Chairman Howard Dean argues that court packing is need to “undo” the effects of conservative judges being appointed to the courts. He labels the routine appointment of conservative judges to vacant positions as the courts being “packed.” Whatever a Republican Senate does — either confirming a justice, or refusing to confirm a justice — can be deemed “court packing” by Democrats and their media allies, if it results in the judiciary becoming less progressive. The Washington Post editorial board member Ruth Marcus says Republicans were “not entitled to fill” either of two Supreme Court vacancies during the Trump administration. Both actions, she claims, were examples of how “The GOP is Packing the Court.”

As Professor Josh Blackman notes, “For some time, there has been a poorly-kept secret in Washington: as soon as the Democrats take power, they will make four power moves,” including packing the Supreme Court. “To date, most prudent Democrats have refused to discuss these four moves aloud,” says Blackman, who joined many other academics in publicly opposing Trump in 2016.

He says the Democrats will take the following four steps (regardless of whether Republicans fill the vacancy on the Supreme Court this year):

(2) Pack the Supreme Court, by expanding it to include more progressive justices.

(3) Expand the lower courts to pack them with progressive judges.

(4) Expand the Senate to include more progressive Senators, by granting statehood to progressive enclaves like the District of Columbia.

Biden may need to abolish the filibuster to get his most left-leaning policies enacted. As the progressive Peter Beinart put it in The Atlantic, Biden has embraced “an agenda that is further to the left than that of any Democratic nominee in decades.”

Obama was able to overcome filibusters by getting moderate Republicans to vote in favor of his stimulus package and his financial reform legislation. But it is hard to imagine even those Republicans voting for Biden’s huge spending increases.

Biden has proposed vastly more spending than any past Democratic nominee. He supports $11 trillion in new government spending. By contrast, Hillary Clinton supported only $1.4 trillion in new spending in 2016. 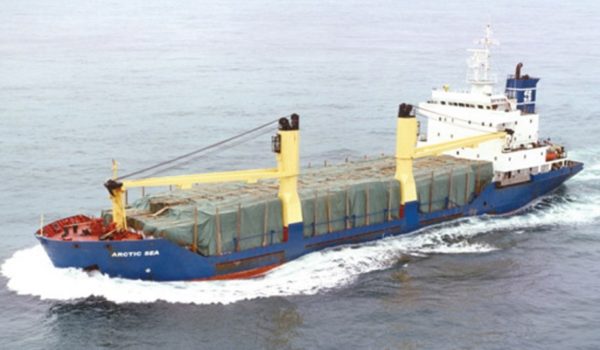