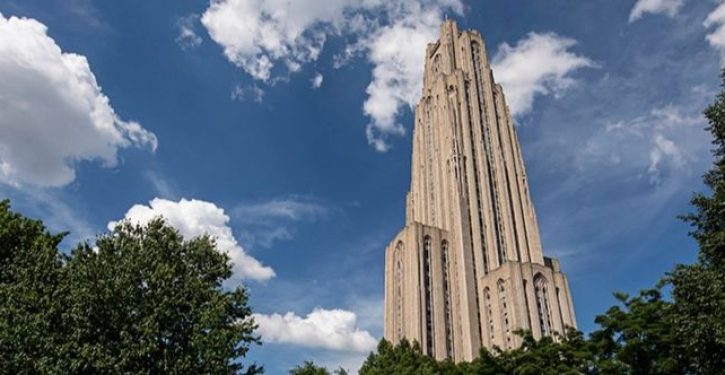 The U.S. Department of Education (“Department”) has become aware of facts suggesting the University of Pittsburgh (“Pitt”) improperly targeted Dr. Norman Wang, associate professor of medicine, with a campaign of denunciation and cancellation due to the publication of his peer–reviewed scientific article in the Journal of the American Heart Association advocating race–neutral admissions and hiring in cardiology. Specifically, it appears Pitt’s senior officials removed Dr. Wang as Program Director of the Clinical Cardiac Electrophysiology Fellowship at the University of Pittsburgh Medical Center (“UPMC”) on July 31, 2020, disparaged his scholarship, and subjected him to public vilification solely because his academic paper concluded, inter alia, “Ultimately, all who aspire to a profession in medicine and cardiology must be assessed as individuals on the basis of their personal merits, not their racial and ethnic identities.” Consequently, the Department is concerned Pitt’s many representations to students, faculty, and consumers in the market for education credentials regarding its support for academic freedom are false. … The facts further suggest Dr. Wang may have been disparately treated because of his race (Asian). That is, Pitt would not have acted against him for publishing an academic paper containing the same or similar arguments and empirical data if he were of a different race. …

The Department is opening an investigation to determine if Pitt has violated statutes and regulations prohibiting misrepresentations by institutions of higher education [because Pitt promised “academic freedom” and “freedom of expression” in its bylaws and “statement on academic freedom” yet violated these freedoms]. … Also, the statements made by Pitt’s authorized officials denouncing Dr. Wang, his research, and his advocacy of race–neutrality suggest Pitt supports and uses a system of overtly race–based preferences in its admissions and hiring at Pitt and UPMCand in other parts of its education.

First Amendment experts called Wang’s removal a violation of the First Amendment. Law professor Eugene Volokh said affirmative action is “an issue which people should be debating. But instead of debating it, basically the University of Pittsburgh is saying: ‘We will remove you from your positions, if you express these views.’” Volokh said Wang’s article was protected speech, because it did not indicate he would refuse to carry out any University policy, nor did it disrupt any university functions. Former Assistant Attorney General Roger Clegg called Wang’s removal from his position “reprehensible.”

Racial and ethnic preferences at both the undergraduate and professional school levels for blacks and Hispanics result in relatively weak academic starting positions in classes. This has been postulated to lead to poor performance through compounding ‘academic mismatch,’ stress‐related interference, and disengagement. Many do not complete their intended programs or do not attain academic success to be attractive candidates for subsequent educational programs or employment…

Dr. Wang’s concern — that affirmative action can harm the very people it is intended to help — is shared by respected academics and legal commentators. Stuart Taylor is a legal commentator who used to write for the Legal Times and graduated first in his class at Harvard Law School. He and Professor Richard Sander wrote a book about how lower admissions standards harm many black students. Their book is titled, “Mismatch: How Affirmative Action Hurts Students It’s Intended to Help, and Why Universities Won’t Admit It.”

Far harsher criticism of affirmative action than Dr. Wang’s has been ruled protected speech by the courts. The California Department of Corrections attempted to fire prison guard John Wallace after he angrily denounced its affirmative action plan to the Hispanic female employee he perceived as benefiting from it, at his expense. An appeals court ruled this criticism of the plan was protected speech, and ruled he couldn’t be fired for it, in Department of Corrections v. State Personnel Board, 59 Cal.App.4th 131 (1997).

Dr. Wang was removed from an administrative position, not his position on the faculty. Administrators have less free speech protection than ordinary faculty do.

But even administrators have some leeway to criticize affirmative action.  A federal appeals court ruled that an “assistant fire chief in charge of personnel” could express opinions at odds with “city policy on affirmative action” to a minority group, without being fired. (See Meyers v. City of Cincinnati (1991)).

Such rulings apply with even greater force to speech in universities. Universities have less power to police speech by their employees than prisons or fire departments do, because prison guards and firefighters are “paramilitary” employees who are subject to strict discipline, but university employees are not.

It is perfectly legal not to give racial preferences to blacks and Hispanics. The Supreme Court upheld Michigan’s state constitutional ban on race-based affirmative action in Schuette v. Coalition to Defend Affirmative Action (2014).

So Dr. Wang was not advocating anything illegal. Indeed, race-based affirmative action can itself be unconstitutional, as the Supreme Court has made clear by striking down some college affirmative-action policies that discriminated against whites and Asians. (See Gratz v. Bollinger (2003) and Regents of the University of California v. Bakke (1978)).

Criticism of affirmative action can also be protected by the civil rights laws. When a man was laid off for criticizing an affirmative-action plan, a court ruled that could constitute illegal retaliation, even though the man was mistaken in believing that the affirmative-action plan was illegal. An appeals court ruled that a jury could find that the layoff and the company’s subsequent refusal to rehire him were illegal retaliation in violation of Title VII of the Civil Rights Act, and 42 U.S.C. 1981. (See Sisco v. J.S. Alberici Const. Co. (1981)).

The Education Department suggests that Dr. Wang would not have been removed from his position had he been of a different race. It is certainly true that black professors who write articles criticizing racial discrimination — such as race-based affirmative action, or discrimination against blacks — have not been removed from their positions for doing so. But most such critics are at other institutions, not the University of Pittsburgh. So the investigation may not ultimately prove racial discrimination against Professor Wang.