On Tuesday, DNI John Ratcliffe released partially declassified documents that back up his letter to the Senate last week in which he outlined key activities by John Brennan in the Russiagate operation in 2016.

Brennan, according to Ratcliffe’s letter, had briefed Obama on “Russian intelligence” about Hillary Clinton.  The gist of the intelligence was that on 28 July 2016, Clinton approved a campaign operation to create a scandal about Trump being involved with Russia in pilfering Democratic emails.

Brennan briefed other top officials as well, and in September 2016 sent an investigation referral on Russia and the election to Peter Strzok at the FBI, including the explicit information that Hillary Clinton was running an operation to smear Trump.

In his letter last week, DNI Ratcliffe offered to provide a more extensive classified briefing on the documentation of these events to Congress.

This week, he started Tuesday off by forwarding to the Senate committee Brennan’s partially declassified notes from the brief with President Obama, and the September 2016 letter to Peter Strzok.

The Brennan notes and the September 2016 letter were published by Fox News on Monday.  They are still heavily redacted, and what we learn from them doesn’t tell us anything new.  The unredacted portions are just cryptic enough that we have to understand this: the assertions in Ratcliffe’s letter to the Senate must be based partly on the still-classified, redacted portions.

We don’t see anything, for example, about U.S. intelligence knowing what Hillary was doing based on an estimate from Russian intelligence.  Ratcliffe’s letter indicated that was the source described by Brennan, but it’s apparently hidden under the redaction blackouts.

This is all a step in the right direction, of course, although the real “bombshell” was last week, in the disclosure that Brennan’s brief to Obama referred to Hillary being behind the smear op against Trump.

Any number of comments crowd in demanding to be made.  But time is short, and focus is essential.  So I want to focus.

Here’s what must be said.  There was a reason Brennan provided this brief to Obama, and I doubt very much it was because Obama didn’t already know what Hillary was up to.  There was also a reason Brennan kept notes that might one day be found.  He didn’t have to do that, especially on such a matter.  But he did.

For comparison, it has been obvious from the outset that James Comey arranged to leave a trail of copious meeting notes as a means of framing what “history” – including IG investigations – would conclude about his actions.  James Comey had what happened in the Oval Office, or any other office he was in, commemorated to outline a picture advantageous to James Comey (whether he wrote it down, or his subordinates took notes from his debriefs to them).  There’s an art to doing that and making it look like an industrious record of the boss’s instructions, and Comey is apparently a master at it.

When we consider Brennan’s notes from briefing Obama, it’s a good question why he felt it necessary to memorialize the discussion by featuring the name “Hillary Clinton” in neon lights and specifying that it was the Russians who cued him to her plan to smear Trump.  (His handwritten caret insertion of the date 28 July for Hillary’s decision to adopt the plan looks awful darn particular.  Clearly, he felt the date had some significance.  In the context of a visit to the Oval Office at that specific time, it would tell us a lot to know what that significance was, and why he added the date, as opposed to having it flow in his original text, or not feeling the need to put it on paper at all.)

I’m sure readers can think of a reason or two why Brennan would keep such a record.  Without drawing conclusions, I merely want to highlight that that’s what is important about this discovery: that Brennan wrote it down and preserved it for posterity, with those particulars.

Meanwhile, back on Tuesday 6 October 2020, within hours of Ratcliffe’s document release to the Senate, President Trump tweeted this.

I have fully authorized the total Declassification of any & all documents pertaining to the single greatest political CRIME in American History, the Russia Hoax. Likewise, the Hillary Clinton Email Scandal. No redactions! https://t.co/GgnHh9GOiq

We will see what comes of it.  I’m not sure of the full scope of what POTUS has in mind, but if it’s more than just painfully forcing the declassification of one stray document after another, over an extended period of time, then Trump himself is going to have to take charge.

For one thing, if it’s done piecemeal, important records will go missing.  That’s guaranteed.  Even if we hadn’t heard from sources cited by The Federalist that CIA Director Gina Haspel is hoping to wait Trump out, common sense and experience would tell us that what senior CIA culprits can bury, they will bury.

For another thing, a protracted declassification fight would leave Brennan (and others, like James Clapper) in the position I think Brennan wanted to be in: i.e., being able to shape expectations about what’s going to come out and what the emerging story is.

There’s a better than 50% chance Brennan kept his meeting notes from briefing Obama in 2016 in order to establish that he (Brennan) “found out” about the anti-Trump smear op through Russian intelligence, and that Obama was then briefed on it, along with others including Susan Rice, Denis McDonough, and a “JC” who Fox News suggests was James Comey.  (The mention of briefing Rice and McDonough appears to dovetail with the brief the Washington Post reported in a June 2017 article, which Brennan gave to those officials and Obama “in early August” of 2016.  That meeting resulted in formation of Obama’s interagency task force on “Russian interference,” and the intelligence “fusion center” Brennan created with Strzok as a participant. The brief probably took place 1 or 2 August 2016.  “JC” might also refer to James Clapper.)

The account implied in Brennan’s notes pretty much isn’t ground truth about the whole story of Russiagate, as has been evident from all the other things we’ve unearthed about Russiagate, and Brennan and his activities.

So Brennan’s notes tell a tale advantageous to Brennan.  They appear to exculpate Obama from prior knowledge about the Trump-smearing op, but nevertheless indicate that Obama knew by around 1 August 2016 that Hillary was doing it.  Yet nothing has ever indicated Obama acted in good faith as if he were aware of that fact.

By the “RICO-enterprise” reading of this script, Brennan’s notes were insurance that he himself, John Brennan, wouldn’t be left holding the bag.  While giving Obama plausible cover, the notes also serve as a warning to Obama about what Brennan knows.

Getting past that effect of piecemeal disclosures requires declassifying Russiagate as a wholesale, clear-the-decks effort.

I hope Trump, Barr, Durham, and Ratcliffe have seen that already, and have prepared the battle space as necessary.  Half-measures won’t work here.  Declassifying Russiagate has to be done as a lightning strike, or it won’t be worth doing at all.  It’s going to hurt.  The only important “sources and methods” concern, however, is making sure any deep-cover assets who might be collaterally implicated are moved out of harm’s way.

Everything else can be rebuilt.  The national security emergency for the United States is the set of atrocities perpetrated against American citizens with Russiagate and Spygate.  Nothing matters more.  America herself will not survive as a constitutional republic if the full truth on this doesn’t come out for the people’s inspection. 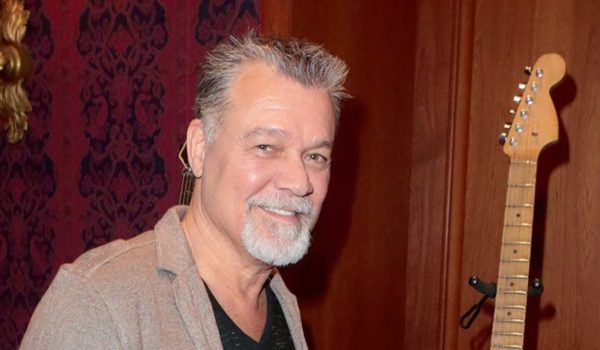