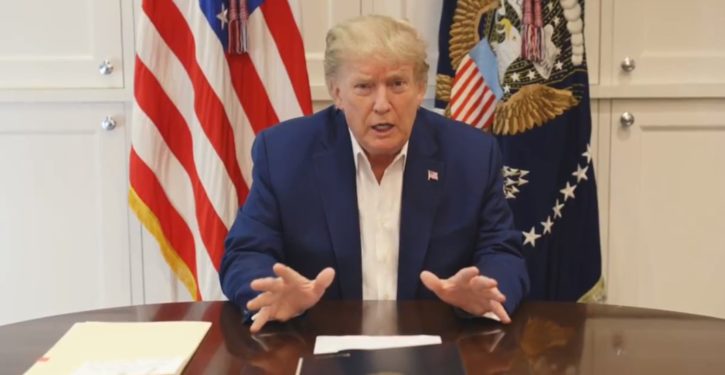 The fact that we can see such signs immediately is a sign in itself, because it means this was precoordinated.  That seems to answer the question whether the scope of President Trump’s declassification order was comprehensive.

If it was comprehensive, it had to be planned and coordinated.  It wouldn’t work if it weren’t.

I have fully authorized the total Declassification of any & all documents pertaining to the single greatest political CRIME in American History, the Russia Hoax. Likewise, the Hillary Clinton Email Scandal. No redactions! https://t.co/GgnHh9GOiq

“I have fully authorized the total Declassification of any & all documents pertaining to the single greatest political CRIME in American History, the Russia Hoax. Likewise, the Hillary Clinton Email Scandal. No redactions!”

All Russia Hoax Scandal information was Declassified by me long ago. Unfortunately for our Country, people have acted very slowly, especially since it is perhaps the biggest political crime in the history of our Country. Act!!!

“All Russia Hoax Scandal information was Declassified by me long ago. Unfortunately for our Country, people have acted very slowly, especially since it is perhaps the biggest political crime in the history of our Country. Act!!!”

There wasn’t a lot to make of this at the time, other than the usual blustering tone.  But we know from experience that Trump is always communicating for a reason.

I held fire last night, as these additional tweets went flying by,

Can’t believe these con men are not yet being PROSECUTED. Pathetic! https://t.co/FXn48qMHdE

Where are all of the arrests? Can you imagine if the roles were reversed? Long term sentences would have started two years ago. Shameful! https://t.co/w2s8LdiRu0

Wow!!! NOW DO SOMETHING ABOUT THIS, THE BIGGEST OF ALL POLITICAL SCANDALS (IN HISTORY)!!! BIDEN, OBAMA AND CROOKED HILLARY LED THIS TREASONOUS PLOT!!! BIDEN SHOULDN’T BE ALLOWED TO RUN – GOT CAUGHT!!! https://t.co/hf7zjqZYQ4

POTUS seemed pretty energetic on this topic.  He’s been energetic before, but I don’t remember quite such a barrage of tweets hammering the “where are the charges?” theme.

Then Wednesday also brought this.

That’s news.  The day after Trump tweets “declassify it all!” – the DNI sends 1,000 documents to the DOJ.

Those 1,000 documents were already identified, racked, stacked, and ready to be sent.  That’s precoordination.  Not only did the DNI know which documents his office was going to send; the Justice Department undoubtedly did too.  It just hadn’t (a) seen them unredacted, and/or (b) received clearance to use them in a court proceeding.  This is probably a set of documents John Durham’s team has been waiting for.  This is what they’ve been doing all those months.

Journalist Paul Sperry also provided news.  Gateway Pundit collated it; the bottom line is that according to the information from Sperry’s sources, “Joe Biden is now the subject of an active federal criminal investigation into his role in the CI probe directed at Trump’s 2016 campaign.”

BREAKING: Joe Biden is the subject of an active federal criminal investigation into his role in the counterintelligence investigation directed @ the Trump campaign during the 2016 election, incl the former vice president's activities in Ukraine.Ukrainian witnesses are cooperating

That’s movement.  This too is what Barr, Durham & Co. have been doing all those months.  Keep in mind, Ukraine, its connections to the DNC and Hillary, and its activities with the Obama administration, and with Joe Biden in particular, are all integral to the anti-Trump operation of 2016.  Whether or not the DOJ received cueing directly from Ukrainian sources, the cueing from information readily available for investigation in the United States was sufficient to merit a DOJ probe.

At Gateway Pundit, Christina Laila ends on a note of concern about the DOJ probe into Biden and the Biden family business in Ukraine.

“Will the ‘active investigation’ be used to hide documents?” she asks. She includes a tweet with words to that effect.

BREAKING: The @TheJusticeDept will use the 'active federal criminal investigation' status as an excuse to stop releasing incriminating documents and emails to Congress and the public. The investigation will go nowhere. The swamp is deep… pic.twitter.com/pgQw1arYs9

And the answer is, Very possibly.

Hee hee.  That’s a feature, not a bug.  From whom will such documents be “hidden?”  Not from the prosecutor at the DOJ.

If the documents are withheld from anyone because of the active investigation, they’ll be withheld, as the tweep suggests, from Congress (and the media and the public, of course, but Congress is what matters).

That means Adam Schiff can’t spend his days on Capitol Hill slipping information from the documents to the media.

In the next few months, the DOJ will have the documents it needs, but there’s a good chance most of them won’t be released, other than in redacted form, to a leaky Congress.  Congress will probably get some redacted documents, and that will be useful to some extent for analysis of what’s going on when trials haven’t started yet, or may have sessions behind closed doors.  But Congress won’t be able to prejudice courtroom proceedings by releasing information out of sync with prosecutors.

That’s not a bad thing at all.  If we want indictments to actually produce something, it’s a good thing.  Congress and the public will have our day.  We’ll have to, because a whole lot of the Obamagate shenanigans aren’t necessarily prosecutable.  They’re just unconscionable, unacceptable, and unsustainable in a constitutional republic.  That’s for us to take on as a political question; i.e. how do we fix it.

So far, this is looking promising: gears engaged, governor on.  The ride is officially in motion.  We’ll see where it goes.

What DOES a socialist look like?
Next Post
The V.P. debate: The now-obvious shortcomings of the old-school format 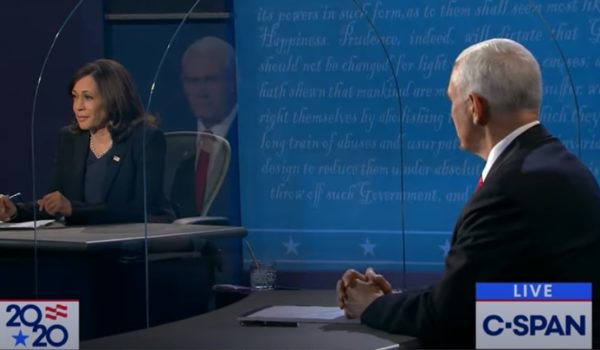