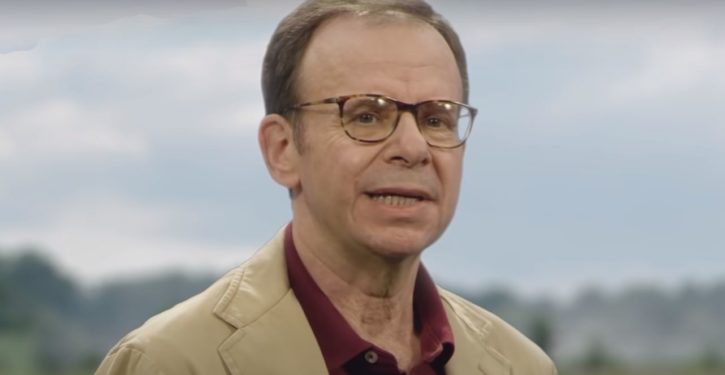 One of the more unfortunate consequences of the resurgence of the Black Lives Matter movement and the concomitant focus on racial equality is the return of random black-on-white attacks on New York City streets. These attacks, which became commonplace in 2014 following the death of Michael Brown in Ferguson, Mo., were originally carried out by a gang of teens, who considered it a “game.” It went variously as “Polar bear” (since the victim was white) or “knockout.”

In this latter-day version, the perpetrator is again often a teen or young adult but the victim is generally elderly.

The most recent of these attacks occurred on Thursday, typically in broad daylight. The brazenness of these attacks suggests they are viewed by the perpetrator as some sort of “evening of the score.”

Rhis time the target was a celebrity: actor Rick Moranis.

A report by New York station ABC 7 includes a video of the assault, in which the 67-year-old Moranis was sucker-punched in the head by the attacker, who then nonchalantly strolled on down the block as if nothing had happened.

Moranis reportedly suffered injuries to his head, back, and hip in the attack and was taken to a hospital for evaluation.

On Friday police released a much clearer video still of the suspect whom authorities are still looking for.

Breaking Update: Police release photo of the suspect wanted in the random and violent attack on actor Rick Moranis on the Upper West Side. https://t.co/WSNcD41r4f pic.twitter.com/pmcnLigRri