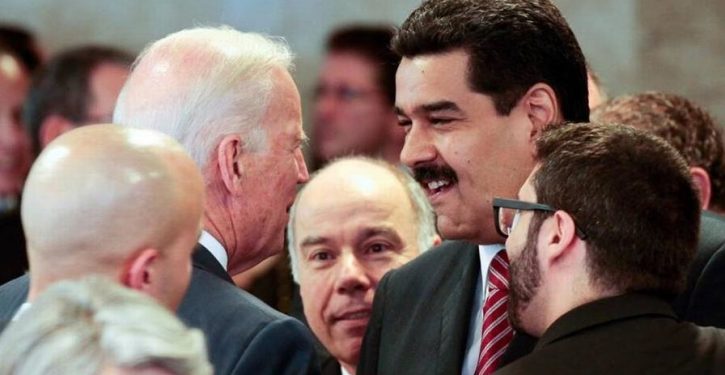 The debate is over, the polls are in, and most of the results are predictable. CNN’s post-debate poll finds 6 in 10 saying Joe Biden won the debate. CBS News’s Battleground Tracker, in conjunction with YouGov, found the margin of victory to be closer but still significant with Biden at 48% and Donald Trump at 41%.

But the results of one poll should not only energize the Trump camp but will send up alarms among the Bidenites. That was the Telemundo News poll, which showed Trump blowing Biden out of the water, 66% to 34%.

The poll may not translate to actual ballots cast, but it has to give team Biden pause, especially in the wake of other polls like the one conducted among Florida’s Hispanic voters by Equis Research, a Democratic Latino research firm. The poll conducted the first week of September found Biden with a commanding lead at 53% but Trump with a healthier showing at 37% than pollsters might ordinarily predict. (RELATED: Trump has given Hispanic voters a booming economy. Dems shouldn’t count on their support)

Biden probably didn’t endear himself to Hispanic voters last week when he gave an interview on the Spanish-speaking network in which he appeared to be reading his answers to questions off a teleprompter.

Trump goes after Biden over son’s role at Ukrainian energy firm, $3.5 million wire payment
Next Post
Why Democrats will take the Senate, abolish the filibuster, and transform society