On Sunday, the video journalists at James O’Keefe’s Project Veritas posted a video documenting a ballot-harvesting scheme in Ilhan Omar’s district in which workers for political candidates requests vote-by-mail ballots for residents, and harvesters then collect the ballots for the candidates’ workers to “vote” when they arrive.  The full-length video, embedded further below, is a must-watch.

One of the participants captured on camera works for Ilhan Omar.  A harvester describes how voters are handled in the district, with their blank ballots being collected from them, and the voters then signing them after a candidate’s worker has filled them in.  Money then changes hands on the spot.

Omar Jamal, a member of the Somali community who has been working with the Hennepin County Sheriff’s office, participated with Project Veritas in gathering the information – because, he explains, what’s going on destroys the integrity of the vote.  He’s called the “Insider.”

Early on, we see a conversation with a member of the Minnesota Democratic Farmer-Labor Party (DFL), discussing a video clip of Liban Mohammed, the ballot harvester who works for Ilhan Omar.  The clip of Liban Mohammed is the first raw footage of the video; in it, Mohammed makes it clear that winning elections is about bringing the money.  He’s the payoff man.  As the PV video continues, we see how that plays in.

PV journalist: He (Liban Mohammed) said I have 300 (ballots) right here. And he had them in his hand. Got it right here.

DFL member: So question: did you ever ask yourself how did he (Liban Mohammed) get them?

PV journalist: Yeah, how did he get them? …

DFL member: You just don’t go. And like, I was looking at them. And they (ballots) were not filled.  They were blank.

PV journalist: Right. They were – some were open.

Liban Mohammed bragged in the initial clip about having 300 ballots in his car.  The Labor Party member noted that quite a few of them were blank.

Then, at 4:30, the PV journalist holds a conversation through a Somali interpreter with one of the voters (also captioned in the video as a ballot harvester).  This is one of the individuals Liban Mohammed needs the cash to compensate.

PV journalist: Who is the one filling out the absentee ballots?

(“Translator” into Somali [interpreter] speaks; the translation of the PV journalist’s questions into Somali will not be included in this transcript)

Ballot harvester (in Somali): The ones who work for the campaign (Ilhan Omar’s) … and they send them for us too.

[Interpreter]: People who work with like Ilhan Omar and the other candidates work for them.

Ballot harvester: There are some Somali people who work with Ilhan.

[Interpreter]: Ilhan has a handful of people that work for her.

[Interpreter]: They came to us, to our apartments.

Ballot harvester: They say this year, you will vote for Ilhan.

[Interpreter]: They tell us that this year, you’re gonna vote for Ilhan.

Ballot harvester: They say we will apply for the absentees’ ballots. We will fill the [request] form for you, and when you get it back, we will again fill it out and send it.  You stay home and you will not go to the place.

[Interpreter]: You don’t go nowhere.  You stay home.  We’re going to fill out for the absentee ballot.  One canvasser would come and get it.  You just go nowhere, you stay here.

Ballot harvester: When we get the mail back they mark for us, saying, ‘This is Ilhan.’

[Interpreter]: They fill out for us.

Ballot harvester: Then they sign it for us, put it in an envelope and send it.

[Interpreter]: Then they issue it by themselves.

Ballot harvester: When we sign the voting document and they fill it out is when they give us the money.

[Interpreter]: The minute we sign the thing for the election. That’s when we get paid.

Later in the video, three apartment complexes are identified where, according to the local source (a woman), every single by-mail ballot is collected by the harvesters.  According to her, the elderly simply have their ballots taken from them.  Younger people complying with the ballot scheme are paid; again, on the spot.

The woman speaking about the ballot collection in the apartment complexes says that the money in one transaction she referred to came from Ali (Isse) Gainey, the campaign chair for Ilhan Omar.

Gainey, says Omar Jamal, is the deputy director for Ilhan Omar’s office in Minneapolis.  Just after the 8:00 mark, the female speaker, a former political worker, describes Gainey’s method in terms a bit different from the scenario laid out in the trasncript above.  Gainey has voters gathered together and directed how to fill out their ballots, rather than having harvesters fill the ballots out for them.

A number of Somalis are very clear on what’s happening.  A candidate for city council in Ilhan Omar’s neighborhood (Ward 6) says, “It’s not right.  That there’s, you know, corruption. It’s pretty much an alliance of clan and the progressive left.”  He goes on to name four elected political officials, including Ilhan Omar, who are in the same cousin family.

Andy Ngo points this out: “Some closed migrant communities take advantage of the ignorance of host societies to carry out election, immigration & public assistance fraud.”

Important video. Some closed migrant communities take advantage of the ignorance of host societies to carry out election, immigration & public assistance fraud. Ilhan Omar still has not set the record straight on how many siblings she has in her immediate family & who they are. https://t.co/3gZZqMW6C5

It would seem so.

The female former political worker describes people from outside Minneapolis – who reside elsewhere and collect benefits elsewhere – coming in for the elections and participating as “voters” in the ballot-harvesting effort.  “Truck drivers are coming,” she says, “getting temporary addresses.”  The numbers, by her reckoning, are in the hundreds.

Yes: importing “voters” from outside Omar’s district, in order to beef up her numbers.  Apparently, like nuking the entire site from orbit, it’s the only way to be sure.

Liban Mohammed, meanwhile, is committing a crime by harvesting hundreds of ballots at a pop.  Minnesota law allows the harvesting of no more than three, by one person, per election date.

But it appears that quite a bit of it is in her district in Minneapolis.  County Attorney Jeff Wojciechowski says all this is illegal, and his office will be looking into it. 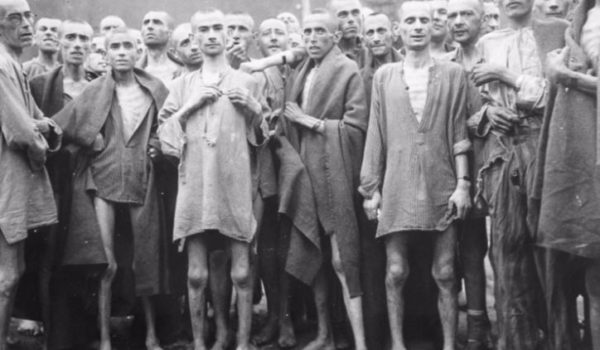