The Biden-Harris immigration plan could allow up to 52 million new immigrants to settle in the U.S., according to a Federation for American Immigration Reform (FAIR) analysis provided to the Daily Caller News Foundation.

“This dramatic increase would eclipse the entire current foreign-born population of the country,” FAIR, a nonprofit that advocates for reduced immigration, stated.

The campaign’s proposals, which include eliminating detention for many illegal border crossers, halting border wall construction, and scaling back deportation, would also increase the taxpayer-funded costs of services and benefits for illegal aliens to more than $200 billion annually — a 50% increase’s analysis.

“Campaigns are an opportunity for candidates to present to the voters their vision on important policy matters,” FAIR President Dan Stein said said in a statement. “To their credit, the Biden-Harris campaign has done just that on immigration policy.”

“But policy proposals are not just words on paper,” he continued. “If implemented, they will have quantifiable results. They can mean more legal and illegal immigration or less; greater costs to taxpayers, or less.”

FAIR's President Dan Stein talks to @CIS_org's Director of Policy Studies, @JessicaV_CIS, about the immigration enforcement (or lack thereof) and changes we can expect from a Biden administration. https://t.co/jDzQBaJoin

The Biden-Harris immigration plan would enable 43 million individuals to participate in family-chain migration through an amnesty program. The analysis determined that figure based on its estimate that 12.6 million adult illegal immigrants reside in the U.S., and according to the Department of Homeland Security, each immigrant sponsors 3.45 family members for green cards.

Former Vice President Joe Biden proposes “providing a road map to citizenship for nearly 11 million undocumented immigrants.” This will increase the number of illegal aliens that attempt to cross the southern border.

The Democratic presidential nominee also plans to reinstate the Deferred Action for Childhood Arrivals (DACA) program. According to the Migration Policy Institute, there are at least 1.3 million illegal immigrants eligible for DACA.

According to FAIR, the illegal alien population has increased by 3.1 million primarily because “there have been few consequences for employers who hire illegal aliens.” FAIR projects that the total illegal immigrant population will reach 20 million by 2024.

But Biden’s plan to end large-scale workplace raids “will only incentivize more illegal immigration,” meaning that FAIR’s “estimate is almost certainly on the conservative side” if he is elected.

“It is important to get beyond rhetoric and look at the real-world implication of policy proposals if they become law, so that voters can understand the choices they are making,” Stein said in his statement.

FAIR’s analysis concludes: “During a time when tens of millions of Americans are out of work, the focus of all presidential candidates needs to be on how to help American citizens find gainful employment, not importing millions of new migrants to compete for the few jobs currently available. “ 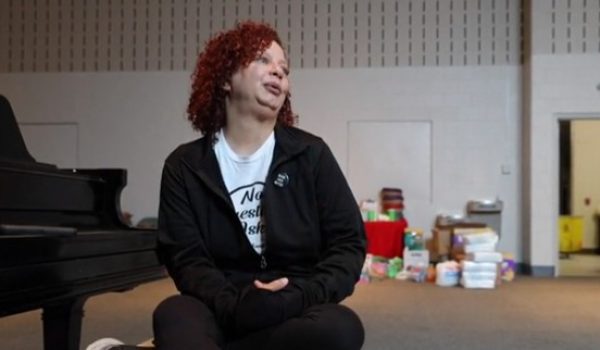 Prominent BLM activist lied about being black
Next Post
VIDEO: Remember when Democrats were constitutionalists?