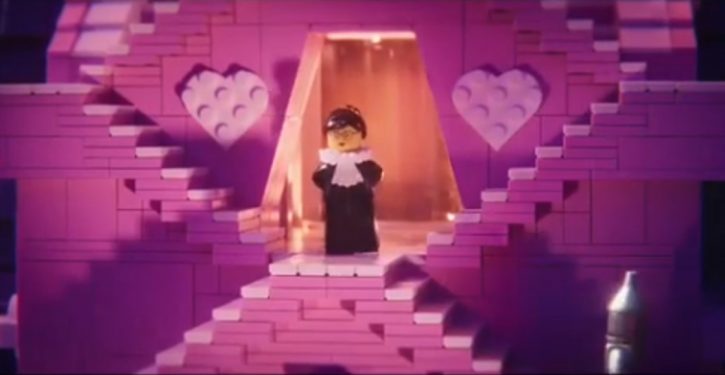 Back in 2018, Ruth Bader Ginsburg made a speaking appearance in New York following a performance of “The Originalist,” a play about the late Justice Antonin Scalia. “I’m now 85,” she told her audience, for whom she was almost a cult figure. “My senior colleague, Justice John Paul Stevens, he stepped down when he was 90, so think I have about at least five more years.”

Her words elicited “a collective exhale,” the Washington Post reported. “Her admirers soon realized that Ginsburg is very much alive, and that the news was that she does not plan on stepping down anytime soon.”

On Friday, when the report of the justice’s death at 87 hit the streets, those fans discovered to their shock and horror that her predictive powers were no match for skills as a jurist. Liberals took the news of her passing in a variety of ways. Some of those who had offered to donate their bodily organs to her when they first learned of Donald Trump’s plans to nominate a judge named Brett Kavanaugh to the high court went ballistic.

Former CNN host Reza Aslan tweeted out “Over our dead bodies. Literally” to word that Sen. Mitch McConnell planned to fill Ginsberg’s seat as soon as possible, adding, “If they even TRY to replace RBG we burn the entire f*cking thing down.”

If they even TRY to replace RBG we burn the entire fucking thing down.

Former Obama Attorney General Eric Holder was a guest on Al Sharpton’s MSNBC show “PoliticsNation,” where he declared that a conservative majority would be “illegitimate, never explaining what that meant.

Former Democratic nominee for president Amy Klobuchar similarly accused Republicans of “trying to steal RGB’s seat,” again with no clue as to how.

Even mainstream Democrats flashed their ignorance. Senate minority leader Chuck Schumer, who earlier this year turned a deaf ear on arguments that removing the president that close to an election would deny the American people their will to choose, hypocritically tweeted:

The American people should have a voice in the selection of their next Supreme Court Justice. Therefore, this vacancy should not be filled until we have a new president.

Perhaps the best, or at least the funniest reaction of all was that of Democratic nominee Joe Biden, who advised:

Let me be clear: The voters should pick a President, and that President should select a successor to Justice Ginsburg.

He’s right. Voters have picked a president. His name is Donald Trump. And he and he alone should select a successor to Ginsburg.

In middle of Rosh Hashanah greeting, Biden forgets what he is saying
Next Post
Biden, desperate to appeal to Hispanic voters, compares Trump to Fidel Castro. Look who’s talking