ABC’s “The View” has offered its viewers some rare glimpses into the liberal mind. Such as when co-host Whoopi Goldberg earlier this year declared that Joe Biden’s wife, Jill — who is the proud possessor an Ed.d— is “an amazing doctor” and should be named Surgeon General in the event the former vice president wins the presidency in November. Or when Goldberg revealed in 2016 that she considers herself a “slave” for being paid $5 million a year to host the show. Or when she opined that freed terrorists should be given the right to vote.

This is not to suggest the other hosts on the show don’t contribute their share to the many “teachable moments” the show provides. It was Joy Behar, for instance, who thought to ask guest Michael Cohen how “we” can make the American people stop loving Trump. The question seemed to be predicated on the incorrect assumption that the former Trump attorney was “in love” with his boss but somehow “snapped out” of it. Behar wants to know whether the American people could learn the same “fix” so that they can bring themselves stop voting for Trump, or something.

The really sad part is that Cohen appears to treat the question seriously.

JOY BEHAR: You know, Michael, I want to ask you something. You snapped out of your love for Donald when they — basically when you got caught, right?

MICHAEL COHEN: No, that’s not true.

BEHAR: Then you started — well, then you started to see the light at a certain point because basically you were in trouble. Am I right or wrong? Quick answer.

BEHAR: Here’s my question. All right. Here’s my question because I think it’s important. I want to know from you. Here you have a lot of people in this country who seem to be in love with him the way you were, OK? And I use the term loosely, and yet you snapped out of it. You see what’s going on. He basically leads the country against their interests. He lies to them constantly. They’re dying by enormous numbers and they don’t seem to be able to snap out of it. Do you have any suggestions of what we can do to get these people to see the light the way you did?

COHEN: Well, I tried to do that in my House Oversight hearing and I tried to do it again in the book “Disloyal.” What I’m doing is I’m explaining to people, this is the real Donald Trump. I have peeled back the onion so that people can understand and know who the man really is. It’s Trump Derangement Syndrome, and yes, 38% of this country believes everything that he says or makes excuses like I did. The same excuse why I allowed him to say the things he did about my daughter in front of me. We all, everyone at the Trump Organization, made excuses for him, and when you walk into the building —

COHEN: It’s your show. You can do what you want.

For the Republic to survive Trump’s presidency, he must be tried for his crimes
Next Post
Is it his dementia or his ignorance? Either way, Biden is unaware N. Korea has nukes 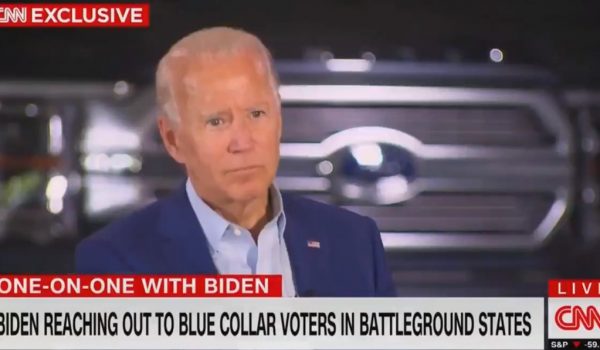