Yesterday marked the nineteenth anniversary of the 9/11 attacks — aka, the day some people did something — and the true victims are bored. Angry, to. And so to make their feelings known (for the past three months these brave souls have been concealing their pain), BLMers took to Twitter, using the hashtag #AllBuildingsMatter.

Some who posted tweets with the hashtag attempted to anticipate the backlash it would generate by noting other examples of suffering, past and present, against which 9/11 (in their view) pales: 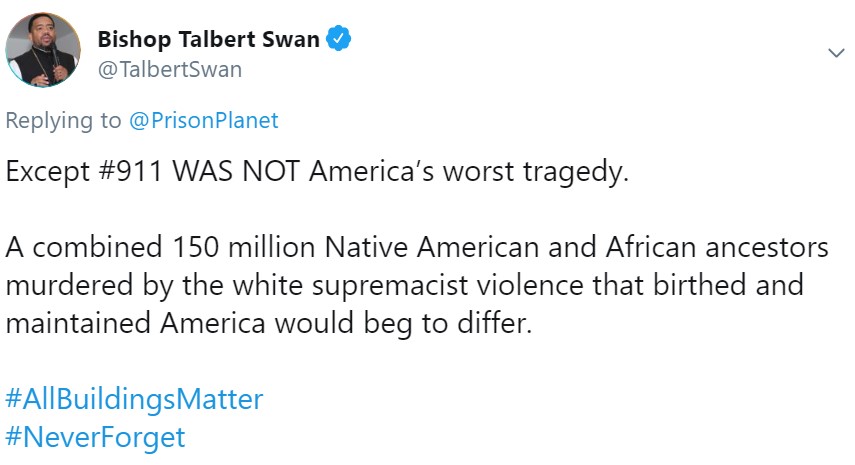 The New York Post notes that the tasteless “joke” was popularized by “Saturday Night Live” cast member Michael Che in a 2016 comedy special in which he “questioned why black people have to get over slavery, segregation and police shootings while everyone is told to ‘never forget’ the 9/11 terror attacks.”

The comment is too vapid to deserve a serious answer, but maybe if Che is still searching for one he can find it in the reactions on Twitter to this year’s display, which was so greeted as obscene and offensive that “even protesters ripped the hashtag.”

“If any of you self-important childish babies tagging #AllBuildingsMatter even had a clue what happened this day 19 years ago, had seen it, had experienced it, you’d never open your mouths again,” @PerfectByGrace wrote. 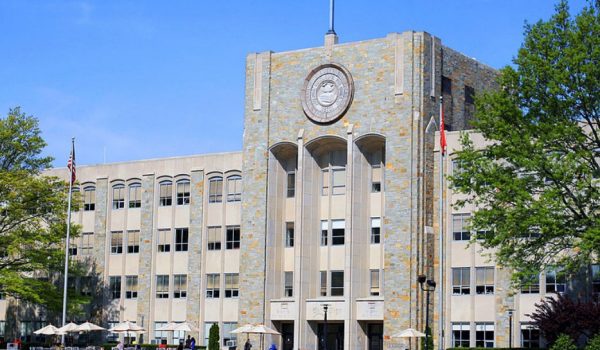