Will we eventually know what really happened in Colorado Springs this past week?

That’s a good question, now that the city’s mayor has already pronounced the shooting incident to be an act of “domestic terrorism.”  (For some reason, our authorities don’t seem able to jump to conclusions quite as quickly when a suspect shouts “Allahu akbar!” while attacking American servicemen.)

The drumbeat of a narrative emerged almost instantly, about Planned Parenthood being attacked because Colorado Springs is a “hub for conservative Christians” (whatever that is) who are implicitly slavering to shoot up abortion clinics.

A counter-narrative is also circulating, with some reports suggesting that the shooting attack on Friday had nothing to do – at least nothing that goes to motive – with the Planned Parenthood location on which subsequent news coverage has centered.

In the interest of having something to refer back to, I want to set down what it appears we know right now.  I think we actually know quite a bit.  But there’s no telling how little will be released to us in the coming days, now that the police department has said that the investigation documents for this case will be sealed, and the police won’t disclose information about the shooter’s motive or the weapon he used.

It looks like the Colorado Springs shooter in Friday’s attack began his rampage in a parking lot somewhere outside the building that houses the west-side Planned Parenthood clinic.  Eventually – at least two hours later – he moved into the Planned Parenthood offices.  (See links below for the particulars I’m reconstructing here.)

It was in the Planned Parenthood offices that Robert Lewis Dear, 57, was apprehended by police.

But the initial 911 report of gunfire, made at 11:38 AM by an employee of Planned Parenthood from inside the building, indicated the gun shots were coming from outside.  (LU’s Renee Nal summarizes additional points about that here.)

There is a group of medical service buildings at the general location, which as a whole is known as the Center at Centennial.  The three buildings in the group have the addresses 3470, 3480, and 3490 Centennial (marked on the images).  There are multiple medical offices, clinics, and service shops in these buildings – including three other than Planned Parenthood in the building at 3480 Centennial (Family Medicine Center, Centennial Health, and the independent practice of an osteopath).

It’s unlikely that the shooter was specifically targeting these other practices.  More importantly, however, it isn’t clear that anyone who was injured or killed on Friday was hit in the Planned Parenthood offices, or anywhere else in the building at 3480.

We do know Planned Parenthood has said none of its employees was injured in the attack.  In fact, the clinic took its “active shooter” security precautions and moved all of its 15 employees, and the nine patients who were reportedly present when the gunfire was heard, to a safe room in the back, away from the front door.

We do have some information on the victims, and know a little about where they may have been hit.

We now know the identity of the two individuals besides police officer Garrett Swasey who were killed.  One was Jennifer Markovsky of Waianae, Hawaii, who had moved to Colorado with her husband and two children.  She was reported by family members to be at the Planned Parenthood clinic on Friday to support a friend.  Her friend was shot in the hand.  We don’t know where the two were shot; they may have come under fire in the parking lot.

We can assume that if they had been among the nine patients in the waiting area, when the clinic’s employees activated their shooter plan, they would have been moved to the back with the others.  According to summaries from Planned Parenthood, the people who were hunkered down in the back came out unscathed.

The other fatality was Ke’Arre Stewart, a 29-year-old Iraq war veteran, husband, and father.  Nothing in the reporting about him suggests he was at the Planned Parenthood clinic.  But there were at least two dozen other medical-service practices he could have been visiting in the Center at Centennial.  Notably, the VA clinic is less than half a mile south of the Center at Centennial, on the southeast side of the intersection of Centennial and Fillmore (see NYT graphic).

It’s also possible he wasn’t in the Center at Centennial at all, but somewhere just south of it.

We haven’t been told where Officer Swasey was shot.  But we have the following reports to confirm that the shooter, Robert Dear, was spraying gunfire around the area from the parking lot on the south side of 3480 Centennial, and possibly from adjacent spots as well.

– One injured victim was hit at the Elite Vision optical shop, which is in suite 105 of 3470 Centennial.  (See Gazette timelines.)  The suite would be on the ground floor, and we can guess it’s on the southwest face of the building, across the access street from 3480.  We don’t have a time on this.

– Another injured victim, Mr. Ozy Licano, described being hit by rounds from the shooter while he (Licano) was in his car backing out of the 3480 parking lot, trying to get away.  Dear was in the parking lot, outside the building, at the time he was shooting at Licano.  We don’t have a time on this either.

– A witness from the Super Cuts in the strip mall south of Chase Bank described the police arriving and setting up in the parking lot on the south side of the Chase building.  From the timeline at the Colorado Springs Gazette, we can place this between about noon and 1 PM local time on Friday.  The witness, Denise Speller, said that she and others in the salon saw a police officer “go down” behind his car, in that parking lot south of Chase, after a flurry of shots had been heard.

That tells us that the police at a minimum considered the parking lot south of Chase to be within the threat radius of the shooter.  It’s not clear if the policeman who “went down” was hit by gunfire.  But we can assume the police in that parking lot thought there was a danger from gunfire there.

These points open up our understanding of what happened.  For some period of time, the shooter, Dear, was shooting in multiple directions around the whole area south and east of the 3480 parking lot.

In other words, there was a period of at least two hours when Dear could have been hitting people with gunfire all around the area.  According to the Gazette timeline, three of the five police officers who were injured in the incident had been wounded by 12:45 PM, meaning they were shot outside in the standoff with (and hunt for) Dear.

The first update that appears to refer to Dear being in the Planned Parenthood building is at 2:08 PM.  A fourth injured police officer was confirmed at 2:38 PM, but the police had not breached the premises of 3480 yet.

Police were engaging in firefights with Dear from outside the building in the 2:00 and 3:00 hours.  Using a security camera feed, the police were able to observe Dear’s whereabouts inside the clinic and evacuate the clinic employees and patients holed up in the back.

Although I haven’t seen a specific time on this, the police ultimately used a Bear Cat to ram the clinic in their takedown assault.  This was probably just before they reported Dear’s surrender at 4:52 PM.  Police said he shouted that he would surrender, and did not resist.  There is no evidence that police officers were shot in this encounter, or anywhere inside the Planned Parenthood offices.

From what we know right now, it sounds likely that everyone who was shot was hit outside somewhere.  Nine of the shooting victims had been admitted to the two hospitals that handled them by 3:03 PM, suggesting that they were all hit outside the Planned Parenthood offices, and most if not all were hit while Dear himself was outside.  (He may have been inside, shooting out of the building, when he hit 2-3 of the victims.)

It may be that Dear ranted about “baby parts” and Obama after his arrest, as reported (with no details) from an unnamed source on Saturday.  The nature of the ranting is one thing that would need to established, for this to matter.  But Dear mainly appears to be an unbalanced individual, with a tenuous grasp on reality.  Besides registering to vote in Colorado as a woman, he has a history of odd run-ins with the law, and is described as making paranoid claims about being under surveillance by government agencies.  He lives in primitive circumstances in rural locations in Colorado and North Carolina.  (More about Dear here and here.)

We don’t know yet if this guy has left an “e-trail,” in the manner of information-era suspects who post manifestos and videos.  It seems doubtful, given his background and style of life.  He has no trail at all, apparently, that pegs him as an anti-abortion activist.

Is what we know enough to conclude that Dear was motivated to attack the Planned Parenthood offices specifically?  Perhaps.  But it’s not definitive.  He ended up in the building, but only after shooting up the surrounding area for at least two hours.

We can say at this point that we do not have evidence he was influenced by the Center for Medical Progress videos about Planned Parenthood’s baby-parts operations.  Maybe this guy spent a lot of time online looking at videos that have never been aired on network TV.  But he doesn’t seem to fit the profile of an online activist, or even news-gatherer — which at a minimum starts with an online presence.

In any case, now we wait.  Whatever Dear’s motive, this was a horrific incident, not excusable from any standpoint.  If he is mentally incompetent, there will be many people who will recoil at the idea that he cannot be held accountable.  The issues here are bigger than any pat political narrative, and that’s a dangerous thing.  As the layers are peeled back, we are guaranteed to find that there are already laws against everything that happened here.  We have to hope that the police and the local prosecutor will do their jobs impartially, now that the mayor has already given his conclusion about the incident.

ISIS sells women for $10
Next Post
Trump can’t mock disability, but Obama did, and media yawned 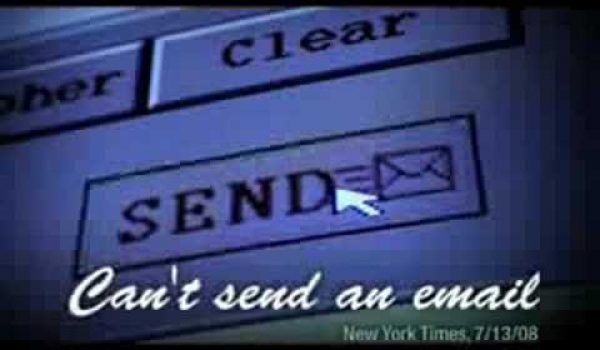