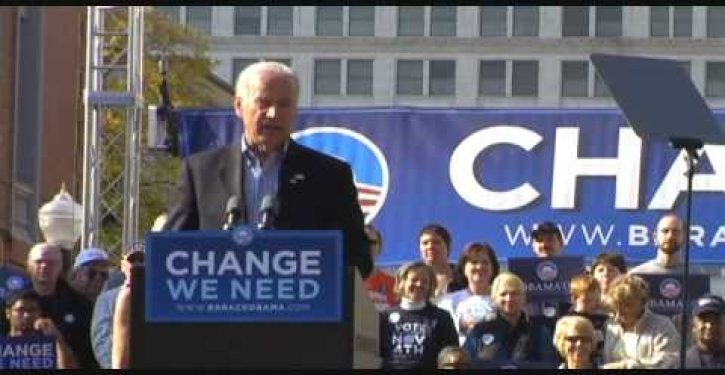 “Biden to pull TV ads off air on Friday to commemorate Sept. 11 attacks,” promises a headline that ran in The Hill on Thursday. The Associated Press similarly notes, “Biden insisted that he would steer clear of politics on a national day of mourning taking place in the midst of another unfolding tragedy, the pandemic.”

“I’m not gonna make any news today,” the former vice president is quoted as confirming. “I’m not gonna talk about anything other than 9/11. We took all our advertising down, it’s a solemn day, and that’s how we’re going to keep it, OK?” [Emphasis added]

At exactly 1:18 this afternoon, Biden went back on his word. His campaign ran the following half-minute pitch on MSNBC with the candidates himself doing the voice-over. The text of the ad appears after the video.

A job’s about a lot more than a paycheck; it’s about your dignity. Under my plan, 50% of emergency small business relief would be reserved for the smallest businesses to recover from the economic mess we’re in and to rebuild the economic future our country deserves, building wealth for families of color, building a future worthy of their courage and their ambition. Just imagine if we could truly unleash their full potential. I’m confident we can do this. I’m Joe Biden, and I approve this message.

There were plenty of others targeted at local markets:

.@JoeBiden is lying again using the 911 victims in the process, and no one in the media bothers verify his claims.

The AP article appears to imply that Biden was justified in reneging on his pledge because the Trump campaign ran ads, in “a break with tradition.”

So is that what voters can expect from a Pres. Biden? That he’ll be as trustworthy as the basest instincts of his opponent? Not exactly setting the bar high, is it? 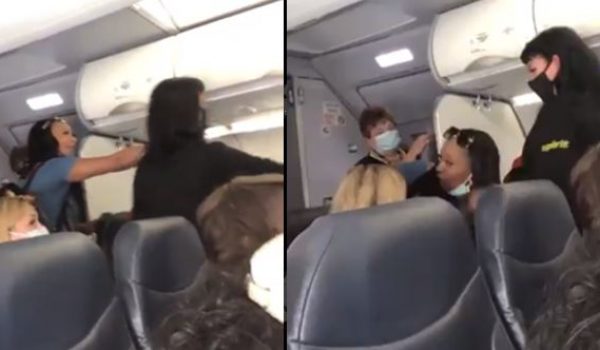 The king is dead. Long live the king!
Next Post
New York Times: Your race is based on your politics