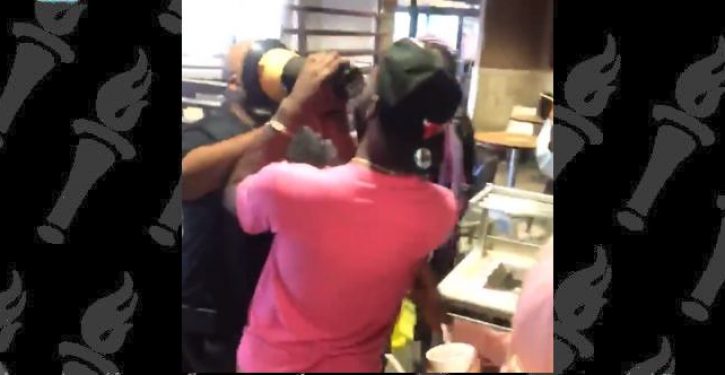 “The groom wore a black tuxedo with satin lapels, a black bowtie, and a white shirt with ruffles down the front. The bride wore the customary white.” Such was the account of a wedding written by a stringer at a newspaper I wrote for whose beat was clearly not the social page.

That humorous story came to mind when I read the not-so-humorous account of an explosive situation at a McDonald’s in Pittsburgh between Black Lives Matter activists and the store manager. The incident was captured on video, which has gone viral. Here is how Newsweek “breaking news writer” Meghan Roos headlines her retelling of events: “Trump Retweets Video of BLM Protesters Accosting Black Manager at McDonald’s.”

Huh, Trump? Where does he fit into this? Apparently from Roos’s perspective he is a central figure in the story. This is reflected again in her lede:

President Donald Trump on Tuesday retweeted a video that showed a group of Black Lives Matter protesters harassing a Black store manager inside a McDonald’s in Pittsburgh.

Not only is Donald Trump a noteworthy figure in the story, but so is “the conservative website Human Events,” which first posted the video, and “former National Rifle Association spokesperson Dana Loesch, whose post Trump shared with his Twitter followers.”

There is no mention of Trump, Human Events, the NRA, or Loesch, in paragraph four, which could be grounds for dismissal. Here it is:

In the video, a group of protesters can be heard shouting and chanting while standing and occasionally leaning over the ordering counter inside the McDonald’s. When the store manager tries to get the group to leave, one man who is seen using a bullhorn begins confronting him.

The last two paragraphs once again stray from the main point of the story — “Orange Man Bad” — though disinterested readers might find the information offered in them useful.

In a joint statement shared with Newsweek, officials with Pittsburgh Public Safety and Pittsburgh Bureau of Police said officers are investigating the protesters’ actions in collaboration with the U.S. Attorney’s Office and the Federal Bureau of Investigation’s Pittsburgh field office.

“People have the right to dine in public without being accosted and without vulgarities being thrown at them,” Public Safety Director Wendell Hissrich said. “What we saw this weekend was assault and battery. It was embarrassing. The vast majority of the protests in Pittsburgh have been peaceful, but this weekend was anything but peaceful.”

All joking aside, this article is one of the most irresponsible journalistic efforts you’re apt to read anywhere — and, yes, I’m including the stringer’s wedding story among the competitors. 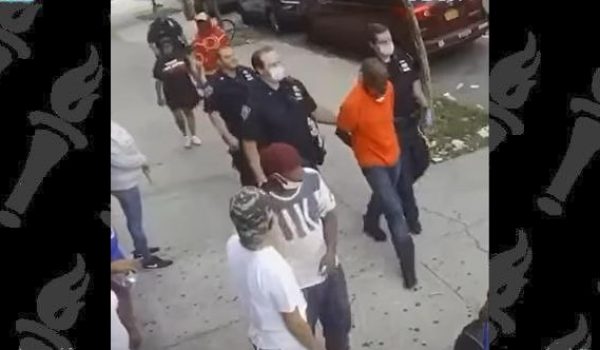