Someone in the DHS intelligence branch appears to have an open channel to ABC News.  On Thursday, ABC News cited an intelligence bulletin from DHS intel which the network had been privileged to obtain a copy of.

“Russia,” says the bulletin, “is likely to continue amplifying criticisms of vote-by-mail and shifting voting processes amidst the COVID-19 pandemic to undermine public trust in the electoral process.”

The bulletin states that public discussion of COVID-19 measures and the election “represents a target for foreign malign influence operations that seeks to undermine faith in the electoral process by spreading disinformation about the accuracy of voter data for expanded vote-by-mail, outbound/inbound mail ballot process, signature verification and cure process, modifying scale of in-person voting, and safety and health concerns at polling places, according to CISA guidance documents provided to state and local election officials.”

The sentence above seems to mean that the CISA guidance describes voting procedures, about which the Russians are spreading disinformation.  If you read the DHS bulletin at this link, the counter it offers to the skepticism shown by Russian media is that the Cybersecurity and Infrastructure Security Agency (CISA) has, in fact, provided the election guidance enumerated.  The bulletin includes a chart laying out the categories for the CISA guidance.

And that’s it.  There’s nothing more: no demonstration of any effect this is having, or a meaningful connection to “interference.”

The Russian media theme is that voting by mail en masse makes voting problems and fraud more likely.  The DHS counter is not that that’s a false proposition.  It’s that there is guidance that’s been put together for holding the 2020 vote by mail, on the expected mass scale that we’ve never seen before.

To call the Russian media theme “disinformation” is thus to denature the term.  Russian media aren’t saying there’s no guidance or planning.  They’re expressing an opinion on the likely consequences of mass voting by mail, an opinion that cannot be refuted but only disagreed with.  They’ve also reported on voting problems in the primary elections, in exactly the same terms as U.S. media, including the major mainstream outlets.  That can hardly be considered a form of disinformation or interference.

It’s gratifying, of course, that DHS is confident in the CISA guidance.  But it’s not intelligence. Nor, for that matter, is it actionable.  The DHS Intel bulletin is basically just bait.

There’s nothing inherently wrong with pointing out what themes the Russians are flogging in their state media outlets and proxies.  But writing up U.S. guidance for vote-by-mail security as if it shows the Russian claims to be disinformation is not an intel activity; it’s cheerleading.

Intelligence could as well note that Russians are confident their S-400 air defense system is better than the U.S. F-22 stealth fighter, but then counter that claim with pom-pom waving about the awesome qualities of the F-22, and conclude with high confidence that Russia is trying to undermine our faith in the F-22, using “disinformation.”

Gee, ya think?  I’m pretty sure Russia won’t stop chiming in with discouraging media themes intended to throw Americans into a tizzy.  The American public will just have to struggle through, ignoring Russian media as we routinely do anyway.

Actual intelligence, let it be noted, would entail analyzing beyond the Russian media themes that just mirror what sensible Americans already think; e.g., that mass-mailing tens of millions of unsolicited ballots is a hazardous enterprise no matter how well you plan it.

Frankly, the Russian media themes look like they’re tailored to spin up Democrats and the U.S. media.  No one else is even paying attention to them.  I don’t need Russians to do my thinking for me when it comes to what makes voting methods vulnerable to fraud.  Neither does anyone else.  Russia flogging the theme is meaningless, except to those who are obsessed with which themes Russia is flogging.

The DHS bulletin doesn’t tie the Russian theme to its echo of President Trump’s criticisms about the mass-mailer election.  But ABC steps up to the plate on that one, alluding to Trump and even making it seem as if the DHS bulletin is reproaching the president for criticizing the mass-mailing plan.

The bulletin doesn’t do that.  It doesn’t mention POTUS.  But it does improperly suggest that its content and the thrust of its analysis are “intelligence.”  They’re not.

We’ll no doubt be hearing more about ABC News’s source(s) at DHS Intel.  A key reason for saying that is that we’ve already heard about them.  On Wednesday, 2 September, ABC News reported that back in early July, DHS Intel wanted to publish a previous bulletin about Russian “disinformation.”  (H/t: Gateway Pundit) The subject of that one was a Russian media theme about Joe Biden’s mental health.

ABC had seen a draft of the document from 7 July 2020, which was circulated within the Department of Homeland Security but never published.  It was to be formally distributed to DHS’s government customers on 9 July, but the distribution didn’t occur.

Says ABC News:  “According to the draft bulletin, analysts determined with ‘high confidence’ that ‘Russian malign influence actors are likely to continue denigrating presidential candidates through allegations of poor mental or physical health to influence the outcome of the 2020 election.’”

A paragraph or so down, ABC explains: “The document mentions Iranian and Chinese efforts to criticize Trump, but focuses on — and takes its title from — Russia’s attacks on Biden’s mental fitness.”

ABC adds this helpful appendix:  “It is a line of attack also utilized by both President Donald Trump and his reelection campaign.”

An example of “disinformation” is provided:  “As an example of Russian efforts to raise doubts about Biden’s mental acuity, the draft bulletin points to a March story on a Russian proxy website that ‘refuted media claims that the candidate’s gaffes are a result of a stutter, instead arguing these verbal miscues are symptoms of dementia.’”

Alert readers probably recognize by now that discussing this isn’t intelligence either.  It’s arguing with Russian media – a singularly fruitless endeavor for the custodians of taxpayer dollars, especially when neither the Russian media nor the DHS Intel shop is speaking from a position of expertise or first-hand examination of the subject in question, Joe Biden.

The fact that you didn’t need me to tell you that is really the point.  You didn’t get your opinion of Biden’s mental acuity from anything the Russians said, and neither did I, and neither did Donald Trump.  We formed our opinions from watching Biden on camera.

It is more interesting that the Russians oppose fracking and bankroll anti-fracking themery.  There’s somewhere to go with that, as an issue for the integrity of public policy discussions in the U.S.  We can find a list of such topics to suspect Russia over.

But if we’re going to get our knickers twisted over foreign media plugging the same electoral themes as political actors in the U.S., why not take equal note of how slavishly the Guardian, Le Monde, and Deutsche Welle echo the same talking points American Democrats and our mainstream media are deploying every day?

Regarding the Biden bulletin from July, ABC laments that the “DHS spokesperson said that while the agency ‘generally does not comment on leaked documents, this particular draft product lacked the necessary context and evidence for broader dissemination outside of the Department of Homeland Security’s Office of Intelligence and Analysis.’”

Yes.  There was no point in disseminating as intelligence what wasn’t an intelligence product – and indeed was a silly document to begin with.  It’s manifestly absurd to imply that Americans are seeing Joe Biden through the lens of Russia Today, and manifestly unnecessary to prove, using “national intelligence,” that the Russians didn’t make anyone in the U.S. think Biden has mental acuity problems.  As an intelligence exercise, this one was sorely lacking.

It might be useful on some occasions to analyze why the Russians are pushing a particular theme (e.g., their anti-fracking effort), and link it to potential goals or consequences.  But merely noting that Russian media are saying the same thing the president and 60 million-odd Americans are thinking is not a useful exercise.  The Russians say a lot of things.  So do the Italians, Mexicans, and Chinese.  Some of them reflect the thinking of some Americans quite accurately.  That in itself doesn’t equate to anything being interfered with. 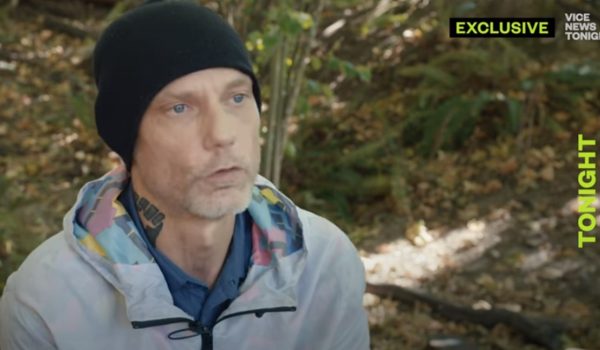