After this, Biden’s handlers must be desperately brainstorming ways to get him back in the basement.

If he’s so thick that he can’t understand why making light of taking a bullet would be badly received in Kenosha mere days after lethal riots over a police shooting, how does he expect to handle delicate international diplomacy with easily offended rival heads of state? (RELATED: Biden accidentally reads instruction from his staff as part of scripted answer for TV interview)

Here he is cracking wise about being shot.

In Kenosha, Wisconsin following the shooting of Jacob Blake, Joe Biden starts to rant about raising taxes and then catches himself:

"Not going to lay out for you, I won't now because they'll shoot me" pic.twitter.com/qoI2GrUfHq

This is Joe Biden, the “empathic” choice. With comic “relief” like that, sociopathic might be closer to the mark.

That’s right. He cares very deeply about the good people of Kenosha — especially Jacob Blake and his family. So very deeply that he hasn’t a clue what he’s talking about, as evidenced by his bizarre answer he gave to a question on Anderson Cooper’s show on CNN.

Jacob Blake was the man who was shot 7 times by police. He lived but is now paralyzed. Police were dispatched to the scene because he was violating a restraining order and had an outstanding warrant for sexual abuses. He resisted arrest and was found with a knife in the car he was reaching into.

The 17-year-old he was referring to, and baselessly linking to “white supremacists” is a young man who has not been convicted of any crime and is expected to make a plausible use of self-defense in court to justify the shooting.

The latter incident occurred as part of the riots in days that followed the Jacob Blake shooting.

Biden cares so very much about this issue that he can’t tell the difference between the two incidents, but that won’t stop him from launching into a very obviously scripted talking point about Orange Man Bad being racist.

That rant doesn’t give either of the men in question their proper respect. Worse, it shows that he sees them as pawns in a chess match to take the White House.

Even if he has to tell some very obvious and poorly-scripted lies to do it.

The problem with supporting ‘the cause’ if you’re black and rich
Next Post
Cartoon of the Day: Blowin’ in the Wind 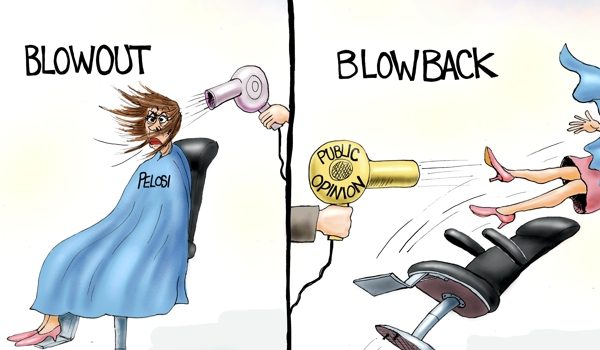