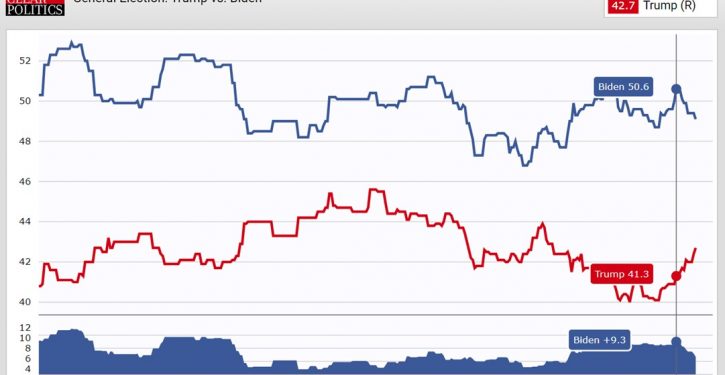 The polls show Biden with a fairly steady lead over Trump, although Biden’s lead shrunk slightly after the recent Republican National Convention. But the public thinks Trump has a half chance of winning the election, because of people hiding from pollsters the fact that they support Trump. The basis for this belief is that Trump won in 2016, even though he was behind in the polls. But the polls only underestimate Trump’s support by about 1%, and they show him behind by about 7%. So Trump really is about 6% behind Biden, and is likely to lose the election.

Recent election results confirm the Democrats’ advantage. In April, a Democrat unseated a Republican incumbent on Wisconsin’s Supreme Court by a comfortable margin, doing better than pollsters expected. In the 2018 election alone, Democrats gained about 300 state legislative seats, and 41 seats in the U.S. House of Representatives.

The Democrats now dominate many suburbs, enabling even staunchly left-wing Democrats to win races there. For example, in July, a progressive Democrat beat a center-left independent by a two-to-one margin to win a seat on the Arlington County, Va. board. The Democrat was a “prominent” backer of an unpopular policy that County voters rejected in the 2014 election (a traffic-blocking $500 million trolley). The independent was backed by another independent who comfortably won that 2014 election by opposing the trolley. But today, County residents are so angry about Trump that they will vote for a Democrat no matter what.

That doesn’t mean the 2020 election won’t be full of surprises. Many Senate races are deemed too close to call by pollsters. Indeed, 2020 will be a very important election to vote in, because the consequences of the election will be much greater than past elections.

That’s because Democrats plan to abolish the filibuster if they take control of the Senate — as most pollsters expect they will, by a narrow margin. That means that the Democrats will be able to pass not just liberal legislation, but also left-wing legislation that will fundamentally transform our society.

The filibuster doesn’t apply to budgetary matters, so a Democratic Congress has always been able to pass a liberal budget on party lines (such as funding new healthcare spending). But if 40 Senators want to, they can filibuster most non-fiscal legislation. That means that most major liberal legislation needs to have the support of basically all Democrats, and even a few Republicans, to pass. Liberals are often able to pass civil-rights legislation — if it is not too anti-business — because moderate Republicans will vote with them to quash a conservative filibuster. For example, a Democratic Congress had no difficulty passing the 1991 Civil Rights Act, which increased penalties for employment discrimination and sexual harassment, because moderate Republicans voted for it.

But other legislation on progressive wish lists — such as legislation dramatically expanding the power of labor unions — tends to get filibustered. Under the Obama administration, Republicans filibustered legislation making it impossible for businesses to prove themselves innocent of certain kinds of discrimination, such as the Paycheck Fairness Act, which would hold employers liable for statistical pay gaps that are provably not due to sexism.  That law will easily pass a Democratic Congress and be signed into law under a Biden administration, if it can’t be filibustered. So, too, will the BE HEARD Act, endorsed by Joe Biden. That legislation will redefine some speech as illegal harassment — including speech outside the workplace. It will also impose unlimited punitive damages on even the smallest one-person employers; and allow lawsuits over stale, years-old discrimination claims.

Obama recently called on Democrats to eliminate the filibuster. Most prominent Democratic officials seem to agree with him. For example, Delaware Senator Chris Coons, a key ally of Joe Biden, has signalled that Democrats will abolish the filibuster if they take over the Senate in 2020.  Ironically, until recently, Coons was an “ardent defender” of the filibuster, including back when he and Obama used the filibuster against Republicans during the Bush administration. Joe Biden has also suggested that the filibuster should be abolished. In July, he said he would support abolishing the filibuster, if Republicans are “obstreperous” in opposing Democratic legislation, because America must undergo “systemic change.”

Getting rid of the filibuster would make it easier for Democrats to pass unpopular or costly legislation, like reparations. As Newsweek notes, “Democratic presidential candidate Joe Biden said” in June that “he was in favor of paying slavery reparations to African Americans and Native Americans if studies found direct cash payments to be a viable option.” But the New York Times notes that reparations could cost taxpayers “several trillion dollars.” Most Americans oppose taxpayer-funded reparations, but California’s legislature is moving toward adopting them.

Budget bills can’t be filibustered, so a Democratic Congress could easily pay reparations using the federal budget. But that wouldn’t be popular.  One way to reduce opposition to reparations would be to make them off-budget, a common gimmick for hiding the costs of legislation.

If the filibuster were abolished, Congress could rely on non-budgetary means to carry out reparations, like forcing companies to sell ownership stakes to African-Americans at fire-sale prices. That wouldn’t show up as a cost in the federal budget, hiding its cost. South Africa mandates such reparations, which have taken a toll on its economy. As Reuters notes, “Companies in South Africa have to meet quotas on black ownership, employment and procurement as part of a government drive called black economic empowerment, or BEE, to address inequalities still prevalent years after the end of apartheid.” South Africa’s economy has been stagnant for the past decade, resulting in rising unemployment, even as other African countries like Ghana have experienced rapid economic growth.

The Green New Deal is another example of legislation that could pass in a much more radical form if the filibuster were abolished. Many voters like the concept of a Green New Deal, but few are willing to pay their share of its costs, which could amount to $90 trillion, four times the size of the U.S. economy. 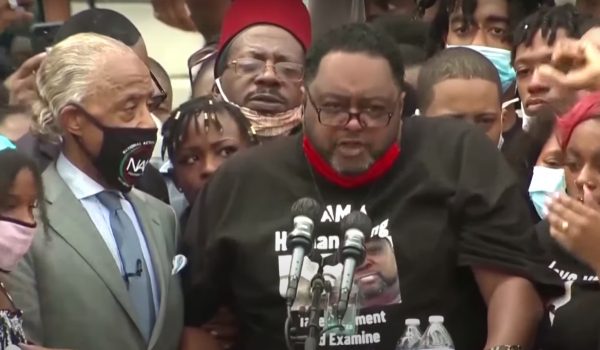 If BLM refuses to accept the truth about the Jacob Blakes out there, then we’re lost as a nation
Next Post
CNN: There’s very little rioting, very little violence