In 2016, we learned in dramatic fashion that the polls can be fickle. In 2020, we are learning that the media can be even less reliable than the polls.

By way of illustration, consider some headlines from 2019. In January, The Guardian published a piece titled “Why Joe Biden shouldn’t run for president” in which the author argued, “Biden’s current lead in the polls shouldn’t be mistaken for evidence that he is the best Democrat to challenge Trump in 2020 and to lead the US as president.” By May, the advice from the Left had grown more urgent. “Joe Biden would be a disaster,”  The Intercept warned,  explaining that the former vice president was damaged goods:

[I]n an era when Democrats are increasingly young, racially diverse, and socialist, are they really about to nominate a 76-year-old white male from the establishment wing of the party? The bigger problem with Biden of course is his political record — from his role in the Anita Hill hearings to his vote for the 1994 crime bill to his cozy relationship with the credit card industry.

Two months later, NPR pronounced Biden downright unelectable: “He’s too moderate on economic policy and has a complicated record on criminal justice and race,” the author of the piece explained, adding that activists “would prefer almost any other 2020 Democrat over him.”

Fast-forward to now when, as far as the media are concerned, it’s “all systems go” for a Biden presidency. So what explains the change? Biden didn’t metamorphose between then and now into a consummate statesmen, filled with wisdom acquired over his 47 years in government. On top of that his dementia has progressed to a point where he’s slurring his speech or tripping over his words regularly, and his memory has become so impaired that on more than one occasion he couldn’t remember the name of the president he served under as VP:

There are many different explanations for the media’s about-face. One is that they loathe Donald Trump so much that they are willing to elect anyone — even a shell of a man — to replace him. Another is that they buy into the popular fantasy that when things begin going really south, Congress will invoke the 25th Amendment and jettison Biden quicker than you can say “Kamala Harris.”

The chief problem with this plan is that there is some ambiguity in the Presidential Succession Clause in Article II of the Constitution concerning the role of the vice president in the event the president becomes incapacitated. The framers left open to debate the question of whether the vice president would automatically be sworn in as president or simply act temporarily in the capacity of president while retaining the title vice president.

Some historians, including Edward Corwin and John D. Feerick, have argued that the framers’ intention was that the vice president would remain vice president while executing the powers and duties of the presidency until a new president could be elected.

Biden has fought a pandemic before. It did not go smoothly.
Next Post
About that ‘lifelong Republican’ voting for Biden featured at the DNC 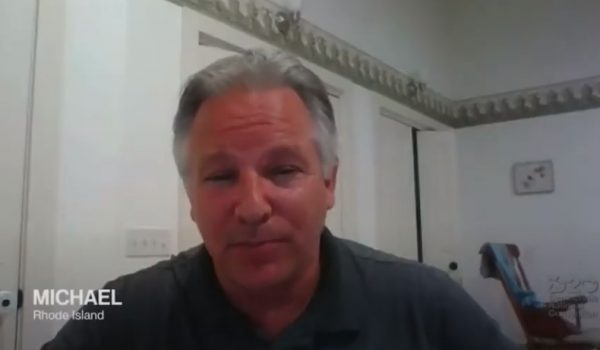