Now hear this. For the next three months, and maybe more, all citizens of the State will wear a mask when they are outdoors. Never mind if they are alone in an isolated area. They will wear a mask. Big Brother (aka Joseph Robinette Biden) has spoken.

This in effect was the message the presumptive Democratic nominee delivered in a press conference yesterday (no followup questions, natch). During the 7-minute spiel, a video of which follows, Biden asked Americans to “step up” and be “patriotic.” So, patriotism under a putative Biden regime would now be defined as “mindless obedience to government orders.”

For comic relief, the former vice president equated complying with his mask mandate to “lining up to give blood,” giving “time to food banks,” and “supporting neighbors in need,” all of which are examples of volunteerism, which is the diametric opposite of slavishly following a government directive.

True to form, Biden claimed that wearing a mask “increases expodentially [sic] the prospect that you … will not infect anyone.” He cited “evidence” that wearing a mask over the next three months will “save 30,000 lives.” The source of that evidence? Yours to comply, not reason why.

Naturally a fair part of the speech was devoted to bashing Donald Trump for not acting soon enough, prompting the president to strike back, accusing Biden of “playing politics with the virus.” Watch:

Trump argued that Biden’s approach was “regressive, unscientific and bad for our country.” He accused the former vice president of opposing Trump administration policies that proved effective, such as travel bans, even as he pushes for a mask mandate that fails to take into account how the pandemic was impacting specific communities.

Biden is also overlooking a downside to wearing a mask, which has acquired the nickname “mask mouth”:

California Globe has seen reports of lung infections from long-term mask wearing, persistent coughing, as well as dermatitis on the skin around the mouth.

The moisture trapped in face masks creates a petri dish of breeding ground for bacteria, as it is  in place directly over your mouth.

Like “meth-mouth,” which dentists describe as the nasty teeth and gums of methamphetamine users, the newest oral hygiene issue is caused by wearing a mask all the time to prevent the spread of the coronavirus.

Constant mask-wearing “is leading to all kinds of dental disasters like decaying teeth, receding gum lines and seriously sour breath.”… 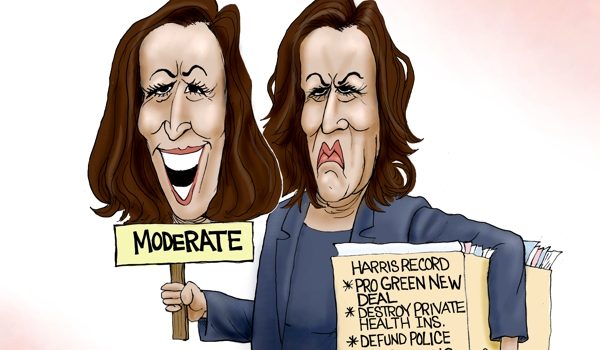