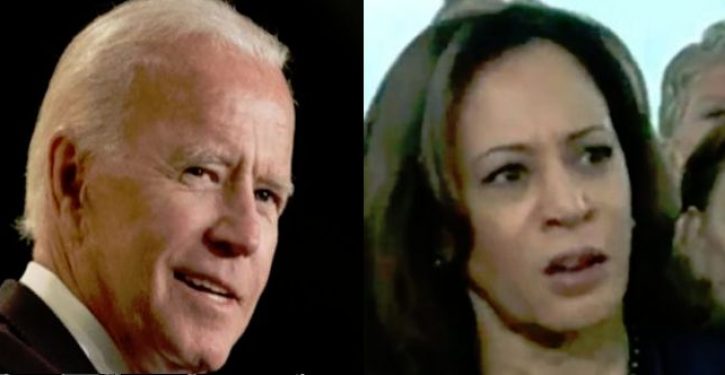 There’s an undercurrent of a debate going on in social media on the issue of Kamala Harris’s race. One of the reasons the Democrats selected Harris as Biden’s running mate is that they hope her skin color will attract more black voters whether the content of her character does or not. (RELATED: Acting! Kamala Harris admits her near-tearful attack on Biden during debate was pure theatrics.)

But some have questioned whether she can be considered black enough considering that her mother was from India and her father was from Jamaica (the Caribbean Jamaica, not the one in Queens, N.Y.).

The current skirmish isn’t new. During the primary season, in February 2019, CNN’s Don Lemon and April Ryan had an argument about Kamala Harris’s “blackness.”

As reported by the Atlanta Black Star, on the Feb. 13 episode of CNN tonight, Lemon “shouted down” April Ryan during a discussion about Kamala Harris’ “blackness”:

Cutting in,  Lemon contended the issue was never about Harris being “Black enough,” but was more so about whether she shares the experience of American descendants of slaves, also known as “ADOS.”

“No, no, no, no. I don’t think you hear what people are saying,” he told Ryan. “To want the distinction to say is she African-American, or is she Black or is she … whatever — there is nothing wrong with that. There is a difference between being African-American and being Black.”

Lemon argued that all Harris had to say is that she is Black, not African-American.

I would note in an aside that almost no black person who claims to be African-American is. Blacks, never content to be labeled one thing or another hit upon African-American as a demonym, I would guess, in the 1960s. Documentation on the origin of the term is scarce. But it clearly implies someone who was born in Africa and emigrated to the United States.

As for Harris, the only thing I have heard her describe herself as is “a person of color” — which is fine with me. The only thing I would object to hearing her called is “Madame Vice President.”

Meantime it is interesting to hear Democrats expend so many syllables on how best to market Harris to voters based on her appearance when there are so many far more critical aspect to her as a running mate that could make her a liability. One is her former position, as a California prosecutor, on crime and the police. As noted here, she “sided with police unions when she was San Francisco’s district attorney and California’s attorney general” and was tough on crime. How that’s going to play against the Left’s current lust for defunding or abolishing the police has yet to be determined. Likewise her attack Wednesday on Donald Trump’s handling of the economy. Trump, she said, “inherited the longest economic expansion in history from Barack Obama and Joe Biden. Then, like everything else he inherited, he ran it straight into the ground.” Of all the comparisons she can make, does she really want to contrast Trump’s handling of the economy with Obama’s?

Cross posted with modifications at The Lid

Biden’s Ukraine problem isn’t going away
Next Post
What would life under a Pres. Biden be like? His ‘mask mandate’ provides a glimpse