The progressive media see themselves — and politicians who share their ideology — as “moderate” or “pragmatic,” even when much of the public might disagree. However left-wing a reporter may be, the reporter views himself as being objective and thus moderate.

A recent example of this is how the media describe California Senator Kamala Harris, who may become the next vice president of the United States. The progressive New York Times called the staunchly progressive Harris a “pragmatic moderate.” In 2019 Harris was the leftmost member of the U.S. Senate, even further to the left politically than Bernie Sanders in her voting record. That’s according to the non-partisan legislative history web site GovTrack. But to a staunchly progressive reporter, such positions seem moderate.

The public may view Harris’s ideology differently. Harris supports the progressive Green New Deal, whose enormous cost led House Speaker Nancy Pelosi (D-Calif.) to deride it as the “Green Dream.” The Green New Deal could cost over $90 trillion — four times the size of the current national debt, and four times the size of the entire U.S. economy. That has led some moderate Democrats to dismiss it as impractical, unrealistic, and even counterproductive. (The original blueprint of the Green New Deal would have phased out nuclear power. Critics said that by doing so, the Green New Deal could increase pollution and reduce the reliability of the nation’s power supply).

Harris supports rent control — something that 93% of economists oppose, including all but the most left-wing Democratic economists.

Harris strongly supports reparations, which most voters oppose (although most journalists seem to favor). Joe Biden’s support for reparations is far more tepid. As Newsweek notes, Joe Biden said in June that “he was in favor of paying slavery reparations to African Americans and Native Americans if studies found direct cash payments to be a viable option.” The New York Times notes that reparations could cost taxpayers “several trillion dollars.” Such reparations may do little to eliminate the racial wealth gap, because many people just spend unearned windfalls rather than investing them to build wealth. Reparations also appear to violate existing Supreme Court rulings restricting reverse discrimination. But those 5-to-4 rulings may be overturned if a pro-reparations president replaces retiring Supreme Court justices with justices more sympathetic to reparations or race-based affirmative action.

Harris also said that if she were president, she would issue an order imposing gun control if Congress failed to pass gun control in her first 100 days in office. It is not clear how a president would have the authority to do that: The Constitution gives Congress, not the president, the ability to make laws.

Harris also supports a tax on financial transactions, which moderate Democrats and Republicans have long opposed based on the concern that it would cause a decline in the stock market and result in deadweight economic losses. Because pension funds are invested in stocks, a falling stock market increases their unfunded pension liabilities. That makes it harder for them to pay the pensions of state employees and forces state taxpayers to cover the shortfall. A single state, California, currently has about $200 billion in unfunded pension liabilities that taxpayers will have to cover in the coming years through increased taxes.

The media don’t just depict progressives as moderates. They also sometimes depict centrist politicians as “conservative” when they run against a progressive candidate or are affiliated with the Republican Party. For example, the media sometimes referred to moderate Republican Senator Bob Packwood as “conservative,” even though he voted with Democrats over half the time, and was socially liberal, strongly favoring legal access to abortion. For example, MSNBC’s Joe Scarborough has called Packwood a “conservative.”

To most non-journalists, Packwood would seem like a centrist. But to a left-leaning journalist, even a moderate senator can look conservative. 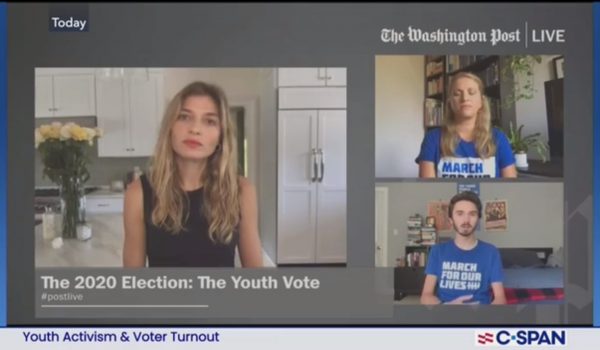