It looks like Senator Harris has not taken Willie Brown’s advice on this.  If the Biden campaign is announcing it, she must have agreed to the proposition.

The two candidates will make a joint appearance in Wilmington, Delaware on Wednesday.

NPR’s treatment includes this formulaic reference:  “Biden’s age, and the fact that the 77-year-old has repeatedly referred to himself as a ‘transitional’ candidate, will almost certainly place increased focus on the 55-year-old Harris as the likely future leader of the Democratic Party.”

Maybe readers with more imagination than I can seem to muster are able to ponder Harris as the future leader of the Democratic Party.  She choked in a confrontation with long-gone primary candidate Tulsi Gabbard, however, and hasn’t exactly conveyed gravitas at any point in the campaign so far.  Her big debate moment to date was body-slamming Biden himself over court-ordered busing mandates in the 1970s, which he — along with virtually all of America — opposed, but which Harris apparently remembers with nostalgic longing.

Harris, a long-time prosecutor in California known by cynics for hackery and politicizing the tools of justice, brings basically one thing to the Biden candidacy: her demographic intersection.  She’s a black female.  (She’s a half Indian, half black-Jamaican female, born in the United States.)  It seems doubtful that Harris herself will make much of a difference as a vote-getter in that regard: a year ago, almost to the day, polls had her down to pulling only 1% of the black vote.

But a group of (left-wing) black leaders urged Biden on Monday to be sure to pick a black female, and he seems to have taken that mandate to heart.

I say “he,” but it’s evident to clear-eyed observers at this point that Joe Biden is a Trojan horse.  He’s just the shell a hidden army of far-left radicals is using to insert its force-recon commandos into the White House.  We have a pretty good idea which other high-profile names have a common policy agenda with that army, but to say those names — Sanders, AOC, the others in the Squad — is not to name the actual soldiers and unit commanders in it.  Those nameless persons, like Antifa, play a Bolshevik-style role in which they remain in the shadows for the time being.  They won’t be anxious to reveal who they are until a President Biden has consolidated their power for them.

It won’t be possible to stop the mainstream media from fatuously discussing Biden-Harris as if it’s a ticket with intrinsic political portent; i.e., as if we should study Biden and Harris to divine what a President Biden would do in office.  But we voters need not constrain ourselves to take that blinkered view.

Barring one of 2020’s hallmark interruptions from the cosmos’s bag of tricks, the Biden-Harris ticket will open the divide further between what high-information Americans know is reality, and what the mainstream media proclaim it to be.  We can look forward to three months of filtering out fictional-narrative nonsense from the media about what it means that Biden and Harris are running, and may get elected. 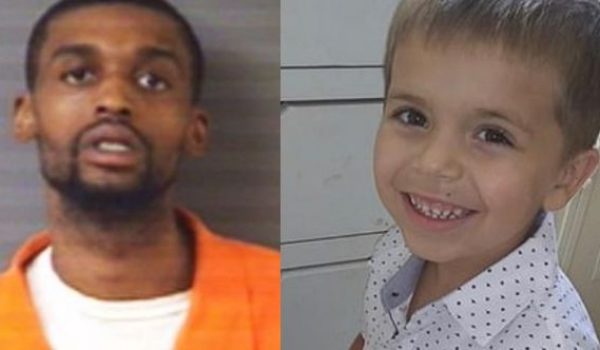 Five-year-old shot and killed by neighbor while riding his bike; in plain view of his sisters
Next Post
Open letter to General Milley re duties in case of POTUS refusing to leave office