Let the punishment fit the crime. In this case, that won’t happen because the suspect is dead, having been killed in a traffic accident, prompting Montpelier, Vt. police to consider the case closed. So what diabolical act did 56-year-old Fred Seavey escape justice after committing? He is accused of having defaced a “Black Lives Matter mural [sic] painted along the street in front of the Vermont Statehouse,” according to the Burlington Free Press. And what makes authorities so sure the late Seavey was their man? They collected his DNA off spray cans found at the scene.

It sounds as though the police investigation was pretty thorough, testing the “weapons” for DNA and all. And while one can imagine the horror and sleepless nights endured by townspeople while the guilty party remained at large, did the “crime” really merit all that effort? There have been countless other instances of spray painting the most obscene messages over the last two months, but I can’t recall reading about any that were followed by such meticulous police work. Perhaps that is because the messages were largely confined to “F*ck Trump,” “Black Lives Matter,” “ACAB” (short for “All Cops Are Bastards”), and “No justice, no peace.”

In fact, the disparity in the administration of justice goes further than that. Last week the Manhattan district attorney dropped felony charges against a Black Lives Matter leader who injured and could have deafened a female cop by shouting directly in her ear with a bullhorn. A source to the New York Post maintains that the DA “lowered the charge because he is afraid of [retaliation from] the protesters.”

Media call Biden a ‘devout Catholic.’ Where does he actually stand with the Catholic Church?
Next Post
BLM/Antifa terrorists threaten to murder Portland residents for wanting to sleep 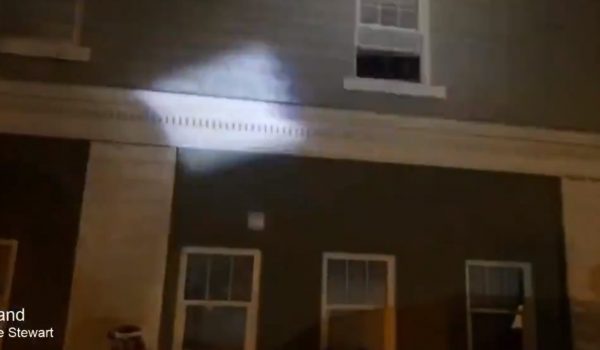