The media treatments of a new intelligence community assessment on threats to the 2020 election have been mostly perfunctory, and for good reason.  I truly hate to say it, because I believe the intentions of the deckplate-level crafters of the material are benign.  But the assessment released on Friday by the National Counterintelligence and Security Center (NCSC) is inane.

But what the heck the American public – or any of our elected representatives – is supposed to do about that is left to … well, to whom?  And with what action check-list?

The unspoken premise that there is some reason to make this point to the public is the one that needs examining.  And that’s above the intelligence community’s paygrade.

This paragraph introduces the proposition:

Ahead of the 2020 U.S. elections, foreign states will continue to use covert and overt influence measures in their attempts to sway U.S. voters’ preferences and perspectives, shift U.S. policies, increase discord in the United States, and undermine the American people’s confidence in our democratic process.

Very likely.  But given the direction this point is taken by the NCSC assessment – i.e., the direction of particular nations and political specifics – that differs how, exactly, from what U.S. politicians, media, bright-money groups, and dark-money groups will continue to do?

Horrors: There are actual politics in our national elections

We already know biased influences are at work trying to persuade us on the relevant topics (trade with China, the coronavirus, Ukraine, Biden and Ukraine, Iran and the bomb and terrorism).  Most of us (among the engaged) already know what we think about those topics.  We hear the appeals of foreign influences through the same filters that are at work for our domestic political rhetoric: the filters of our prior assumptions and preferences.  We’re no more likely to believe lies from Russia or China than lies from the DNC or RNC, depending on which one we think tells lies.

But here’s the deal.  If we go by the IC assessments about foreign interference in 2016, and the use they were put to, our assumption now, in 2020, would be that the IC assessment itself is what will undermine our confidence in our democratic processes.

With nothing really to be done about the “foreign interference” as an influence operation, all we’re left with is the information that someone other than our own usual suspects – Joe Biden, George Soros, David Brock, Donald Trump, Sheldon Adelson, Karl Rove – may also be lying to us.  (Or at least attempting to sway our preferences and perspectives.)

And come to think of it, we already know the Lincoln Project and the New York Times are doing that.  So this is yet someone else at work.  And because a formal assessment with the holy water of the IC sprinkled over it has been presented to us, we’re supposed to … do what?  Distrust absolutely everything we hear or see, because it might come from Rooskies or Pair-zee-ans?  Turn control of our information spaces, like the legacy media and social media, over to some very biased content monitors charged with defending us from “trolls” and “fake news”?  Wrong answer.

Again, going by our experience with 2016, we have no reason to think that being forewarned about “foreign interference” in matters of content and opinion will help settle things down in our information environment.  It’s more likely to do the opposite.

And the IC assessment addresses electoral politics with … politics

It’s possible to imagine a warning about foreign interference that generically puts us on our guard.  But that’s not what we got on Friday.  On Friday we got a very specific narrative about Russia, China, and Iran.  As a political document, it will have a political effect.

The IC assessment about 2020 will give the mainstream media a stepping stone to identify whatever facts or themes they don’t like as Russian interference.  There will be no such thing as legitimate facts reported by balanced sources, or political opinions advanced by people who actually adhere to them based on their own ruminations.  There will only be the left-wing narrative, and Russian propaganda.

After all, anything that isn’t the left-wing narrative could be Russian propaganda.  The IC has spoken.  So have the media: they’ve been quite literally producing content to conform with that theme since mid-2016.

It will be possible too, although in general less likely, for the rightosphere to slothfully elide left-wing sentiment and the informational preferences of China and Iran.  The right can be automatically accused of such sloth, now that the IC has set out the bait.

At any rate, one thing that leaps out about the NCSC assessment is how conveniently it lines up with the left-wing view of political alignments.  It keeps the “Russia-Trump” theme going.  It purports – or seems to purport – to suggest a “China-Biden” and “Iran-Biden” theme.  But it doesn’t really.  Instead, it gives reasons why China and Iran don’t want Trump.

The implication could even be read – if you write foreign policy opinion for the Washington Post – that China and Iran kind of have a point, when it comes to Trump.  China is said to find Trump “unpredictable.”  This frankly seems pretty obtuse of China.  I‘d be hard-put to include that in an intel assessment.  An alert 12-year-old could predict Trump’s perspectives and action vectors on the things that matter to Beijing; what China finds Trump is extremely irritating.

But merely deploy the word “unpredictable” in regard to Trump, and you do automatically have a segment of American political partisans tame in your pocket.

Iran, in turn, fears that Trump’s reelection would “result in a continuation of U.S. pressure on Iran in an effort to foment regime change.”  Well, sure.  That sounds evidence-based and judicious – unlike the naked special pleading for Biden used to flesh out the “Russia for Trump” paragraph.

In the “analysis” of Russia’s preference, it’s all about Russia hating Biden and placing anti-Biden themes through Ukraine; themes which coincide perfectly with the actual Ukrainian allegations that Biden was involved in extortion and possible misuse of U.S. government funds.  This passage is something the IC shouldn’t even comment on.  This is a law enforcement matter.  There is no reason to believe we have intelligence to this effect.  If there is reason, then put up immediately, or shut up.  But even if there is such intelligence – all evidence to the contrary – it would still be a laughably circular argument that Russia hates Biden because Russia is meme-sniping Biden through Ukrainian allegations of illegal activity.

But back on Iran: it’s less obvious how the Iranian regime would insidiously and threatfully endanger our election.  The Ayatollah is over there openly trash-tweeting the United States and our president; it’s not like we don’t see him coming.  Are we really supposed to worry that criticism of Trump on Facebook or Instagram might be the mullahs acting by stealth?  I suppose it might be, but what difference does it make?

Are we supposed to imagine China is behind criticism of Trump, wherever it might spring up, or support of Biden?  That’s a bit of a head-scratcher.  There may actually be a small political demographic in the U.S. for which that would be a feature and not a bug, but it’s not one that has any juice at the ballot box.

In terms of public rhetoric, China is leading from the front: being overtly hostile about President Trump, as about America in general.  So are Trump’s domestic opponents.  It isn’t clear what value there is in having the thought placed in our minds that it’s a threat to our election, if China, like the Democratic National Committee and the editorial department at NBC News, would rather not endure four more years of Trump, and basically says so.

Certainly, foreign interference can be a real concern.  There’s a bright line in something like foreign money buying U.S. politicians, or literal cyber-attacks or intrusions being mounted on U.S. systems.

But that’s not the message from the NCSC on Friday.  The bottom line here is that because the focus is political-opinion issues and suasion, there’s nowhere to go with the gist of the IC assessment other than into the maelstrom of doubt and paranoia.  The message seems to be that competing political ideas are just too much for “our democratic processes” to handle, because foreign countries try to take advantage of them.

There’s potentially an actionable element to the assessment.  It’s mentioned briefly in this passage:

They [the foreign actors] may also seek to compromise our election infrastructure for a range of possible purposes, such as interfering with the voting process, stealing sensitive data, or calling into question the validity of the election results.

That, we could actually find things to do about.  Interestingly, the intel assessment continues:

However, it would be difficult for our adversaries to interfere with or manipulate voting results at scale.

Which is quite true, and remains unchanged from 2016.  This threat is given no development in the assessment.  But it’s the only one I want to hear another word about.  Stay on top of it, please, all 50 states and the federal task force on securing the vote.

As for the theme that any good news about the other guy’s candidate, and any bad news about yours, could be foreign disinformation?  Lunacy.  I have no intention of being dangled with that for the next three months. 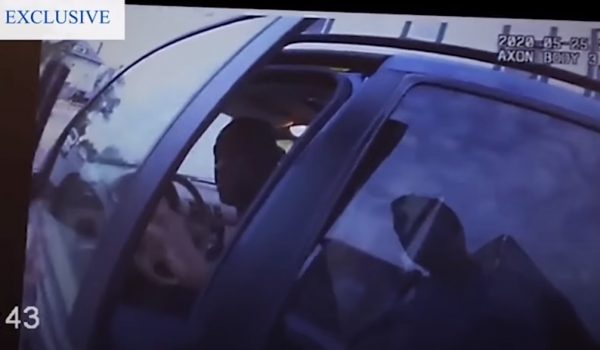