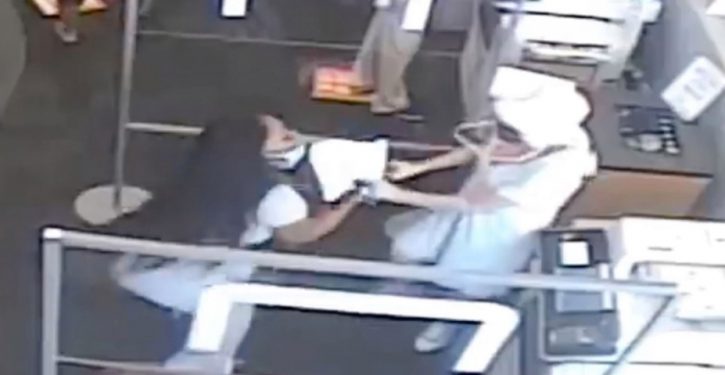 Technically the assailant was wearing a face mask — just not over her nose and mouth, which defeats the whole purpose. When a middle-aged woman using a cane asked her to wear the mask properly or social distance, the second woman got in the first woman’s face — literally. The older woman, who is recovering from a liver transplant, extended the cane to prevent the now-irate customer from getting even closer. It was at this point that the angry customer hurled her to the ground, breaking her leg. The assailant exited the store, then brazenly returned minutes later, walking right past the outstretched figure of the injured woman, who was now calling for help. (RELATED: Florida dad hospitalized with COVID-19 after son refused to wear a mask)

The incident, which occurred last Wednesday in a Staples in Hackensack, N.J., was captured on surveillance video.

Perhaps even more shocking than the behavior of the younger woman is the reaction of another customer, wearing a black top and white slacks, who witnessed the entire altercation, then went about her business, ignoring the older woman’s pleas for assistance.

A video report by NBC New York includes a hospital bed-side interview with the victim, identified as 54-year-old Margot Kagan.

The Facebook page of the Hackensack Police reveals that the department is seeking the help of the public in identifying the assailant, described as an African-American female, 5 feet 5  inches to 5 feet 8 inches, weighing approximately 160 pounds.

A sign outside the store plainly advises that “masks are required to enter.” Presumably, the reference is to masks that are being deployed correctly. 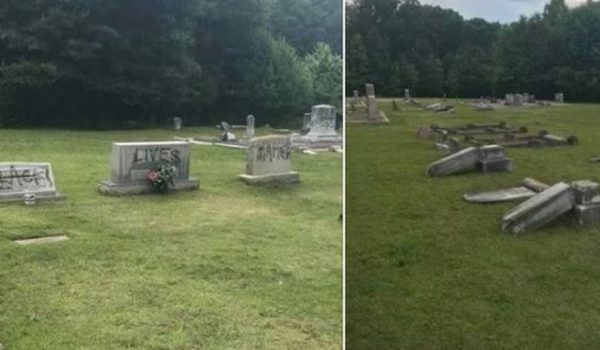