Small businesses in Virginia could face a very different business climate next year, due to Joe Biden’s support for laws like the BE HEARD Act. It could easily become law if Democrats take control of Congress and the presidency (as most pollsters expect).

Under the BE HEARD Act, even the tiniest employers with only one or two employees will face unlimited liability in lawsuits, for things like discrimination, or harassment committed by an employee. It would also redefine sexual harassment in an overly broad and confusing way that could lead to small businesses being liable for trivial acts or comments by an employee. These small businesses would also be liable for attorneys fees that could dwarf what they end up paying workers who sue them.

Right now, small businesses in Virginia aren’t covered by most federal discrimination laws like Title VII, unless they have at least 15 employees. This doesn’t mean they can get away with being racist. If they intentionally discriminate based on race, they can be sued under a federal race discrimination law that covers even the smallest employers, 42 U.S.C. 1981. And if they fire someone for a non-race-based reason — such as because of their sex, age, or religion — they can be sued under Virginia state law, if they have more than five employees (although punitive damages in such lawsuits are limited to $350,000.)

But the “BE HEARD” Act  would change that. It treats small business just like big businesses, by subjecting them to unlimited damages in lawsuits. It does that by first subjecting even the tiniest employers to federal law (Title VII) — and then by abolishing the limits on compensatory and punitive damages contained in federal law (currently, damages are capped at $300,000, plus backpay).

But the biggest problem small business would have as a result would not be those damages, but lawyers’ bills. Every time an employer loses a federal discrimination lawsuit, it has to pay the attorneys’ fees of the workers’ lawyer. But if the employer wins, it typically doesn’t recover any of its attorneys’ fees from the worker. This means the employer always ends up paying a bundle when it is sued for discrimination.

Big businesses can afford to pay hundreds of thousands or millions in attorneys fees. Small businesses can’t, and can go broke due to a single protracted discrimination lawsuit.

Those attorneys’ fees are often much bigger than the amount of money the worker gets from suing the employer — meaning that it is lawyers, not workers, who are the primary beneficiaries of federal antidiscrimination laws. That can encourage lawyers to sue businesses over minor violations. For example, a court awarded a worker over $40,000 in attorney fees against her employer, even though she suffered only $1 in damages in Brandau v. State of Kansas (1999).

And that doesn’t cover a business’s own legal costs. Remember, it has to pay its own lawyer, too. Years ago, it was estimated to cost $25,000 for an employer to get a very weak discrimination lawsuit against it dismissed at the earliest phase of litigation (“motion to dismiss”), $75,000 to get it dismissed at a later phrase (“summary judgment”) and $250,000 to defeat a discrimination lawsuit that makes it all the way to a trial.

The BE HEARD Act would also allow businesses to be sued long after memories have faded, making it hard to defend themselves. It extends the statute of limitations from 180 days to 4 years. It classifies commonplace hiring criteria as “discrimination,” by expanding the legal definition of unintentional discrimination to put the “burdens of production and persuasion” on employers in disparate-impact lawsuits. It also holds employers liable for certain unintended pay disparities by incorporating the Paycheck Fairness Act, which is discussed at this link.

It holds employers strictly liable for harassment committed by supervisors in violation of company policy. It defines people as supervisors, even when they really aren’t, because they lack the authority to hire, fire, or promote anyone. It allows not just employees, but also interns and independent contractors, to sue employers.

It also redefines sexual harassment and discriminatory harassment in overly broad ways that will be confusing to jurors and may lead them to find an innocent employer guilty.

For example, it says conduct can be “workplace harassment” even if “the conduct occurred outside the workplace,” and that conduct can be sexual or discriminatory harassment even if did not do “tangible” or “psychological” harm, did not interfere with work, was “participated in” by the “complaining party,” or “the complaining party is not the individual being harassed.”  That could lead to juries finding businesses liable for harassment based on trivial things that shouldn’t be considered harassing, such as speech about racial, sexual, or religious issues.

Why Trump is suggesting a revote in New York primary
Next Post
N.J. woman physically assaulted in Staples after telling customer to use mask or distance 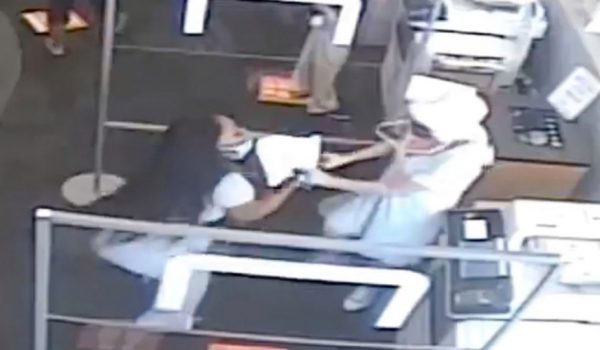