According to the findings of a focus group of swing voters conducted Monday in Michigan, voters in vital precincts may be more inclined to vote for Donald Trump than Joe Biden come November. One of the concerns expressed arises out of Biden’s admission last Friday that if elected he will be “the most progressive president in history,” which is a clear repudiation of his career-long centrist leanings. Members of the group took a dim view of this, saying it sounded as though Biden was willing to become a “puppet” for the “deep state.”

Others shared concerns over his mental fitness, questions about which have been raised by both parties. Last September, New Jersey Sen. Cory Booker told CNN, “I think that we are at a tough point right now, because there’s a lot of people who are concerned about Joe Biden’s ability to carry the ball across the end line without fumbling.” A similar sentiment was offered by Zack Beauchamp, a writer with left-wing website Vox, who argued that Biden’s recent reference to “record players” “has to raise questions about his mental fitness for office, especially given his age.” The former vice president will turn 79 days after the election. That’s too years older than Ronald Reagan was when he completed his second term. (RELATED: ‘Biden’s mental decline is an open secret’)

In recent months, questions about Biden’s cognitive abilities have been moved to a back burner, largely because his public appearances have been limited as a result of the COVID threat. But now that he is beginning gradually to make live appearances again, the doubts are beginning to return.

And with good reason. Watch this “joke” he delivered at a speech on his economic agenda in Wilmington, Del. on July 28.

Swing voters in Michigan focus group say they are voting for Trump, call Biden a ‘puppet’
Next Post
Cartoon of the Day: Commie Dearest 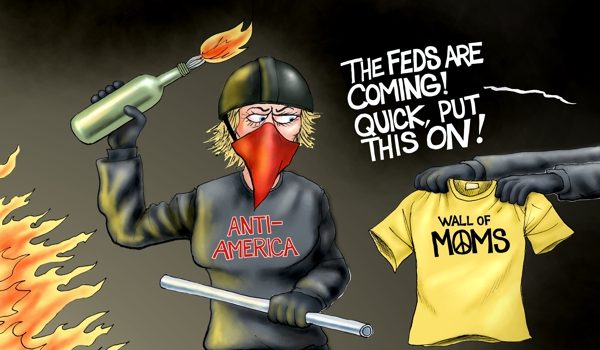