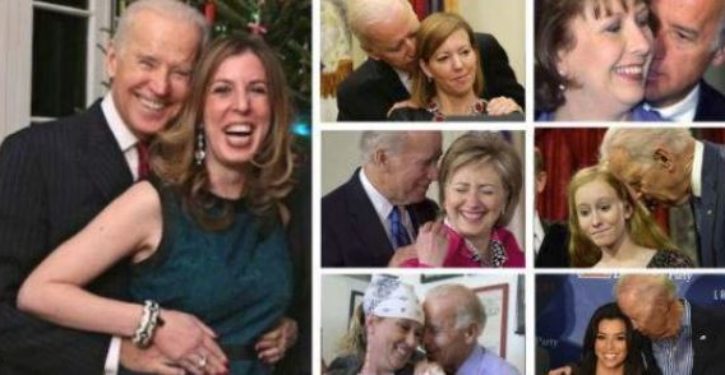 Back in May, when Tara Reade’s name was still in the news, Joe Biden’s support among women dropped according to a Morning Consult poll. But a biased press that was as determined to make Reade disappear as it had been to make Brett Kavanaugh accuser Christine Blasey Ford into something of a saint had the former vice president’s back. By June, he had was back ahead of Donald Trump among woman voters by a comfortable margin.

Nevertheless, some women must still harbor their doubts, if only privately. There are still too many reminders, like the picture above, of the many women who have been creeped out by Biden’s “affectionate physical style.”

So to be on the safe side, the likely Democratic candidate put together something of a woman’s manifesto, which appears today at the website Medium. Here is a tweet Biden published a short time ago promoting the piece.

The hard truth is women — and particularly women of color — have never had a fair shot to get ahead in this country. That's why today, I'm releasing my plan to make sure women can fully participate in our economy and country. https://t.co/vUWUanQAR0

“The Biden Agenda for Women,” as it’s called, is pretty much what you would expect. Among the bullet points appearing in the article are improve economic security, help women navigate work and families, end violence against women, and protect and empower women around the world. The agenda also revives the myth that women are paid less for the same work.

But there is something genuinely curious about this manifesto, and that is its length. The article runs 11,347 words, raising the question of when Biden had time to write it.

An even more compelling question is why the article, which carries Biden’s byline, refers to him throughout in the third person. The opening sentence for example reads:

Joe Biden is going to build our country back better after this economic crisis and that includes ensuring we get closer to full inclusion of and equality for women. Women — particularly women of color — have never had a fair shot to get ahead in this country. 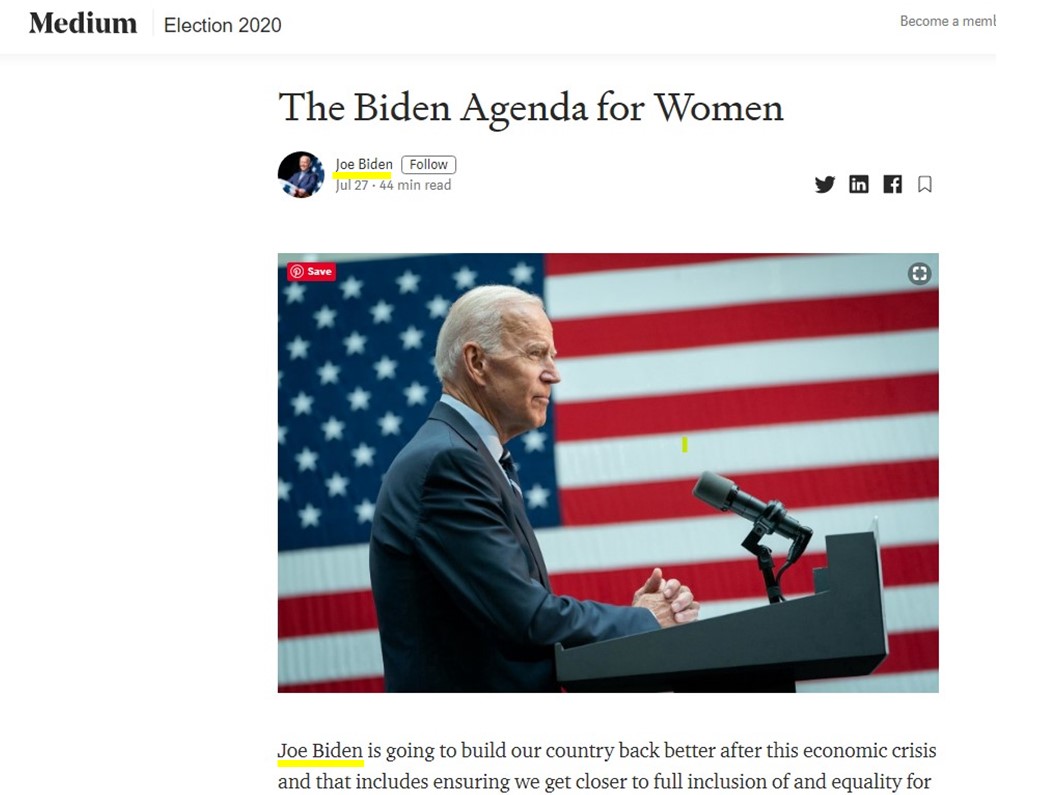 Is he planning to use the regal first person plural if he is elected?

The more likely explanation is that the manifesto was written for him by a staffer careless enough to refer to him in the third person even though his byline appears at the top.

Then again there’s the possibility that Biden plagiarized the work. It wouldn’t be the first time. 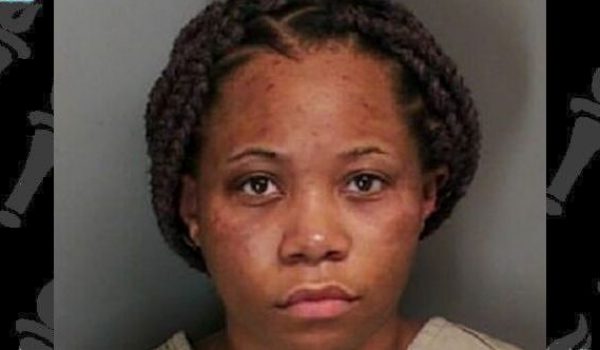 Woman torches SUV, resulting explosion blows up in her face
Next Post
FBI is investigating violent attacks in Portland