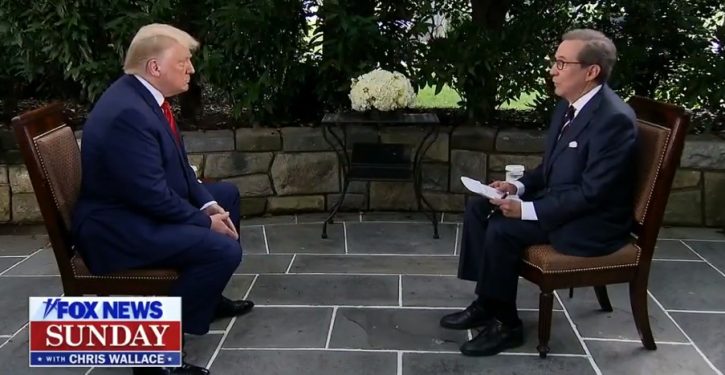 Liberals are clutching their pearls over the chilling scenario of Donald Trump barricading himself in the Oval Office in the event he loses the 2020 election to Joe Biden. “What happens if the president doesn’t accept the election results?” CBS News asks in the headline of a piece out yesterday. The question echoed the advice given last week by two-time presidential loser Hillary Clinton who urged Americans to “be ready” if Trump won’t “go quietly” after election. If I don’t know better, I’d say that sounds like a call to arms. (RELATED: Eric Holder and Joy Reid discuss how Trump could use paramilitary to suppress vote)

The source of the Left’s angst is the Trump refusal last Sunday to give Fox News host Chris Wallace a simple yes or no answer to the question of whether he’d accept the results in November. “I have to see,” he said truthfully when asked. It’s not as though the president doesn’t have good reason to be skeptical considering what Democrats have put him through since before the 2016 election, but the party of science still isn’t ready to concede its own role in Russiagate.

By way of answering the title question of her article, CBS News author Caitlin Huey-Burns quotes George Washington University Law Professor Jonathan Turley, who offers assurances that “it is not up to President Trump, and the country does not have to satisfy him that he has lost,” adding:

The Secret Service on Inauguration Day is under the direction of the new president. Upon the oath of office taken by his successor, President Trump becomes a guest in the White House. If he remains, he becomes an unwelcome guest. If he refuses to leave, he becomes an arrested guest.

As for the Left’s gnashing of teeth over the question of will he or won’t he, I recommend they give it a rest. There is nothing that Nancy Pelosi, Chuck Schumer, and the entire Democrat-media complex would love to see more than Donald Trump in shackles frog-marched across the White House lawn — or whatever form the fantasy takes in their imaginations.

But if any of them were being truthful, they would acknowledge that the real concern should not be with whether Trump will accept the elections results but whether they will. Remember these images from Election night 2016 or shortly after? 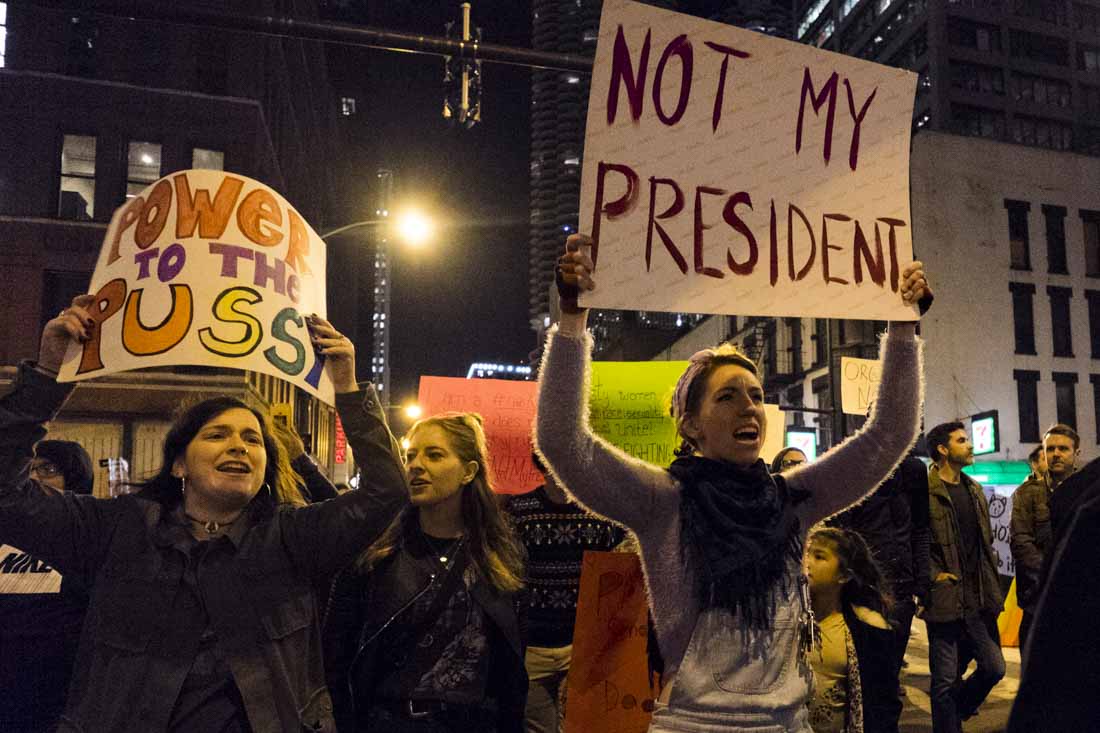 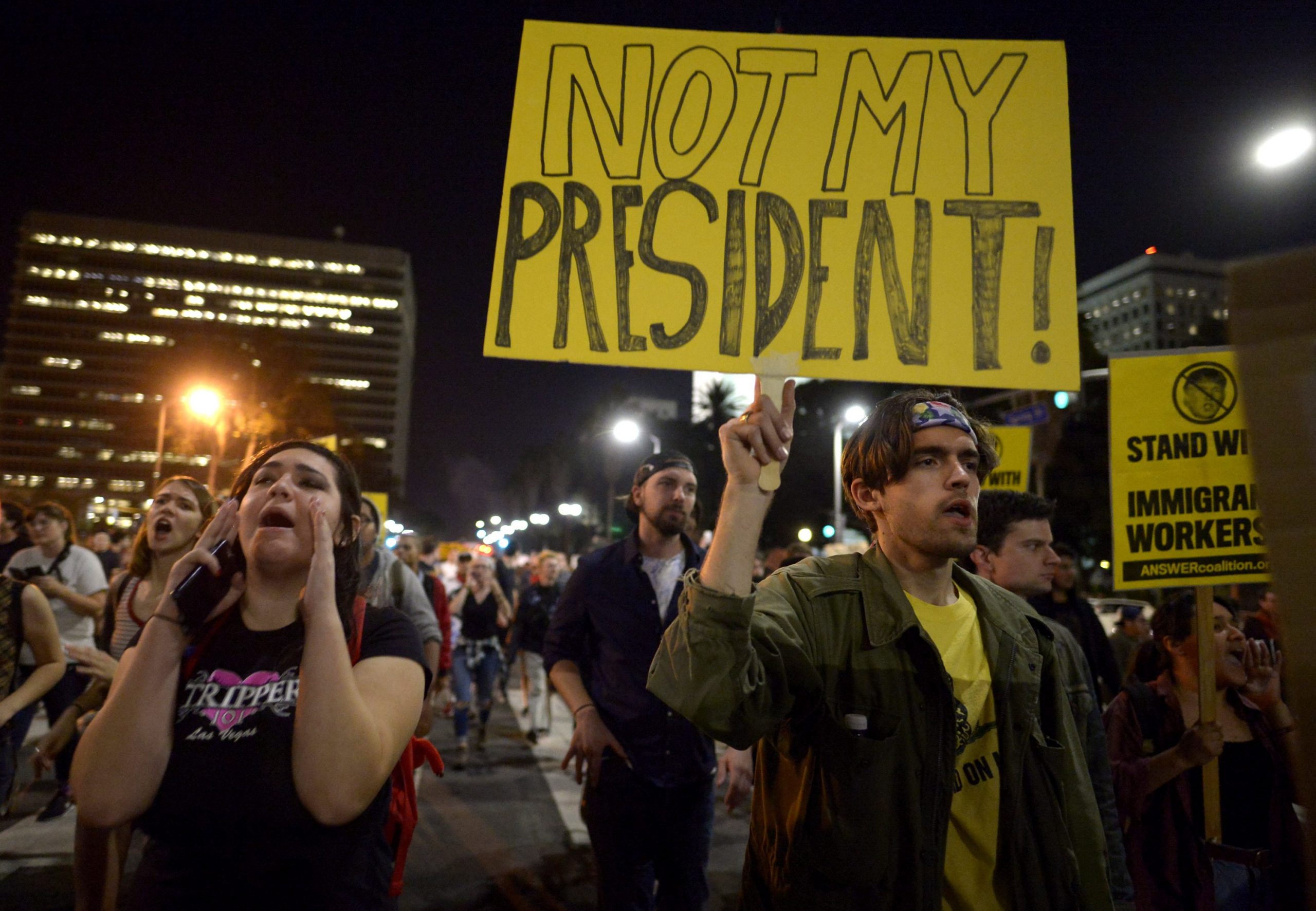 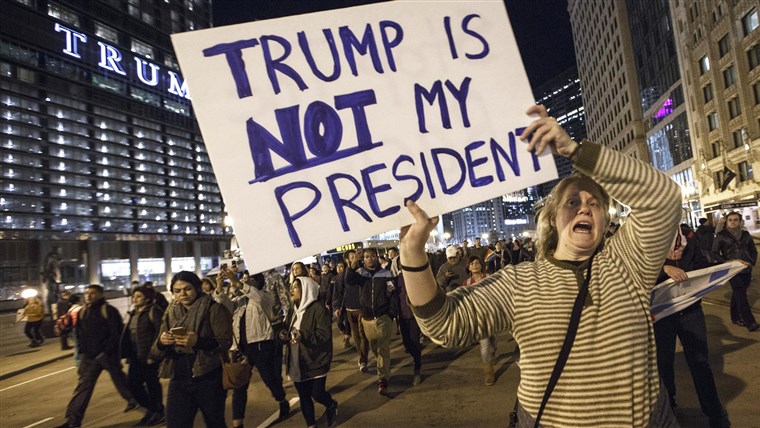 Or how about this?

Formerly known as Washington’s Birthday, President’s Day is intended to honor the incumbent president and all those who have served in the Oval Office as the nation’s chief executive. Leftists, however, are apparently incapable of recognizing the fact that Donald Trump is the current president and have chosen, instead, to honor Hillary Clinton — even though she has never been elected to the White House.

What happens if the president doesn’t accept the election results?
Next Post
Eric Holder and Joy Reid discuss how Trump could use paramilitary to suppress vote