Joe Biden’s presidential campaign is about to hit a bumpy stretch. A video has emerged from 1989 that the former vice president is going have some difficulty squaring with his radical new base. (RELATED: Why defunding police may become a problem for Biden)

The speech lays out the then-senator’s six-step plan for stemming the “rising tide of violence in America,” which might sound like a current plank in his platform. Except that the steps he recommends are at odds with the current goals of the Democrats, which include defunding — if not eliminating — the police across America, shortening (or eliminating) the long prison sentences for “non-violent” crimes, and emptying our prisons altogether as much as is humanly possible. As an indication of where Democrats stand on these issues, in 2010 then-Pres. Barack Obama commuted the life sentence of David Barren to five years of supervised release. What had Barren done to warrant such a stiff penalty? He had conspired to to distribute over five kilograms of cocaine, structure financial transactions, and conceal money laundering, just for starters. As to whether dealing drugs is a “non-violent” offense, one need only consult the families of the 70,000 people who die of drug overdoses in the U.S. annually for an answer.

In Biden’s six-step plan he calls for punishing drug dealers “swiftly, surely, and severely.” He also advocates “holding every drug user accountable.” As to the question of whether drug trafficking is a violent crime, Biden posits that “this very day, violent drug offenders will commit more than 100,000 crimes.” He also laments having “no more police in our streets than we did ten years ago.”

The senator also uses his bully pulpit to lambaste then-Pres. Ronald Reagan for not having “enough police officers to catch the violent thugs, not enough prosecutors to convict them, not enough judges to sentence them, and not enough prison cells to put them away for a long time.”

Watch for yourself. Note: Turn the volume way up.

Joe Biden speech found, from 1989, that requires some explaining from the Biden campaign✔️

Hear for yourself, Joe Biden’s 6 step plan to “stem the rising tide of VIOLENCE in America”
Thread 1/4 ⬇️ Turn UP your volume✔️pic.twitter.com/q1dVSrXP6R 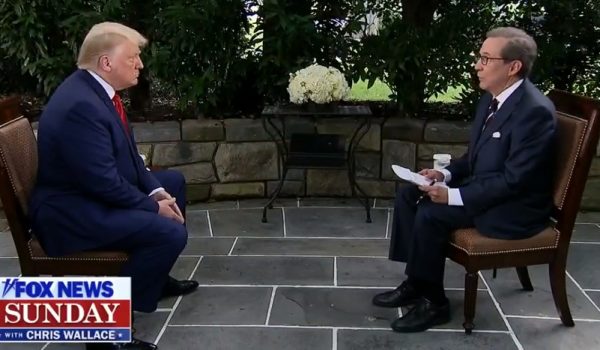 The Left can cut the crap: They’d love nothing more than Trump refusing to accept election results
Next Post
Charlamagne Tha God appears to have decided who he’s voting for: sorry, Joe