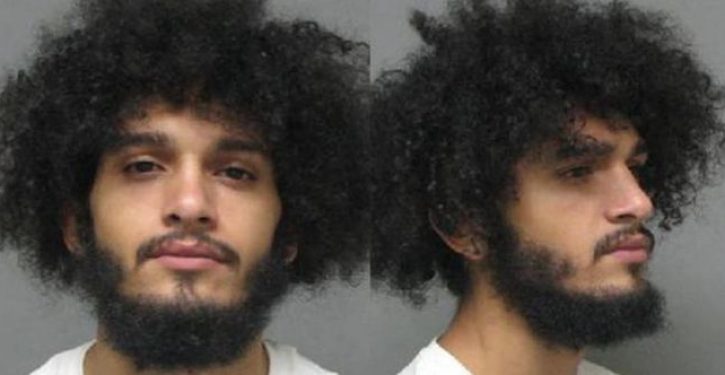 What better way to show your outrage over the police abuse that led to the death of George Floyd than to act out the same abuse on a helpless toddler? That was the solution favored by Isaiah Jackson, 20, of Clark County, Ohio, who posed for a photograph of himself with his knee on the neck of a screaming 2-year-old. To make sure that his unambiguously anti-white message “took,” Jackson added the caption “Blm now mf” before uploading the photo to social media. 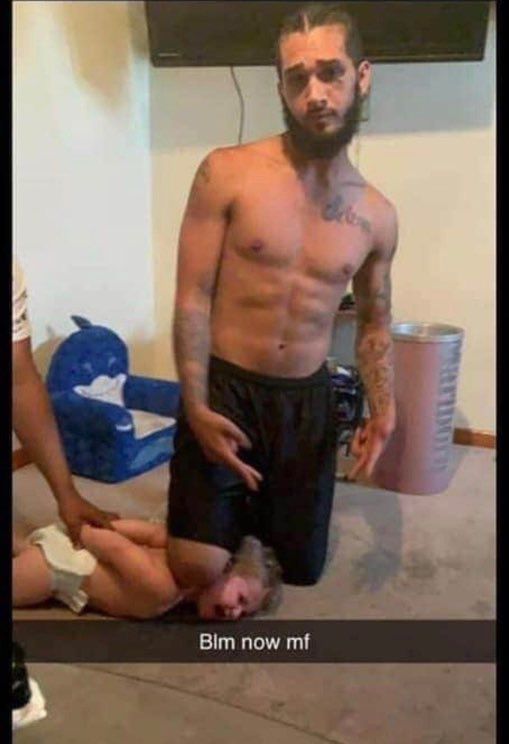 According to station WHIO, Jackson has been booked in the Clark County Jail on a probation violation and faces yet-to-be-determined felony charges.

Investigators made contact with the child, their [sic] mother, and Jackson. The child was transported to an area hospital for examination, however they did not suffer any injuries from the incident deputies said.

“Subsequent interview with the mother revealed that she was unaware of the photo having been taken, or its contents, until she had been informed by other parties,” [Clark County Sheriff’s Office Lt. Kristopher] Shultz said.

According to Maj. Chris Clark, who communicated via email with the Washington Times, the investigation is still at a “very early” stage.

Among the questions that remain is whether Black Lives Matter will publicly condemn this hideous stunt carried out in its name and, in the event it doesn’t, whether the high level of support the movement is currently enjoying will be adversely affected, though I wouldn’t hold my breath.

Harvard faces calls to rename ‘Board of Overseers’ over slavery ties
Next Post
Priceless Biden: Trump wrong to blame China for COVID because Asians all look the same