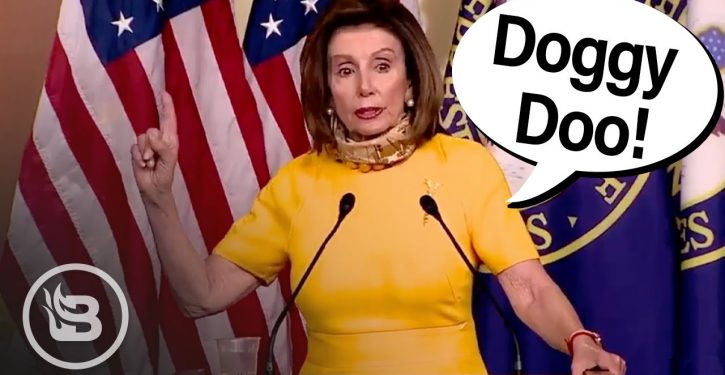 She’ll show him. Speaker Nancy Pelosi, who, n.b., doesn’t hate Donald Trump, though you’d never guess it judging by her behavior toward him, has been on the president’s case since long before she engineered a lengthy and pointless impeachment proceeding against him. Anything he does is an abomination in the eyes of God. After he commuted the sentence of longtime adviser Roger Stone, for example, Pelosi proposed enacting “a law that presidents cannot issue a pardon if the crime that the person is in jail for is one that is caused by protecting the President, which this was.”

But one of Pelosi’s biggest bugbears has been the president’s name for the coronavirus. Make no mistake: She has been one of Trump’s vociferous critics regarding his general handling of the virus. But what really raises her hackles is his use of the label “China virus,” which she claims is “xenophobic.” Now referring to a virus after the place where it is believed to have originated long predates the Trump presidency. The H3N2 virus, which killed a million people worldwide in 1968, was popularly known as the Hong Kong flu. And Ebola, an outbreak of which proved to be a headache to the Obama presidency, is named after a river in the Democratic Republic of Congo where it was first isolated in 1976.

But Pelosi is as oblivious to logic as she is offended by Trump’s nickname for the disease. She is so offended in fact that yesterday she tried turning the tables on him by referring to the contagion as “the Trump virus.” She made the snide reference on CNN following the president’s resumption of the coronavirus briefings. Here is a video clip of the segment followed by a transcript:

Nancy Pelosi: With the president’s comments today he recognized the mistakes he made by now embracing mask wearing and the recognition this is not a hoax, it is a pandemic that has gotten worse before it will get better because of his inaction, and clearly it is the Trump virus.

Wolf Blitzer: What do you mean Trump virus?

Pelosi: If he had said months ago let’s wear masks and socially distance instead of Rallies and whatever they were, then more people would have followed his load. He’s the president of the United States. Instead of making it a bad example like a manhood thing. Briefing on the Coronavirus should be about science and that is something the president has ignored. It should be about governance and now he’s finally embracing and saying it is okay to wear a mask. I think a good deal of what we have suffered is clearly the Trump virus.

Blitzer: You are saying thousands of Americans have died because of what the president has done or not done. Is that what you are saying?

Pelosi: That’s what I am saying. 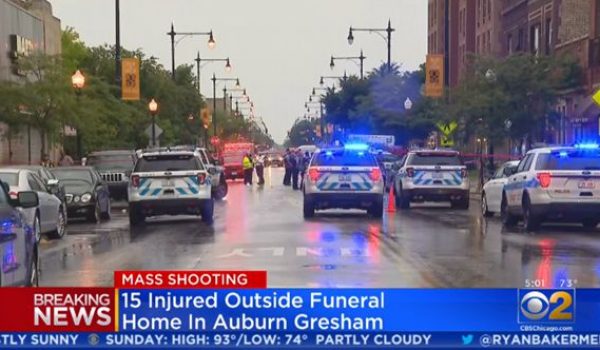