Writing in an op-ed for Fox News, Schoen lays out how candidates backed by Trump claimed victory having “unquestionably benefited significantly from the president’s support.”

Delving deeper into the weeds, Schoen explains how this could bode well for his chance of reelection.

“In many ways, the weight of Trump’s endorsements in Alabama and Texas signals that the president’s current chances for reelection may be stronger than national polls indicate,” he wrote.

In other words, we’re seeing signs that polls aren’t indicative of the actual national mood when it comes to voters actually casting their ballots. Sound familiar?

Wow, just called! @TTuberville – Tommy Tuberville WON big against Jeff Sessions. Will be a GREAT Senator for the incredible people of Alabama. @DougJones is a terrible Senator who is just a Super Liberal puppet for Schumer & Pelosi. Represents Alabama poorly. On to November 3rd.

A poll commissioned by the Alabama Forestry Association (AFA) last month had former Auburn University football coach Tommy Tuberville and former senator and attorney general Jeff Sessions in a dead heat for the GOP nomination for the Senate seat in Alabama.

Sessions internal polling had suggested he held a 6-point lead.

What has happened in the month since those polls? The media has told you the President’s approval numbers have declined sharply. That the GOP has lost any hope of retaining the Senate. That it’s over.

Instead, Tuberville, who had a full endorsement from the President trounced Sessions, 60-39 percent, a whopping 21-point victory.

Did the silent majority speak out, or what?

88 and 2 (really 1) in ENDORSEMENTS this election cycle, and @FoxNews was critical. Has anyone ever done so well? I doubt it! Steve D. @foxandfriends

“Meanwhile, in Texas former White House physician Dr. Ronny Jackson, who was endorsed by Trump, won his primary for a U.S. House seat, beating out Josh Winegarner,” he explained. “Winegarner was endorsed by the outgoing Republican Rep. Mac Thornberry, who did not seek reelection.”

The Democrat pollster warned in June that polls were overstating Joe Biden’s standing when it comes to the 2020 election.

“Aspects of public polling that exaggerate Biden’s lead combined with the challenges that both he and Trump currently face will make the result of the election much closer than it currently appears it will be,” wrote Schoen.

Stony Brook professor Helmut Norpoth, who has correctly predicted 5 of the last 6 elections including 2016 has said Trump has a “91 percent” chance of winning in November.

The silent majority will have to step forward in droves in November to make that prediction come true. Do you plan on being a part of it? 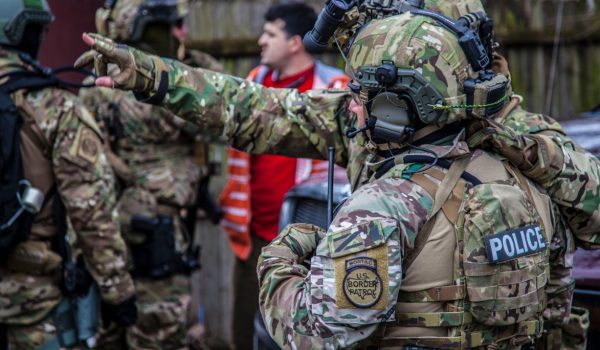 Federal police in Portland are marked and acting lawfully; meanwhile, Pelosi, ACLU, and state of Oregon side with Antifa
Next Post
Strzok notes on inaccurate NYT story a reminder: We already knew story was bogus – and FBI wouldn’t refute it