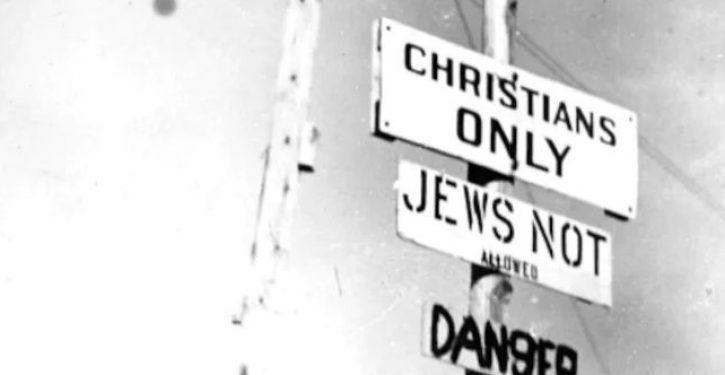 In 2002, conservative black radio talk show Larry Elder published an article titled “The Strange Phenomenon Of Black Anti-Semitism.” In it Elder cites a survey commissioned by the Anti-Defamation League that found that blacks are three to four times more likely than non-blacks to be anti-Semitic.

I must admit as a Jew that I’ve never quite understood the logic behind the black community’s resentment of my people. Like blacks, Jews once suffered the ignominy of slavery. Some will argue that the Egyptian enslavement of the Israelites occurred millennia ago, but so what? I’m confident that the sting of the lash suffered by my putative ancestors was every bit as painful as the one that enslaved blacks endured.

In the early twentieth century, Jews in America were subjected to their own form of Jim Crow. The polite term restricted was used in place of the harsher reality of signs like the one above posted in Manitoba. And I won’t even bother with the Holocaust.

So why, then, at a time when blacks in America are demanding equality with a louder voice than ever before mustered are celebrities like athletes DeSean Jackson and Stephen Jackson and rappers Nick Cannon and Ice Cube spewing anti-Semitism? It’s a question that has finally been asked by a fellow victim, basketball great Charles Barkley. “I don’t understand how you beat hatred with more hatred,” he muses rhetorically in the video that follows.

“I don’t understand how you beat hatred with more hatred.”

It will be interesting to see what reaction, if any, Barkley’s message generates. 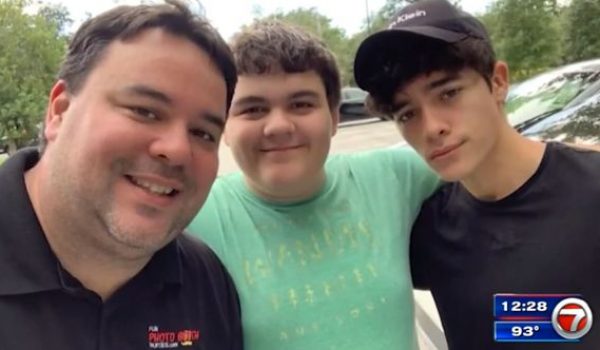