The “X” factor in any election is voter turnout. If there is record turnout in November, will President Trump’s “base-only” strategy prove to be a catastrophic blunder that renders him a one-term president?

A popular Republican turnout belief espoused by my GOP brethren is that “Trumpicans” are more enthusiastic about voting than Joe Biden supporters — part of the justification for ignoring all polls showing the president trailing Biden nationally and in swing states.

Thus, combining “more enthusiastic” with “about the same,” Democrats total 84% compared to 85% for Republicans. But leading the “enthusiasm race” by one percentage point hardly qualifies for GOP bragging rights. Then, that small advantage is erased by the 13% of Republicans who are “less enthusiastic about voting” compared to 11% for Democrats.

Moreover, for the first time, independent voters outnumber registered Republicans. Earlier this year, The Hill reported, “According to data from Ballot Access News, independents make up 29.09 percent of registered voters, while Republicans make up 28.87 percent and Democrats make up 39.66 percent. The data comes from the 31 states that require registration by party.”

Therefore, if voter enthusiasm is statistically tied for Democrats and Republicans, but the number of registered Democrats swamps Republicans by nearly 11 percentage points, then, one would think courting independent voters would be a priority for the president. But the opposite is true. Trump has been running a base-only campaign since he started running for reelection on Jan. 20, 2017. Yes, that date is correct: Inauguration Day is when Trump filed with the Federal Election Commission .

With Election Day in less than four months, amid messaging often characterized as divisive in what is now a “powder-keg” nation, Trump is clinging to that strategy. The downside of his refusal to cast a wider net was reflected this week in the Cook Political Report’s projections that Biden has already reached the Electoral College threshold of 270 votes (and exceeded it with 279).

Cook’s bold conclusions are based on Biden’s polling lead but, of course, are not set in stone. “Just ask President Hillary Clinton” is the default Trumpican response.

As a longtime Republican concerned about the GOP’s future, I was troubled about the efficacy of Trump’s base-only emphasis even when all the economic indicators shouted “reelection.” In a June 2019 RealClearPolitics piece headlined “How GOP Insiders View Trump´s ‘Base-Only’ 2020 Strategy,” I solicited opinions from a handful of Republican presidential campaign veterans. Among them was Mark McKinnon, the chief media strategist for George W. Bush’s 2004 reelection campaign. He said, “It’s a risky strategy because in order to be successful, it means the campaign has to suppress turnout with Democrats to a level at or lower than it was in 2016. And given what we saw in 2018, Democratic turnout is likely to be significantly higher.”

Since June 2019, we can all agree that the nation’s political, cultural, health, and economic landscape has shifted 180 degrees. Thus, “suppressing turnout” when voters are angry, wary, and want to lash out at the status quo is even more unrealistic and antithetical to Trump winning reelection with a base-only strategy.

And the Democratic gains McKinnon referred to as “what we saw in 2018” can be construed as an anti-Trump record-breaking midterm election turnout, even with what was then a robust economy in the pre-COVID era. If those voter groups show up with the same force in November, then Trump’s base will drown in a sea of blue.

Let’s examine the voter groups ranked in order of the highest percentage increases, according to U.S. Census voting data from the 2018 midterms as compared to those in 2014:

Those with only a high-school diploma increased by 8.2 points

Voters 65 and older increased by 6.7 points.

Of course, Trump was not on the ballot in November 2018, but he repeatedly asked Americans to vote as though “I am on the ticket,” and, apparently, they did.

At this point in the election cycle, Trump’s base of white working men, older and rural voters, Evangelical Christians, and Catholics is showing some slippage, which helps account for the Cook’s Electoral College projections.

No matter how enthusiastic Trump voters are, they can’t double or triple in population. And Trump’s base-only strategy, even in a strong economy, was always a risky proposition. But, amid a national economic, cultural, and health crisis, while the rest of the electorate grows, it could prove to be a severe, costly, political miscalculation. 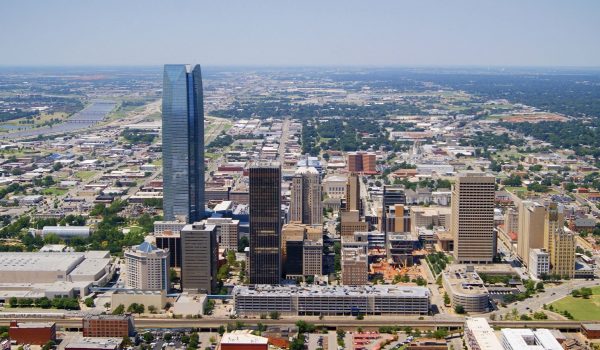 Supreme Court rules that about half of Oklahoma is American Indian land
Next Post
Poll: 66% of Americans think civilians should have power to sue police for using excessive force