In 2018, long before the death of George Floyd and the words “Black Lives Matter” began being painted on public streets in letters large enough practically to be seen from space, black author and scholar Shelby Steele was a guest on Fox News Channel’s “Life, Liberty & Levin.” He was there to discuss race relations and equality in America. Toward this end he said:

It’s over with. I grew up, I mean, it was — we never thought there would be an end to oppression. I remember being a teenager, I never thought that I’d live in a society that was not segregated. It happened. Now, are there exceptions? Yes, there are a few here and there. Will racism every completely go away? No, it is … endemic to the human condition just as stupidity is endemic to the human condition. And so we’ll always have to be on guard about it.

But we are at a point where the old-fashioned method of protest is obsolete. We need a lot of things, but we don’t need that any more. We’re at a point now where we can — we are a free people and can pursue our lives as we would like to. [Emphasis added]

Unfortunately, those on whom the words should have had the greatest impact were not watching. I am not referring to the black community, or at least not the community alone. I am referring to the radical far-left wing of the Democratic Party, which since that time has become the majority wing.

The party’s leaders in Congress — Nancy Pelosi and Chuck Schumer — have led the charge to decriminalize entry into the U.S. by illegal aliens (aka, future Democratic voters). These leaders’ actions (coaching illegals on how to avoid ICE) and proposed legislation (giving illegals due process, allowing them to register to vote) betray these insidious motives. If Democrats win both houses of Congress in November — and they might — their first acts will be to eliminate the filibuster, paving the way for a simple majority vote; make the heavily Democratic District of Columbia a state; and pack the Supreme Court.

And where does the black community fit into this grand diabolical scheme? They are merely pawns, in much the same way illegal aliens are — a means to an end. Notice that in the news videos of protesters and marchers, many, if not the majority, of faces are white. Many are members of Antifa, which has become an arm of the Democratic Party. It is Antifa and the Marxist group Black Lives Matter that ultimately fuel such acts as the firing of a recently installed University of Massachusetts Dean of Nursing for daring to send an email suggesting that all lives matter — that “no one should have to live in fear that they will be targeted for how they look or what they believe.” They are the impetus behind tearing down all vestiges of the “old white male” establishment and such in-your-face offenses as making a film that depicts Jesus as a woman with a nose ring.

Shelby Steele appeared again recently with Mark Levin to deliver essentially the same message. This time he cited tragic statistics such as the fact that 70% of black children are born out of wedlock, and most grow up without a father. Once again, regrettably, his words were lost on those who might have benefited the most from hearing them. 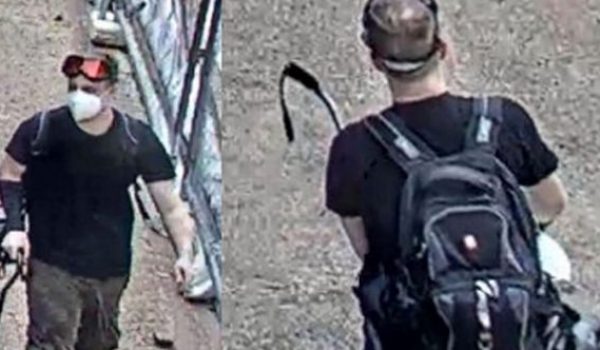 The Antifa member who organized the mob outside the White House has been arrested
Next Post
Cartoon of the Day: Mount Surigaffe