Earlier this month, Oregon’s Lincoln County exempted racial minorities from its requirement that residents wear masks to protect against the spread of COVID-19.  On June 25, it rescinded the exemption due to a public backlash over it.

But was the exemption legal to begin with? No, it violated the Constitution’s equal protection clause. That’s because it racially discriminated and did not promote a compelling government interest.

Indeed, the exemption thwarted the government’s own aims of preventing the spread of COVID-19 and protecting black lives. Black people are especially likely to suffer from coronavirus, which spreads more easily when people don’t wear masks. As CNN notes, “Black Americans are dying at disproportionately higher rates than other ethnicities. The American Public Media Research Lab estimated that Black Americans’ Covid-19 mortality rate is 2.3 times higher than the rate for” whites.

The exemption also was not needed to prevent violence. The rationale for the exemption was that it would protect black people from “violence” and threats from the police and others for wearing masks. “For many Black people, deciding whether or not to wear a bandana in public to protect themselves and others from contracting coronavirus is a lose-lose situation that can result in life-threatening consequences either way,” claimed ACLU official ReNika Moore in April.

This claim is wrong. Black people are very unlikely to be killed or assaulted for wearing a mask. There seem to be no reported instances of police killing black people as a result of mask requirements in any of the many jurisdictions that require everyone to wear a mask.

Moreover, police killings of unarmed people are very rare, and only a minuscule percentage of the population gets shot by a cop. There are over 40 million African-Americans. By contrast, only 15 unarmed black people were shot and killed by on-duty police officers in 2019, compared with 25 whites. So there is less than a one in a million chance that an unarmed black person will be killed by a cop in any given year. Tragic killings by police, like the death of George Floyd, receive vast amounts of media attention, but they are actually quite rare.

Nor do black people have an elevated risk of being killed by the police. A study by black Harvard economist Roland Fryer concluded that racism does not play a significant role in police shootings nationally. Blacks are actually slightly less likely to be killed during any given arrest than whites are, although blacks do have a higher arrest rate, reflecting the higher black crime rate. Most people killed by police in America are white — not African American. As a black professor at Columbia University notes, “Cops do not kill black people more than white people.”

Nor are they likely to face an elevated risk of interracial violence. As a black attorney and member of the U.S. Commission on Civil Rights notes in the National Review:

Contrary to the tweets and posts of some celebrities, blacks aren’t being “hunted” by whites. … Between 2012 and 2015, blacks committed 85.5 percent of all black-white interracial violent victimizations (excluding interracial homicide, which is also disproportionately black-on-white). That works out to 540,360 felonious assaults on whites. Whites committed 14.4 percent of all interracial violent victimizations, or 91,470 felonious assaults on blacks.

Indeed, an exemption could increase discrimination and harassment. If whites truly were racist enough to commit violence against black people, then exempting black people from the mask requirement would only increase such violence. That is because racial preferences fan the flames of race-based resentment, making people angry at the beneficiaries of those preferences. As the County noted in rescinding its requirement, some people reacted angrily to the exemption for non-whites. As a result, the “very policy meant to protect” minorities was spawning increased discriminatory sentiment against them.

For all these reasons, a race-based exemption to a requirement that people wear masks is unconstitutional. The government can only engage in racial discrimination — even against whites — in very limited circumstances. It must show that the racial preference or exemption promotes a compelling government interest, and is a narrowly tailored way of achieving that interest — as the Supreme Court explained in Richmond v. J.A. Croson Co. (1989).

But a race-based exemption to mask requirements undermines rather than promotes compelling interests. In addition, the government can only use race as a “last resort,” after trying non-discriminatory alternative policies first. (See Bartlett v. Strickland (2009)).

Jim Jordan calls on Nadler to help obtain Trump-Russia documents before Barr hearing
Next Post
Another deadly shooting in CHOP: Guess where Seattle City Council is directing the blame 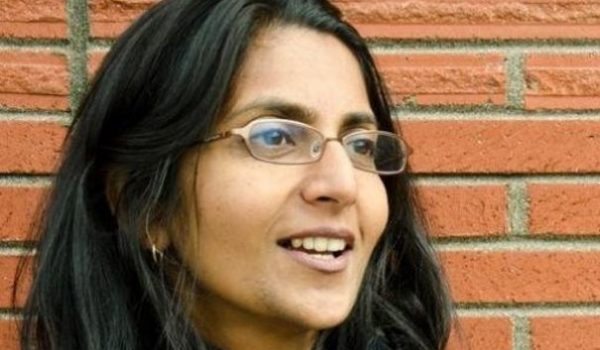