Joe Biden has been riding high for the last several months. His lead in the polls over Donald Trump, while never massive, has been growing, and the COVID-19 pandemic continues to provide him cover while he hunkers down in his basement bunker.

The only thing that has been missing from the former vice president’s dream election year has been enthusiasm on the part of his prospective voters. It’s the one area in which he has trailed Trump month after month.

But as we draw closer to Nov. 3, dark clouds are beginning to gather on the horizon. As Democrats enter the home stretch and take a long, hard look at the bumbling, clueless old man who will almost certainly be their party’s nominee, many are beginning to experience buyer’s remorse.

On Monday, reliably left New York Times reporter Maggie Haberman appeared on CNN where she unloaded a reality sandwich on host Anderson Cooper. “Look, as much trouble as Donald Trump is in politically right now, a lot of it in his own making but certainly not all of it, Joe Biden is still a very flawed candidate. He is running a flawed campaign so far,” she said.

She went on to remind Cooper of how many Democrats are still wearing the scars of Hillary Clinton’s loss in 2016 and expressed concerns that history will repeat itself in November. Unlike Biden, Hillary, you may recall, had a commanding lead in the polls.

Joe Concha, media reporter for The Hill, threw more cold water on Biden’s chances this week, telling Steve Doocy of “Fox & Friends” that Democrats are concerned that Biden “does not have the mental acuity that he even had a couple of years ago.” He went on to posit that Biden could not withstand the lengthy press conferences that Trump deals with normally, adding:

It’s a lot easier to have a handpicked interview, where you have ground rules, with certain outlets that may be friendly to your candidate, as opposed to having a press conference which Mr. Biden has not done in 80 days.

But perhaps Biden’s biggest concern should be the demands of the voting bloc he most needs to win the presidency: blacks. Liberal groups are warning that he could lose the black community’s backing if he doesn’t meet their policy demands, which include reparations and defunding the police.

More than 50 liberal groups warned Biden could lose Black support if he doesn’t step up to a list of policy demands, including reparations and defunding police & prisons. My story on @foxnewsnight with @ShannonBream pic.twitter.com/oVWBJf0xJH

It was perhaps an intimation of these demands that radio host Charlamagne tha God had in mind when he told Biden in May that he had more questions for the candidate, prompting Biden to commit the worst unforced error of his candidacy:

Back when the Democratic field was flush and Biden’s candidacy seemed doomed, his wife offered up this ringing endorsement:

Your candidate might be better on, I don’t know, health care, than Joe is, but you’ve got to look at who’s going to win this election. And maybe you have to swallow a little bit and say, ‘OK, I personally like so and so better,’ but your bottom line has to be that we have to beat Trump.

It’s now beginning to appear that for many voters that’s a bridge too far. 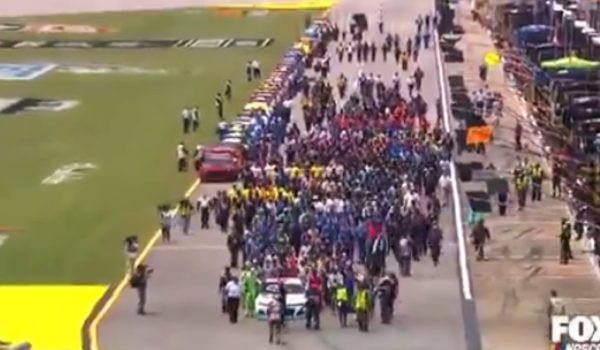 Oops: FBI says ‘noose’ not left for Bubba Wallace in this NASCAR tangle
Next Post
Cartoon of the Day: National emergency 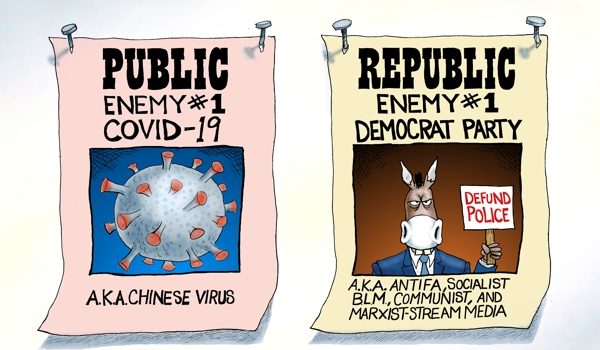