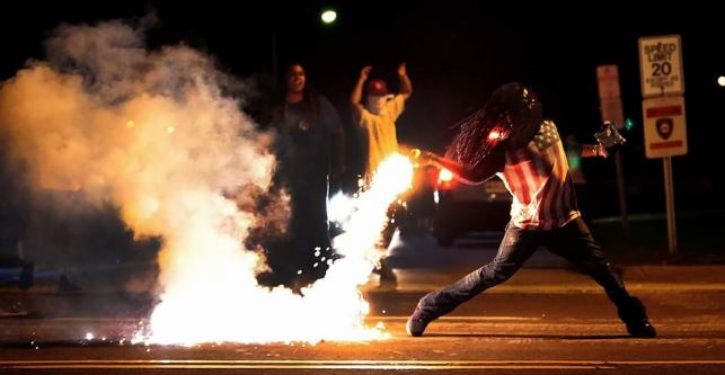 Crime is rising sharply in some progressive cities, amid growing calls to “defund the police,” and a more hostile attitude toward cops.

Over the Father’s Day weekend in Chicago, 104 people were shot, 14 fatally, notes the Chicago Tribune. “It is the most people shot in one weekend since at least 2012. … Twelve of those shot this past weekend were younger than 18 years old. Five of those children died. Six shootings involved three or more victims.”

Police seem to be going into dangerous areas less, and doing less proactive policing. They surely know that an increasing share of the population views them with hostility and that a single bad encounter — such as a justified police shooting — can lead to a riot.

People who feel this way can end up sitting on a jury and acquitting a criminal who attacked a police officer. Even justified police shootings can lead to a riot and attacks on the police. The shooting of Michael Brown triggered looting and rioting in Ferguson, Mo. But the Justice Department’s Civil Rights Division later found that the shooting “was justified.”

Bullets are whizzing around New York this month at a rate not seen in nearly a quarter century, according to the NYPD — and police sources warned that the recent run of gunplay may be the new normal.

Through the first three weeks of June, which came to a close Sunday, city streets echoed with 125 shooting incidents, Chief of Crime Control Strategies Michael LiPetri told The Post on Monday.

As Hot Air notes, “Shootings and murders have shot up … with violent crime rates more than double the same period last year.” That followed the mayor’s announcement “that he would cut police department funding” as “calls to ‘Defund the NYPD’ reached a crescendo.”

Hostile scrutiny of the police seems to reduce proactive policing and increase the crime rate. As USA Today reported in 2017:

More than three-quarters of U.S. law enforcement officers say they are reluctant to use force when necessary, and nearly as many — 72% — say they or their colleagues are more reluctant to stop and question people who seem suspicious as a result of increased scrutiny of police, according to a new study published Wednesday by the Pew Research Center.

This is the “so-called ‘Ferguson effect’ — officers becoming less proactive in their policing out of a fear their actions will be second-guessed by their superiors and the public.” Due to this effect, former “FBI Director James Comey suggested an increase in violent crime in some cities may be a result of a less-aggressive law enforcement approach in the face of increased public scrutiny.”

Some police are particularly fearful of doing their jobs in the black community. When a black man is shot by the police, the media often jump to conclusions and assume that the killing was due to racism. But most police shootings are justified, not racially-motivated. Most people killed by the police have a weapon. And unarmed people shot by the police usually aren’t black: In 2019, 9 unarmed black people were shot and killed by on-duty police officers, compared with 19 whites. Victims remain mostly white if you expand the tally to include off-duty police officers and deaths from causes other than gun shots. A study by a black Harvard economist found that anti-black racism does not play a significant role in police shootings.

The media leave the false impression that most people shot by the police are black. That’s because it spends days and weeks talking about the unjustified killing of black people like George Floyd, but it only briefly mentions the unjustified killings of whites, like Tony Timpa or Daniel Shaver. Their killings were just as unjustified as Floyd’s, and also captured on video. Yet their deaths led to far less media coverage, because they were white. (Timpa died after 14 minutes of being restrained and struggling to breathe. Shaver died after sobbing and pleading not to be killed).

Cuomo: Statues coming down is a ‘healthy expression’
Next Post
Convulsions of liberal democracy 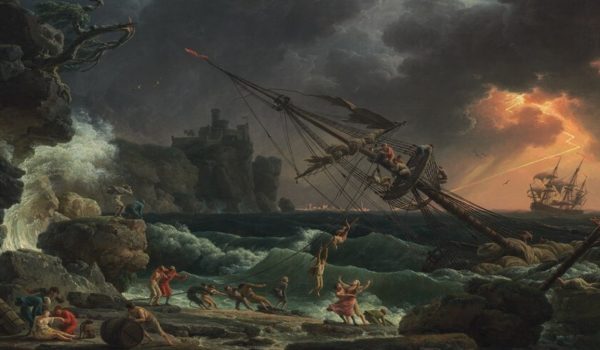