As the New York Post reports, on Saturday CHOP, aka the “summer of peace and love,” suffered its first casualty.

Shooting erupted early Saturday inside Seattle’s no-cop “autonomous zone,” leaving one person dead and another critically injured — and police fuming that they were stopped from responding by a human chain of protestors.

In chaotic scenes captured on video, police with riot shields attempted to enter the so-called Capitol Hill Autonomous Zone shortly after bullets flew at approximately 2:30 a.m., but were stopped at the “border” by protestors linking arms. …

The second paragraph makes it clear that the shooting was an “inside” job. As to motive, one possibility is that the shooting victim had eaten more than his share of vegan meat substitute. Recall that back in its CHAZ days, CHOP endured a food shortage after hungry homeless people made off with their vittles.

But not everyone in Seattle is convinced that the gunman was a CHOPper. Seattle council member Kshama Sawant released a statement Saturday afternoon in which she shared her suspicions that it might have been a “right-wing attack”:

Though we await confirmation of the details of the killing, there are indications that this may have been a right-wing attack. If so, this would not be the first such attack on the Capitol Hill Black Lives Matter protest. As many recall, an armed man drove into the protest action on June 8, and shot black activist Dan Gregory, who had heroically intervened to stop the driver.

It is no accident that right-wing hate and violence has grown dramatically with Donald Trump in the White House. If this killing turns out to be a right-wing attack, President Trump bears direct responsibility, since he has fomented reactionary hatred specifically against the peaceful Capitol Hill occupation, and even threatened to intervene with federal troops. Also responsible are the conservative and corporate media outlets, both locally and nationally, which have themselves whipped up right-wing hate by completely misrepresenting the nature of the peaceful protest occupation, and who are continuing to do so even now, claiming that this shooting proves the CHOP is descending into chaos. Seattle’s establishment Mayor Jenny Durkan and Police Chief Carmen Best also share responsibility for having portrayed our protest movement as violent.

So the hate-fueled violence that has rocked the country for a month — the burning of cars and buildings, the toppling of statues — has emanated from the political Right? You could have fooled me. 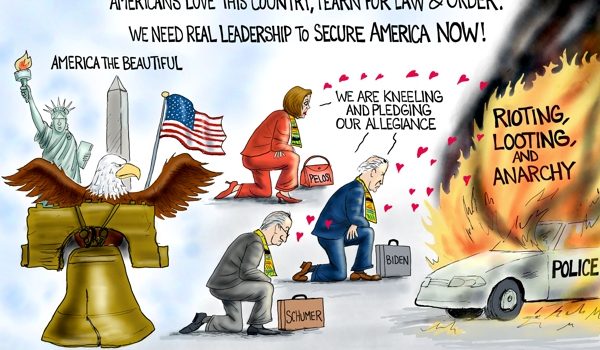 A call to action
Next Post
Style guide update: Capitalize the ‘B’ In ‘black’ when referring to people