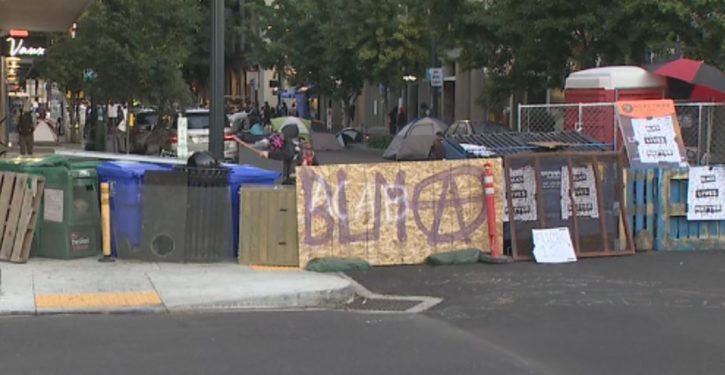 Portland Mayor Ted Wheeler has made a name for himself in recent years by leaving the streets open to rampant violence by Antifa and rebuking the police for attempts at enforcing law and order.

In 2017, for example, when Antifa made a practice of throwing rocks and bricks at police, Mayor Wheeler sent a letter to the police chief demanding to know why his officers were wearing riot gear and using crowd control devices, which might affect those who were “protesting peacefully.”  While this exchange was still fresh, Antifa turned to pelting cops with urine and feces, but that didn’t seem to faze Wheeler.

Perhaps it didn’t occur to Wheeler that discouraging Antifa would be the most effective way to minimize any impact on peaceful protesters.

By 2018, it was clear to the Portland Police that Wheeler would harass them with paperwork if they kept order, but praise them if they didn’t.  So they stood back and let Antifa attack and pursue motorists trying to make their way through downtown Portland, and Wheeler duly came out and supported their inaction.

Somehow, the Antifa violence kept getting worse.  When journalist Andy Ngo was hospitalized with serious injuries after a beating from Antifa thugs in Portland in June 2019, Senator Ted Cruz (R-TX) called for legal action against the mayor because of his hands-off policy.

Still, during the recent rioting, Wheeler’s Portland has continued to do little to deter or contain Antifa.

Little, that is, until Wednesday night, when Antifa and BLM began setting up an “autonomous zone” in Portland’s Pearl District, right outside Mayor Wheeler’s condo building.

Remarkably, that seems to have gotten the Portland Police on the ball.  The “activists” blocked off the street and proclaimed it to be the “Patrick Kimmons Autonomous Zone,” named after a man who in 2018 shot two people and then charged at police with a revolver, and was fatally shot himself during his attack.

The police moved in with startling promptness to clear Antifa and BLM from the PKAZ.

.@PortlandPolice declared the autonomous zone a civil disturbance, moved in, and cleared the area quickly.

Their barricades, debris, and graffiti were being cleared out just as promptly, as indicated by local media video on Thursday morning.

ALERT: police have brought in Rapid Response team to clean barricade debris from ‘Autonomous Zone’ set early this morning in the Pearl District. Looks like most protesters have moved on, NW Glisan BLOCKED at 9th currently #LiveOnK2 #pdxtraffic pic.twitter.com/qk0zOUCexk

For some reason, Wheeler – who was out helping with the clean-up – emphasized that the “protesters” were doing something more than exercising their free speech rights on Wednesday night.  It seemed to be significant to him, among other things, that they were “doing a lot of damage.”

We spotted Portland Mayor Ted Wheeler picking up trash in his neighborhood after police cleared the autonomous zone that had formed outside his home. Here's his reaction to what they did.

In fact, Wheeler disclosed that he left his residence Wednesday night during the attempt to establish an autonomous zone:  “I actually wasn’t here last night.  I was here for, uh, part of it – of the evening, the demonstrators were out here in front, and I made a decision to leave.”

#LiveOnK2: Mayor @tedwheeler says he was not at Portland 'Autonomous Zone' overnight that built outside his condo: "I left" and came back early this morning to "help keep the neighborhood clean" @KATUNews #LiveDesk pic.twitter.com/UoaWr0NvdN

Apparently, North Carolina politician John Edwards was right, all those years ago.  There are two Americas. To be in one of them, you have to be Mayor Wheeler.  If you’re in the other America, as most of the residents of Portland are, you take your chances with Antifa. 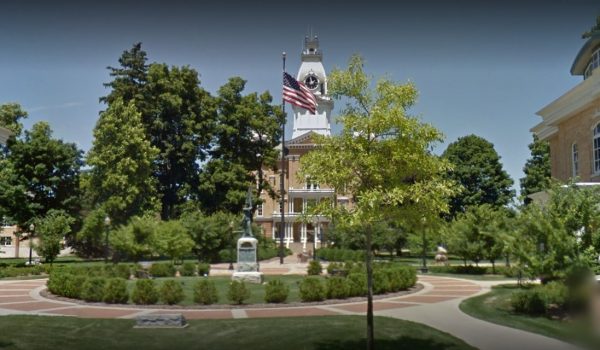