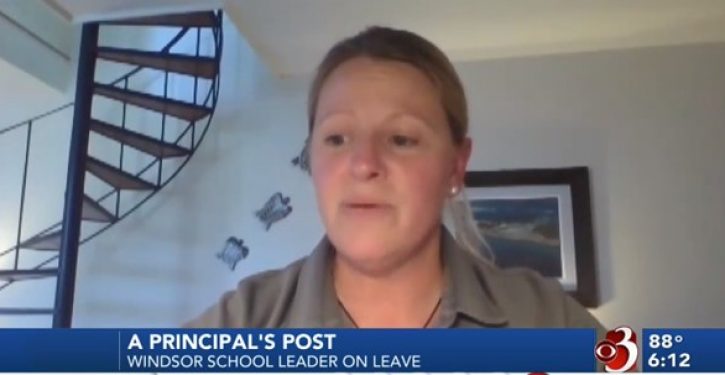 A Vermont principal has been removed from her position and placed on leave for speech critical of the Black Lives Matter movement. That violated the First Amendment because her speech was not disruptive in any way and did not even occur in school.

A high school principal named Tiffany Riley posted some statements on Facebook which offered support for the idea that black lives matter but questioned the truthfulness of some claims made by those associated with the group:

“I firmly believe that Black Lives Matter, but I DO NOT agree with the coercive measures taken to get to this point across; some of which are falsified in an attempt to prove a point. While I want to get behind BLM, I do not think people should be made to feel they have to choose black race over human race. While I understand the urgency to feel compelled to advocate for black lives, what about our fellow law enforcement? What about all others who advocate for and demand equity for all? Just because I don’t walk around with a BLM sign should not mean I am a racist.”

I don’t know which “falsified” claims Riley is talking about but there are certainly many to choose from. For instance, many recent protests have featured people chanting “hands up, don’t shoot” despite the fact that the incident from which this slogan arose never happened.

In removing Riley, the school board admitted she had had a “meaningful and positive impact on Windsor School.” But it said her statements quoted above showed “ignorance” and “prejudice.”

Riley was right about erroneous claims being made by BLM. The Black Lives Matter movement started in response to the killing of Michael Brown in Ferguson, Mo. Brown was falsely said to have been wrongfully killed despite saying “hands up, don’t shoot.” But this “hands up, don’t shoot” claim was later debunked by the Obama Justice Department. The Washington Post reported in 2015 that “Ferguson police officer Darren Wilson was justified in shooting Michael Brown,” according to the Justice Department. An 86-page report by the Justice Department’s Civil Rights Division found that both physical evidence and “credible” witnesses supported Officer Wilson’s version of the event, which triggered large BLM protests as well as looting and rioting.

But even if Riley was wrong, that wouldn’t matter. The First Amendment has been interpreted by courts to protect even negligently false speech, although not speech that was knowingly libelous. As the federal appeals court in Boston explained, “Erroneous statements of public concern will be protected unless they are shown to have interfered with the employee’s performance or the regular operation of his governmental agency.” (See Brasslet v. Cota (1985)).

The fact that some readers may have been offended by Riley’s Facebook posts did not give the school system the right to fire her. In Thompson v. Board of Education of Chicago (1989), a federal judge ruled that a teacher’s remarks in a news article about problems in the Chicago school system (such as gang activity) were protected by the First Amendment, even though some minority parents and teachers perceived them as racist and inflammatory. Similarly, a federal appeals court ruled that a professor could teach that Zionism was racism, even though his stance was perceived by some as bigoted and resulted in “growing furor” against him, in Dube v. State University of New York (1990).

Some readers may have taken umbrage against her claim that “people should” not “be made to feel they have to choose black race over human race.” But criticizing race-conscious stances and policies is protected by the First Amendment. For example, the California Department of Corrections attempted to fire John Wallace after he angrily denounced its race-conscious affirmative action plan to a Hispanic  employee. An appeals court, however, ruled that his criticism of the plan was protected speech, and barred his termination, in California Department of Corrections v. State Personnel Board (1997).

Expression far more offensive than Riley’s has been held protected by the First Amendment. For example, an appeals court ruled that a police officer could not be fired for moonlighting as a blackface entertainer, in Berger v. Battaglia (1985). The employee’s off-duty speech was protected even though it offended many black people. Riley has done nothing remotely as offensive as performing in black-face.

There are other arguably erroneous BLM claims that Riley could have been speaking about in her “falsified” remark. The very name of Black Lives Matter suggests that police are capriciously taking black lives through discriminatory policies. But scholars have taken issue with that premise. A study by a black Harvard economist concluded that police killings are not primarily due to racism, and racism does not play a significant role in police shootings nationally.

Most police killings occur for reasons unrelated to race. Most people killed by police in America are white — not African-American. For example, Daniel Shaver was white. He was shot and killed while pleading for his life. The cop who killed him was terminated, but later reinstated just long enough to qualify for his pension.

Riley’s reference to “coercive measures taken to get” BLM’s “point across” also seems to have a factual basis: a number of people have been fired, sometimes in violation of the First Amendment, for criticizing the tactics or demands of BLM, such as its call for “defunding the police.” BLM protesters have chanted, “The Revolution Will Not Uphold the Constitution,” in urging the suppression of constitutionally-protected speech. Such censorship is a form of coercion.

BLM protesters have also defaced statues of historical figures with profanity and the word “BLM” — even statutes of white abolitionists and war heroes who helped African-Americans. They also have spray-painted anti-Israel and pro-BLM graffiti on synagogues and Jewish schools. Such acts could plausibly be construed as “coercive measures” to get BLM’s “point across.” 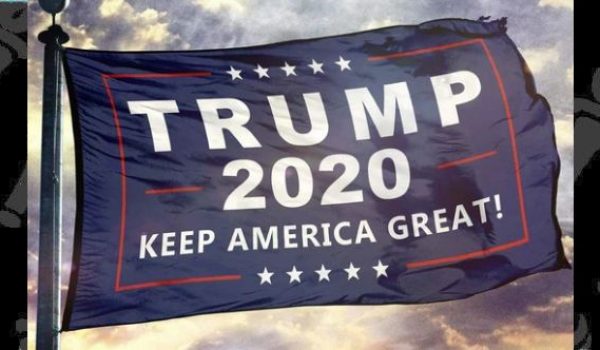 ‘We are Trumpicans: We don’t even call ourselves Republicans’
Next Post
Oops: ‘Nooses’ in Oakland city park turn out to be – well, not nooses 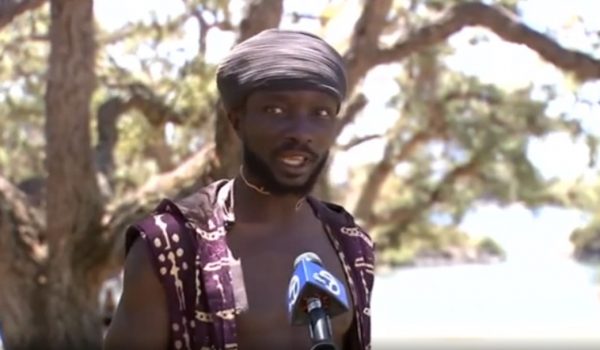