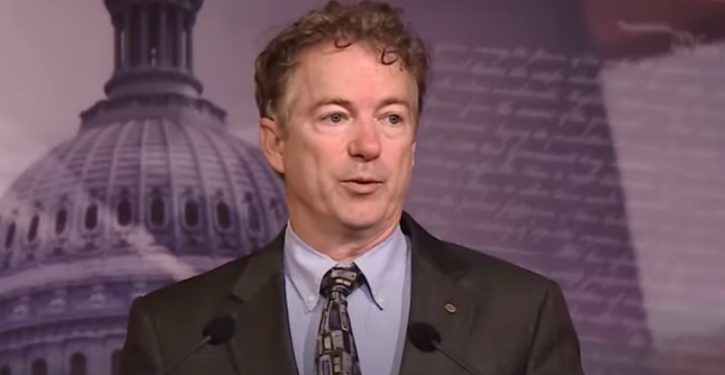 Sen. Rand Paul has introduced a bill to ban no-knock warrants, which have resulted in many deaths or disabling injuries. When police burst into a home without first knocking and presenting a warrant, residents often think a violent intruder is breaking into their home. As a result, they may get their gun or resist, resulting in them being shot and killed by the police. On average, there are about 8 to 10 cases per year where a completely innocent person is killed in such raids.

It would also be a good idea for state and local governments to ban them. The Louisville City Council recently banned no-knock warrants in a unanimous vote. The only time police should be able to enter a home without knocking and presenting a warrant is when there’s an immediate threat to life and limb.

Right now, judges routinely rubberstamp police requests for no-knock warrants, without really scrutinizing whether they have a lawful basis.

Paul’s bill, the “Justice for Breonna Taylor Act,” would prohibit federal law enforcement and local police that receive federal funding from entering homes without warning through a “no-knock” warrant. Such a warrant was obtained by the cops who shot Louisville resident Breonna Taylor to death in her home on March 13. Legal commentators have said the warrant used to break into her home was illegal.

Police who entered Taylor’s home were reportedly investigating two men they believed to be selling drugs out of a house far from her house, according to the Louisville Courier Journal. They used a battering ram to break down her door and shot Taylor at least eight times after her boyfriend fired his gun at an officer in self-defense. No drugs were found in Taylor’s home.

“After talking with Breonna Taylor’s family, I’ve come to the conclusion that it’s long past time to get rid of no-knock warrants. This bill will effectively end no-knock raids in the United States,” Paul said.

The Supreme Court has said that no-knock warrants are permissible in a minority of cases, but not most. As it explained in Richards v. Wisconsin (1987):

In order to justify a “no-knock” entry, the police must have a reasonable suspicion that knocking and announcing their presence, under the particular circumstances, would be dangerous or futile, or that it would inhibit the effective investigation of the crime by, for example, allowing the destruction of evidence.

In practice, however, judges often just rubberstamp requests for no-knock warrants, flouting the Fourth Amendment. It makes sense for Congress not to subsidize such likely constitutional violations by withholding federal funds from police departments that routinely use no-knock warrants.

Banning no-knock warrants would not place an undue burden on the police. As the Pittsburgh Post-Gazette notes, “No-knock warrants are illegal in Oregon and Florida” — and have been for years — “yet law enforcement has had no issues performing necessary operations in either state.”

Congressional action to curb no-knock warrants is necessary to curb their use in jurisdictions that refuse to ban them. Even when no-knock warrants are issued illegally, there is usually no remedy under existing law, due to the doctrine of qualified immunity. That doctrine immunizes individual police officers and other government officials from liability for constitutional violations, unless they violated “clearly established” constitutional rights. Some judges interpret that to mean that a police officer must have violated the Constitution in a way extremely similar to conduct previously found to have violated the Constitution in an earlier court decision by the Supreme Court or the federal appeals court in the region in which the police officer is employed.

The Cato Institute provides examples of just how badly police can violate the Constitution, and still receive “qualified immunity” from such judges, at this link, describing court rulings that threw out lawsuits against the police over what seem to be obvious violations of the Constitution.

In theory, judges should not be doing that. The Supreme Court, and most appellate courts, have at one point or another cautioned against the idea that you need to find a case with almost the exact same facts to strip police of qualified immunity, or bring criminal civil-rights prosecutions against the police. As the Supreme Court noted in United States v. Lanier (1997), “The easiest cases don’t even arise. There has never been . . . a section 1983 case accusing welfare officials of selling foster children into slavery; it does not follow that if such a case arose, the officials would be immune from damages [or criminal] liability.'” But some judges seem to ignore that sensible advice.

That can lead to a lot of lawsuits. In fact, there are lawyers who are able to make their entire living from suing over police abuse. Over the past decade, Chicago has had to pay out over $400 million to victims of police abuse in lawsuits filed against it.

Some police abuse is so obviously unconstitutional that qualified immunity will be denied — such as the recent killing of George Floyd in Minneapolis. As the civil-rights lawyer Chris Wiest noted, “I do civil rights cases. And I sue police. I assure you, there is no qualified immunity in [the Floyd] case for the officers involved on these facts with the video evidence.”

Even when a no-knock warrant is issued by a judge, it can still lead to litigation against the police, when they kill the homeowner who mistakes them for an intruder. The fact that someone briefly wielded a weapon is not always a basis for granting the police qualified immunity when they kill that person, as you can see from a court ruling issued on June 9, Estate of Jones v. City of Martinsburg.

Thus, no-knock warrants can lead to costly wrongful death lawsuits against police and the cities that employ them. That is yet another reason to curb their use. 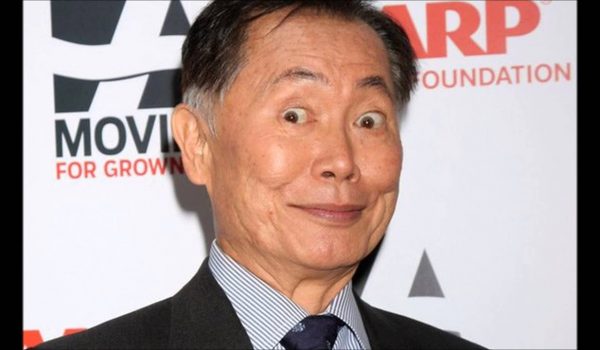 Quote of the Day: ‘When you defend so-called biological sex, you sound scientifically ignorant’
Next Post
Black man who grabbed police Taser shot and killed in Atlanta *UPDATE*