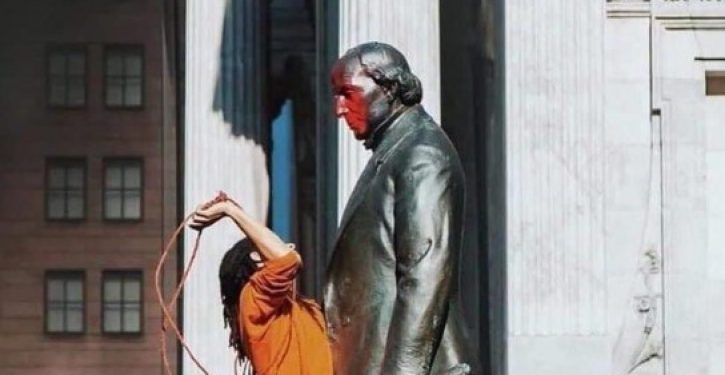 Defacing or vandalizing statues is a risky business. We saw this earlier this week when a protester in Portsmouth, Va., was seriously injured after a Confederate statue he was helping topple landed squarely on his head.

Sometimes the risk is less serious, damaging only the ego, though the pain of having done something hopelessly stupid can be just as real. Such is the case in Philadelphia, where Black Lives Matter activists smeared red paint all over the face of a statue of Matthias Baldwin, scrawling colonizer on the pedestal. So who was Matthias Baldwin? He was an industrialist, inventor (he perfected a stationary steam engine for locomotives), and philanthropist who lived from 1795 to 1866. Not much there warranting a paint job.

But there is even less when you consider that Baldwin was also a resolute abolitionist. He clung tenaciously to his opposition to slavery even when it hurt him financially: His competitors used his benevolence against him to sell locomotives to railroads based in the slaveholding South.

In 1835, Baldwin donated funds to establish a school for black children in Philadelphia, paying the teachers’ salaries out of his own pocket for years to come. The half-wits who defaced his statue must be feeling very proud indeed.

If protesters are hell-bent on blotting out the memory of historical figures who oppressed the masses, they might want to refocus their attention on Seattle. There they will find a 16-foot-high bronze casting of Vladimir Lenin, a contemporary of Joseph Stalin who was guilty of murderous repression.

Biden says MLK’s assassination ‘did not have the worldwide impact that George Floyd’s death did’
Next Post
Georgia judge orders monument removed; people might hurt themselves trying to topple it 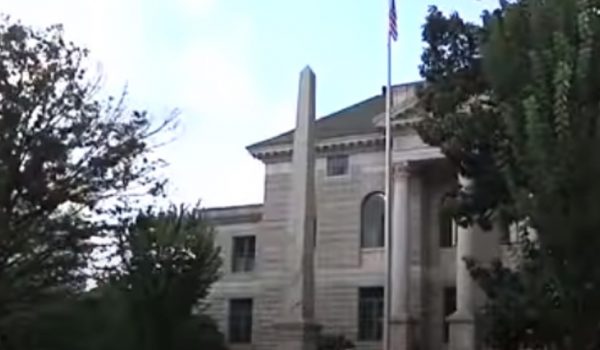