On Thursday, Los Angeles became the first U.S. city to make good on its threat to beginning defunding its police force. The initial phase of the plan, as Hans Bader noted, will cut the city’s police department budget by $150 million.

It might be useful for Americans who unquestionably accept Black Lives Matter as a civil rights group and believe the myth that America is a fundamentally racist country to engage in a little thought experiment à la Frank Capra. What would it be like, they need to ask themselves, if the police had never been born?

One American city, New York, has already been treated to a taste of that alternative reality. It came in 2014, after a crazed gunman assassinated two NYPD officers as they sat in their patrol car. The killer explained to authorities that it was payback for the police killings of Eric Garner and Michael Brown.

As Jeff Dunetz reporyed at the time, New York’s finest made 66% fewer arrests in the week following the utterly senseless murders of Officers Rafael Ramos and Wenjian Liu.

“I’m not writing any summonses,” one member of the force is quoted as saying. “Do you think I’m going to stand there so someone can shoot me or hit me in the head with an ax? I’m concerned about my safety. I want to go to home to my wife and kids.”

He was not alone. An NYPD supervisor remarked, “My guys are writing almost no summonses, and probably only making arrests when they have to — like when a store catches a shoplifter.”

Noting that these actions arose not out of spite or to make a political point, J.E. Dyer reminded us:

That’s not the function of the police, any more than it’s the function of soldiers to die so that politicians and the public don’t have to adopt better national security policies. We don’t suit up either our military or law enforcement professionals to go forth and serve as bullet sponges, so that the rest of us can remain ‘innocent’ and disengaged, at liberty to focus on video games, race politics, and Kardashians.

Perhaps the most tragic part of eliminating police is that the segment of society this “reform” is meant to help — the black community — would suffer the most grievously. After the murders of Ramos and Liu, residents of the largely black Brooklyn community they had been patrolling complained about the wait times for police to arrive when called. As former New York City Mayor Rudolph Giuliani points in this interview with Fox News Channel’s Bill Hemmer, black people call the police for help seven times more frequently than whites do. And with good reason. As Giuliani also notes:

Bill Hemmer: Number one, the reforms, they have worked when they have taken place in other cities. Will this help, Mr. Mayor?

Rudolph Giuliani: Well, the reforms are certainly needed, I think they’re certainly going to help. But I also think that to make it appear as if police brutality is systemic is — it’s really propaganda. I mean, police brutality is an issue but it’s not the major issue that they are trying to make it. The protests insofar as they raise the issue of the injustice to Mr. Floyd are absolutely correct. But as they raise the issue of some kind of massive police brutality, if you look at the statistics, only 10 percent of the shootings of unarmed people involve blacks, 20 percent involve whites. And the encounters, The Times has an article, a fraudulent article like this, they say that the police in Minnesota 7-1 encounter blacks over whites. However, they don’t mention that unfortunately and tragically, blacks account for 79 percent of the homicides. So the reason that’s happening is to protect the black community. The reason that the police encounter blacks seven times more than whites is because seven times more than whites, black people call the police for help. But the police don’t initiate focusing on black people. The black community calls the police and says, this man robbed my house, this man was involved in the murder, this person was involved — now, that’s not racist, that isn’t anything but the truth. What we have going on is a left-wing narrative that is very, very false, it’s very dangerous because we’ve had about 300 police officers injured at least. In my own city it’s ridiculous how many cops have been injured.

Hemmer: We’ve seen that. Let me try and get to two more issues here. There is in a lot of cities now an effort to defund the police. Joe Biden said earlier today some cities have more than they need. I don’t know which cities that might be.

Hemmer: Here’s the question, sir. Do these efforts to defund the police go anywhere, do you believe?

Riots: In the real world, Trump administration measures seem to be paying off
Next Post
When it comes to minorities, media honor victimhood over heroism 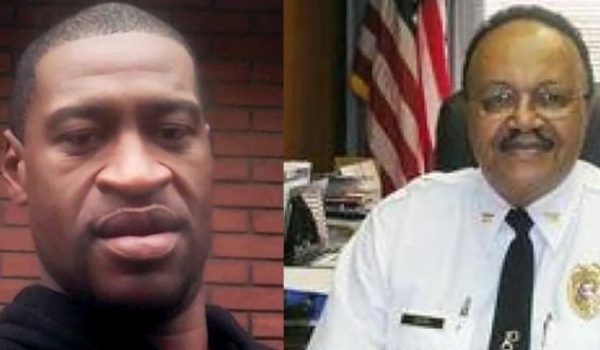