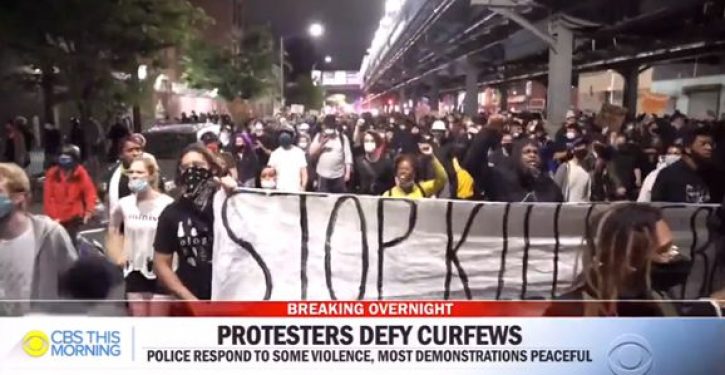 The killing of George Floyd was an outrage. That is a point on which every rational person can agree. Whether the killing justified the rioting and looting and the resultant property loss that have occurred since is a point on which we should be able to agree, but sadly there are some well-meaning but misguided types who condone these acts.

But one point on which there is virtually no agreement is the root cause of black homicide.

According to data collected annually by the FBI for its Unified Crime Report (UCR), blacks are killed in numbers disproportionate to other races or ethnicities. For example, data from the 2018 UCR, the most recent available, indicate that 2,925 blacks were killed as opposed to 3,315 whites. That means that black victims were victims in about 47% of all homicides while whites account for 53% (other and unknown-race victims were about half a percentage point of the total). But blacks make up only 12.6% of the U.S. population while whites comprise 72.4%.

But blacks don’t only make up a disproportionately high percentage of the murder victims. As the chart from the 2018 UCR shows, they also comprise a significant proportion of the killers.

(Note: this passage is updated from the original to reflect two separate comparisons.) First, in murders with black victims in 2018, 325 of the offenders were white or other/unknown race, while 2,600 were black.  Black offenders thus killed 89% of black victims.

Second — in a broader comparison — out of the total number of murders with victims of all races, 3,393 of the offenders were white or other/unknown race, while 3,177 were black. That means that blacks make up a disproportionate 48% of the total murderers – with the overwhelming majority of their victims being black.

Despite the information disseminated by the media in recent days, the black murder problem in the U.S. is not a reflection of police abuse or systemic racism. It is a function, rather, of life — and death — inside the black community, of blacks killing each other. We see this trend playing out on a regular basis in major cities like Chicago, where last weekend more than 80 people were shot, 21 of them fatally. Sometimes the victim is an innocent bystander who took a bullet intended for someone else.

One such victim was the young child described in this candid, hard-hitting commentary by a higher-up in the Milwaukee Police Department that follows. 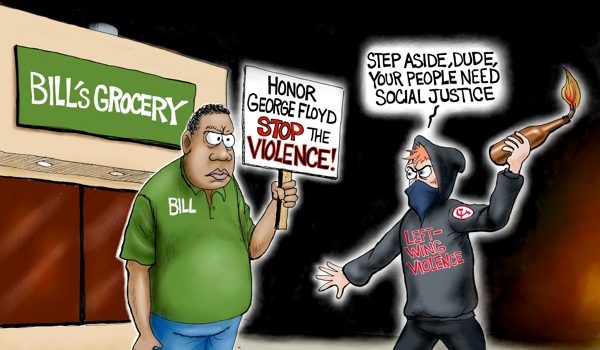 Cartoon of the Day: Feel the burn
Next Post
A white bar owner in Omaha shot and killed a black protester. He won’t face charges.