What can be done to reduce unjustified killings by the police — exemplified by the recent murder of George Floyd in Minneapolis?

The power of police unions to protect abusive members needs to be curbed. Studies have found that violent misconduct rates increased in certain areas as police union power rose due to collective bargaining

It is harder to root out bad cops because of “Law Enforcement Officers’ Bill of Rights” statutes, which are on the books in at least 14 states. States with such laws include Minnesota, where George Floyd was asphyxiated in police custody on May 25, and Kentucky, where Breonna Taylor was fatally shot by Louisville police on May 13, as well as Maryland, where Freddie Gray died in 2015.

Baltimore’s mayor faulted Maryland’s LEOBR law for impeding the investigation into the death of Freddie Gray. Maryland’s law provides that after an incident, superiors can’t question a cop without the presence of a lawyer of the cop’s choosing, and gives cops 10 days to line up such representation. Critics say that by the time those suspected of wrongdoing have to commit to a story, they will have had plenty of time to consult with others about what to say.

The phrasing of LEOBR laws differs from state to state, but Mike Riggs’s 2012 description of them in Reason (“Why Firing a Bad Cop Is Damn Near Impossible”) cites these features as standard:

What happens after the interrogation again varies from state to state. But under nearly every law enforcement bill of rights, the following additional privileges are granted to officers: Their departments cannot publicly acknowledge that the officer is under investigation; if the officer is cleared of wrongdoing or the charges are dropped, the department may not publicly acknowledge that the investigation ever took place, or reveal the nature of the complaint. The officer cannot be questioned or investigated by “non-government agents,” which means no civilian review boards. If the officer is suspended as a result of the investigation, he must continue to receive full pay and benefits until his case is resolved. In most states, the charging department must subsidize the accused officer’s legal defense.

A violation of any of the above rights can result in dismissal—not of the officer, but of the charges against him.

Maryland was the first state to pass a LEOBR, in 1972. Other states have since adopted their own LEOBR’s, after lobbying from police unions. 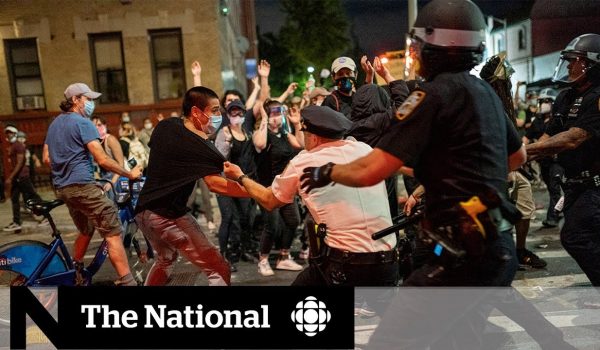 Worse than war: My night besieged by looters and thugs in NYC
Next Post
Biden on COVID: ‘If Trump had listened to me, we’d have another 45-60K people alive’